They were supposed to be distributed to investors’ accounts on Friday after the bell. Still, many had to wait until this morning…sparking a lot of weekend debate and conspiracy theories about what could be happening.

Despite the concerns, the shares began trading as expected but spent the day trading lower after a strong initial pop. 📉 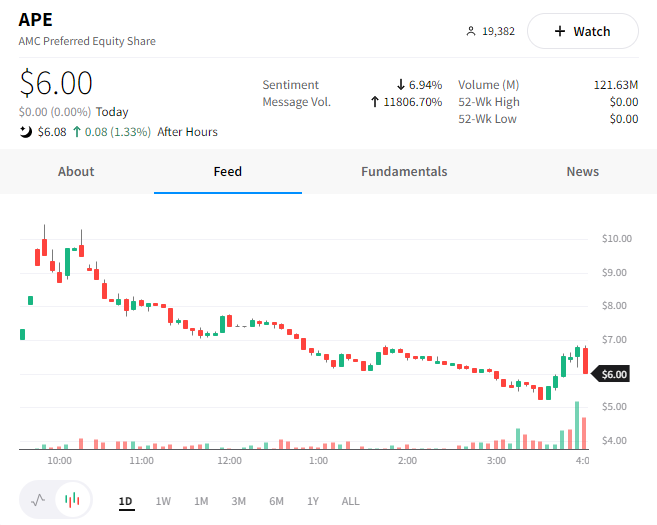 Whether or not this financial engineering move will help the company raise enough cash to turn its business around remains to be seen. Given the stock’s recent downturn, that window may be closing faster than the company had hoped.

AMC investors saw their common equity shares plummet over 40% today, back to their lowest levels since June. 🔻 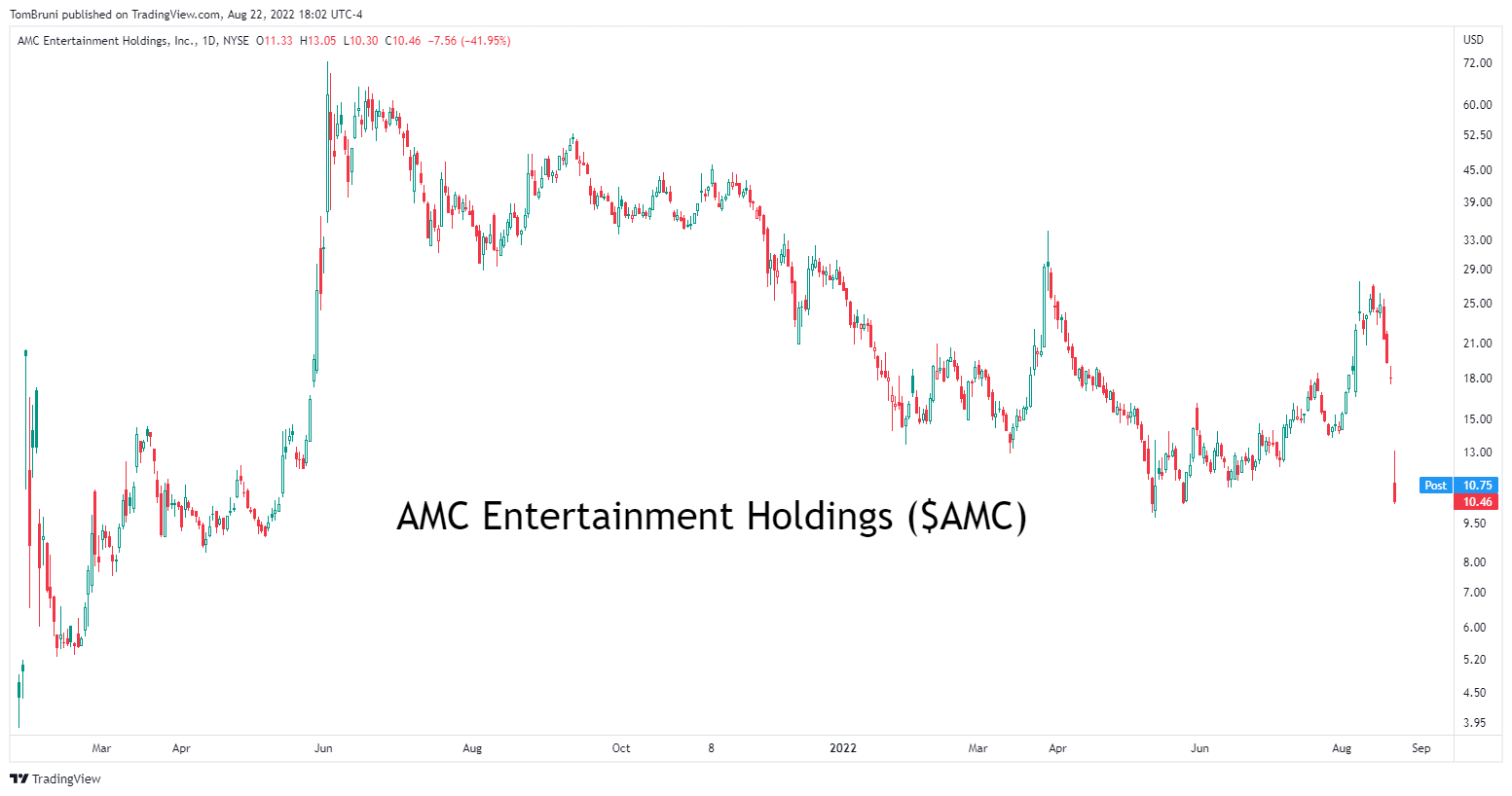 What contributed to the drop was likely a mix of the special dividend, weak market environment, and news that its competitor, Cineworld, is considering filing for bankruptcy. 😬

If you want to keep an eye on $APE shares over the coming days and weeks, join the 20,000 other investors and traders on that stream. 👀

As the Federal Reserve continues to raise rates and the economy heads for a recession, investors have little patience for money-losing companies. Especially those that aren’t growing.

If you don’t believe us, just ask DraftKings investors, who saw their investment plunge today after the company’s quarterly earnings report. 📉

Beyond Meat Continues Its Cuts

The struggles at Beyond Meat continue.

Today, the company drastically cut its revenue outlook for the second time due to slowing demand for faux meat as consumers look for chapter options in the current inflationary environment.

Elon Musk officially closed his $44 billion Twitter takeover last night and is wasting no time at all in making changes. We guess we wouldn’t either if legally forced to spend $44 billion, but still. 😂

It began with Musk entering Twitter’s San Francisco headquarters on Wednesday carrying a sink and changing his Twitter bio to “Chief Twit.” 📝

The Metaverse Finally Has Legs

At Meta Connect, Mark Zuckerberg announced that the Metaverse finally has legs. 🦵🦵

Well, not legs like the idiom’s meaning of “likely to continue or succeed.” That might be true; however, we mean actual LEGS.