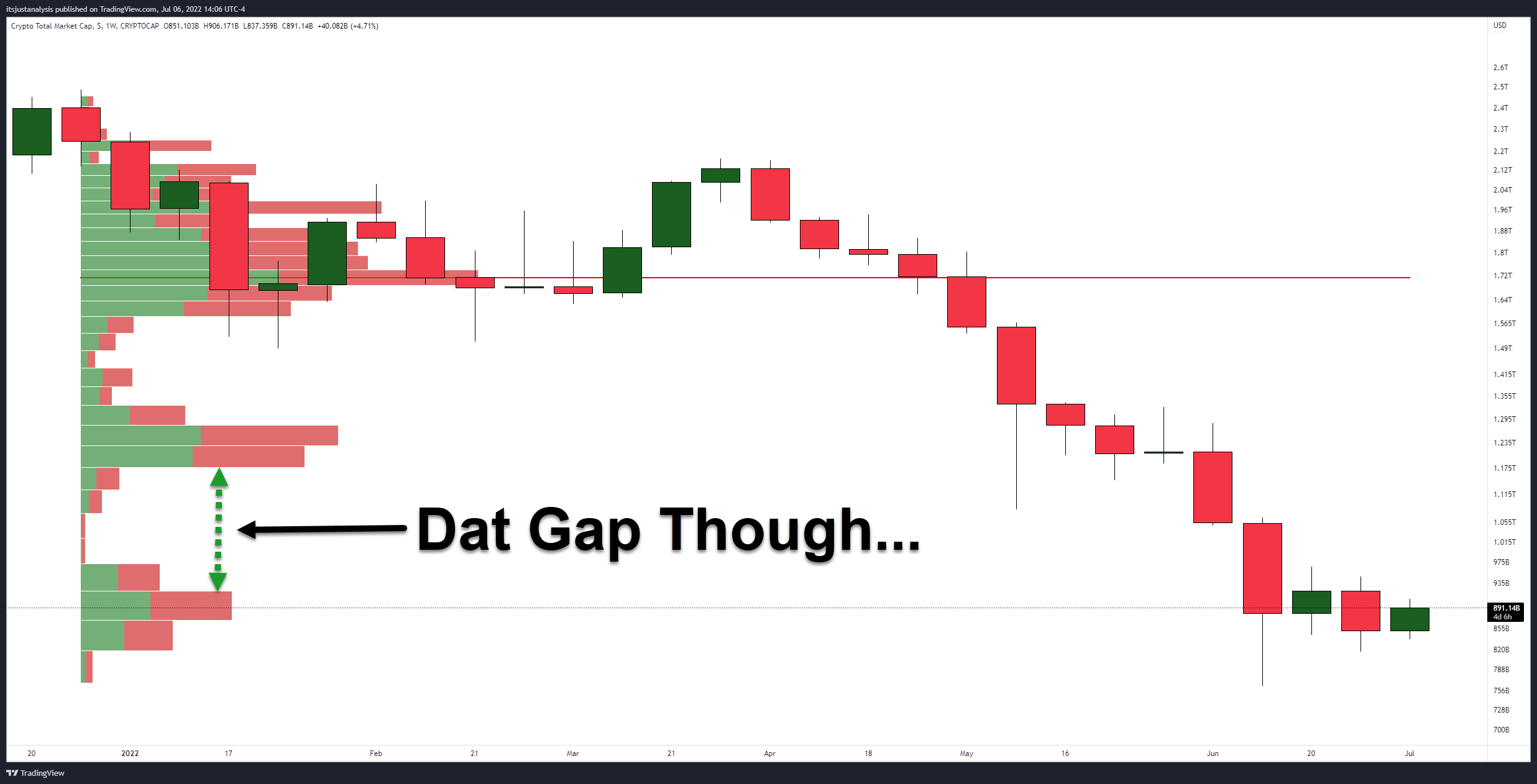 The chart above is the Total Market Cap for cryptocurrencies. The horizontal bars on the image above measure volume at price – in other words, it measures how much of something was traded at a particular price level.

When a whole lotta trading occurs at a certain level, the bars get longer. The longest chunks of the volume profile are called ‘high volume nodes.’ Now, notice the big gap between the green arrow.

Volume profile traders loooooove gaps. Why? Because gaps act like a vacuum. For volume profile traders, this chart and that gap excite them in all the right places. In theory, if the Total Market Cap moves and closes a daily or weekly candlestick above $975 billion, we should expect a violent push higher towards the next high volume node near $1.17 trillion.

It’s going to be exciting to watch what happens at these levels. And the Litepaper will keep you updated when the move happens. 🚀

U.S.-based cryptocurrency exchange Kraken announced today via their corporate blog that they are cutting 1,100 jobs (roughly 30%) to weather the current crypto market storm.

Kraken announced a very generous severance package for their departing employees (which they refer to as Krakenites):

Crypto 101 – Exchange Tokens, What Are They?

Just when you think you’ve tackled the cryptocurrency universe, something new always seems to pop up. One of the newer creations in crypto is the rise and use of Exchange Tokens. You might have heard of a few of them: Cryptom.com’s Cronos ($CRO.X), Binance’s Binance Coin ($BNB.X), and the now infamous FTX’s token, $FTT.X.

Exchange tokens are really nothing more than a type of cryptocurrency known as a utility token. They can be bought and sold just like Bitcoin ($BTC.X) or Ethereum ($ETH.X) – but they have the added benefit of doing something if you’re using it on the native crypto exchange.