No real surprise here, but crypto-lender Nexo ($NEXO.X) has been hit by various forms of cease-and-desist from the States of California, Kentucky, New York, Oklahoma, South Carolina, Washington, and Vermont.

The scrutiny against Nexo varies from failing to register to inadequate representation and disclosure of risks. NEXO has a tiered reward structure for putting cryptocurrency into their Earn Interest Program, generating interest and passive income.

However, after BlockFi’s record $100 million fine, NEXO almost immediately issued a voluntary stop to onboarding new US clients into the Earn Interest in February 2022.

Coincidentally, one day after the eight State pounce on Nexo hit the news wire on CNBC, Nexo announced it acquired a stake in a US bank – Summit National Bank. In an e-mail to customers, Nexo says the OCC (Office of the Comptroller of the Currency) reviewed the partnership. 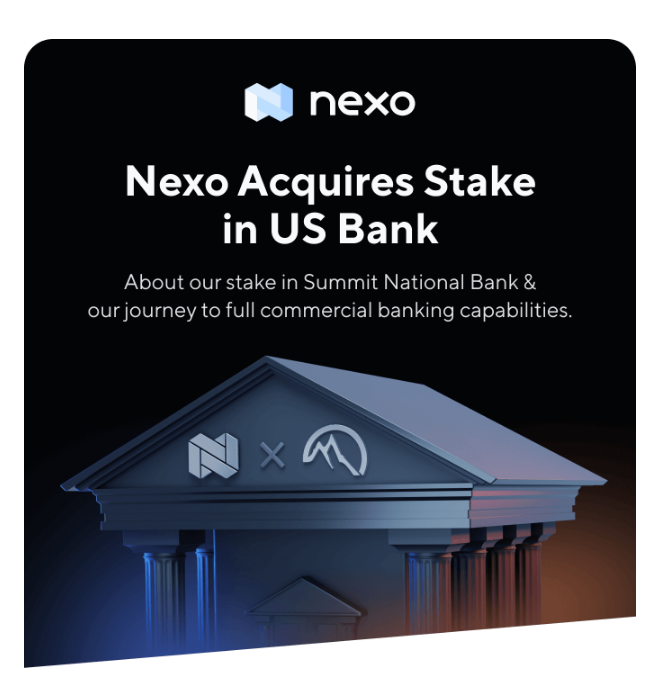 Nexo’s co-founder, Kalin Metodiev, is now a board member of that bank.

Nexo also issued a response via its company blog titled: Nexo’s Stance on US State Regulators’ Cease & Desist Letters Regarding Our Earn Product.

In A Market Of Failure, These 3 Cryptos Suck The Least

If you don’t want all the technical analysis mumbo jumbo, scroll to the end of each crypto for the TL;DR (Too Long;Didn’t Read) summary for what bulls and bears are looking at.

Polygon ($MATIC.X) is one of the few major market cap cryptocurrencies to trade above its Ichimoku Cloud – but it only just achieved that status after Sunday’s close. When you look at the current daily candlestick, there’s a clear struggle to keep Polygon above the Cloud. But that might be hard to do.

Cardano Gets Into The Stablecoin Game

Cardano’s ($ADA.X) primary development team, Input Output Group (IOG), is stepping into a type of cryptocurrency that has a very, very bad reputation:

Two high-profile airdrops lost steam out of the gate this week — the Optimism ($OP.X) airdrop and the Terra 2.0 ($LUNA.X) airdrop.

Both airdrops have been anticipated for the last few weeks, albeit for different reasons: the Optimism airdrop has been eagerly-awaited by early-adopters of the Optimism Network, an Ethereum layer-2 blockchain. Terra’s new $LUNA.X airdrop has been eagerly-awaited by people who lost stacks of cash on the original Terra blockchain.

If you want a breath of fresh air and hope that there is one crypto in the DeFi space doing things right – or at least not anything stupid (that we know of) – then Nexo ($NEXO.X) could be the winner in this current kerfuffle. While a part of the DeFi space, Nexo is really more of a centralized TradFi (traditional finance) than DeFi. Nexo is another of the myriad of services that allows you to borrow and stake/lend for a return with various cryptocurrencies and stablecoins.

Nexo is doing so well that they previously offered to buy Celsius – but that was rejected. However, they did secure a 60-day exclusive to negotiate a buy out of Vauld. Nexo’s CEO, Antoni Trenchev’s recent talks with CNBC gave me some good vibes.