Happy weekend, y’all. Before you lean into your weekend, here are your daily sparknotes for the markets. ❤️

Another Friday for crypto, another… well, end-of-market-week pop. Check out Ethereum’s price action for the last day… can you tell when the stock market closed? 😂

Upstart Holdings ($UPST) added 14.9% today. 🔥 Over the last month, the digital lending platform has gone on an 81% tare.

Google searches for Ethereum hit an all-time high in May according to Exploding Topics, which makes a lot of sense given the increased buying volume on exchanges like Coinbase. $ETH.X has increased 68.2% this month, boosted in part by its recent upgrade called London. 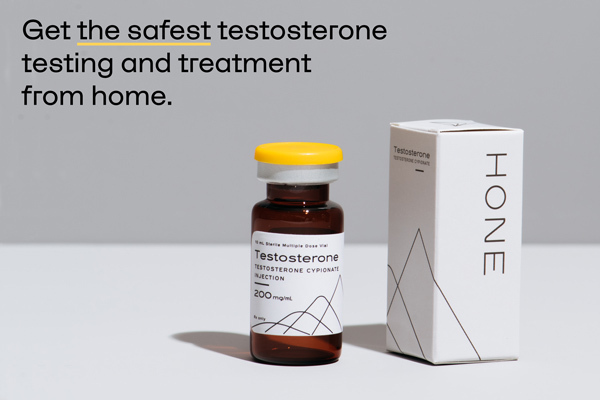 Always tired? No focus? No Sex Drive? Increased belly fat? It could be low testosterone. You can now get safe testosterone testing and treatment from the comfort of home. Complete your assessment and video chat with a licensed physician to go over results and discuss treatment options.

23andMe, the genetics and research company that went public via SPAC, released its first-ever earnings report today. 🧬 🧬 The company went public in a SPAC sponsored by billionaire Richard Branson in June. Analysts were strapped to make estimates about 23andMe’s report. The company ended up posting a wider loss from last year’s Q2 report, but the company’s revenue grew 23% YoY. 🔥

For growing and scaling revenue, 23andMe has been looking to subscriptions and partnerships with pharma firms. Consumers can now access 23andMe+, a subscription which allows people to access more advanced reports. On the business side, genetics research is helping the company discover and test potential drugs. It has been pitched to investors as the “future of personalized medicine.” CEO Anne Wojcicki commented on 23andMe’s first-ever earnings:

“We believe that genetic information is the future of personalized medicine. Our unique research platform enables our customers to actively participate in our efforts to make new genetic discoveries and achieve our goals of helping people live healthier lives and to further advance our drug development efforts.”

Amazon and “union” are two words you don’t often see together in a sentence (aside from the company’s recent union-related problems). However, the e-commerce behemoth has prompted the formation of an unexpected union… and it involves the way that your packages get to your front door. 📦

A coalition of over 100 small delivery companies will launch a new last-mile delivery company called The FRONTdoor Collective. The newly-created business will be managed by former Amazon, UPS, Walmart, and Instacart execs. In case you didn’t know, your Amazon delivery guys aren’t actually Amazon. Rather, they’re a league of hundreds of small businesses acting as contractors to the e-commerce giant.

Many of the collective’s companies deliver for Amazon as part of a Delivery Service Partner program. The DSP program has been criticized for capping the growth of small delivery shops, a problem that’s worsening as Amazon generates FAT cash from the pandemic. That’s the reason many DSP vendors set their eyes on a much bigger prize. 🏆

The size of The FRONTdoor Collective should meet the needs of e-commerce brands and big-box retailers, especially during times of high volume in the logistics biz. Companies are strapped for options as the holiday season picks up, which positions FRONTdoor as a strong alternative to UPS or FedEx. Besides, how can business go wrong with more options?

For Amazon, FRONTdoor is a small threat to Amazon. However, many DSP members have described their relationship with Amazon as a war, and that would require Amazon to play ball if DSP partners ask for more. FRONTdoor hopes to have over 300 members by the end of the year and has ordered 10,000 EVs from automaker Canoo.

After Ethereum’s upgrade last week, Cardano ($ADA.X) is gearing up for its own big upgrade. 📈 The blockchain will finally get smart contract support. Cardano went up by 16% on the news.

The cryptocurrency’s developer announced its much-anticipated upgrade, “Alonzo Purple,” which will be released on September 12.

In a video, Nigel Hemsley (head of delivery at Cardano) shared the upgrade details. The upgrade allows engineers to run advanced smart contracts and decentralized finance (DeFi) applications on the Cardano blockchain, which could help Cardano match the Ethereum network’s capabilities.

$ADA.X is currently the fifth-largest cryptocurrency by market cap and the second-largest network operating on a PoS protocol by the same measure. $ADA.X‘s is presently nurturing partnerships with 140 exchanges and over 300 pioneers in the community.

Investors are betting the next update will place Cardano over the edge compared to Ethereum. 🚀 🚀

We swear that we’re tired of writing about every single engineering problem at Boeing. After assuring that they would solve their plane problems, Boeing picked up a new bit: spacecraft problems. To quote Jay-Z, [Boeing] has 99 problems … and a [spacecraft] is one. 👽 😂

Boeing will cancel a planned test flight for its reusable crew capsule, Starliner, citing the need for “deeper-level troubleshooting of … [the] propulsion system valves.” The capsule will be sent back to the factory and aim to launch later this year, but it’s unlikely it will meet that deadline, according to space journos and experts alike.

Starliner is a reusable crew capsule meant to transport crew to the ISS and other orbital destinations, funded in-part by the government’s new commercial crew program. The only other member of the program is SpaceX, which has already launched its own crewed craft, Crewed Dragon. ⭐

Unfortunately, it’s not the first time that Boeing has fallen behind competitions and disappointed pretty much everybody. Over the last two years, the company has grappled with one technical woe after another. The company’s 737MAX was grounded for over a year after two fatal crashes killed 346. Though the plane was recertified in the US in January, whistleblowers have nailed Boeing for its production and quality assurance problems. The plane is still awaiting recertification in other markets, including India and China.

And even more frequently, Boeing had another problem with a completely separate plane. In July, Boeing confirmed issues with its largest plane, the 787 Dreamliner.

While Starliner does not produce the kind of revenues that Boeing’s aircraft sales do, this spells bad news for the aerospace company. Issues with planes and spacecraft translate to endemic problems in the company, which is certain to shake faith among investors. On the news today, $BA stock fell 1.52%.

📱 Venmo Has A New Design

The Litepaper got a chance to visit with Input Output Group’s (IOG) Chief Marketing Officer, Jerry Fragiskatos. Who is IOG? Well, they’re the team that develops Cardano ($ADA.X) until Cardano is ready to walk on its own – which isn’t very far away!

With Ethereum’s Merge ($ETH.X) already behind us and Cardano’s Vasil hard fork complete just yesterday, there’s a lot of questions I had.