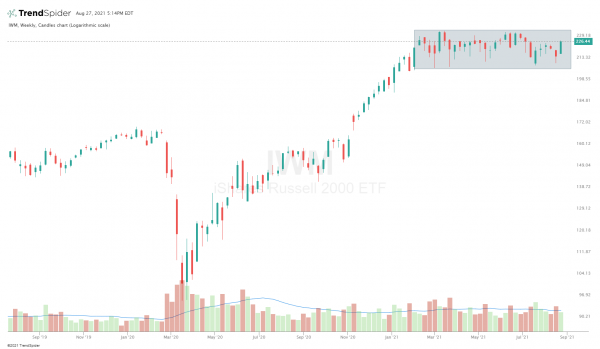 Nine out of 11 sectors closed positive, energy being the leader. ⚡ Utilities and healthcare were losers.

Peloton slid 8.55% after issuing a profit warning and announcing that it’s being investigated by U.S. regulators.

Beijing’s campaign on its internet businesses has intensified. It’s possible that Chinese tech companies could be barred from US exchanges. $BABA lost 3.5% and $TCEHY tumbled 1.7%.

The Deal with The Fed

After days of waiting, investors finally got a glimpse of the Federal Reserve’s playbook for the post-COVID market. ✅

Federal Reserve Board Chairman Jerome Powell indicated that America’s central bank, the Federal Reserve, could start scaling back stimulus this year. The bank will begin to taper its $120 billion in monthly bond purchases. This would be the first step on the path to raise interest rates, showing the Fed feels confident about the health of the economy.

The Fed has been in a war of minds over the last few months. 🧠 With renewed concerns about inflation, the nation’s leading economists have debated the best course of action for the economy. Raising interest rates too early could inflict damage to the economic recovery. On the other hand, raising rates too late could cause more aggressive levels of inflation.

The White House more than doubled its inflation forecast in a recent update. The estimates indicate that the COVID-era Fed stimulus could cause a 4.8% increase in consumer prices YoY. That increase does come with a rise in expected economic growth, though.

On the whole, investors responded well to the Fed Symposium. Stocks rose on today, erasing most of yesterday’s losses. Treasury yields, which have been running up since March, fell a little bit.

Invest In Psychedelic Medicine and A Potential Healthcare Megatrend 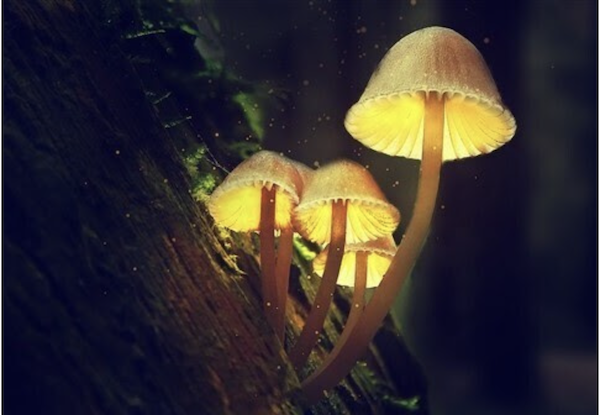 The global mental health crisis is a huge problem. A new approach is needed more than ever before.

For example, over 264 million people suffer from depression worldwide and yet… modern-day psychiatric drugs are falling short.

Psychedelic medicine continues to show great promise to help those who suffer from mental illness. This could be good news for early-stage investors thanks to a company called Ei.Ventures.

Have YOU heard the news?! Rivian, the Amazon-backed EV company, filed for IPO today. 🥳 🥂

Concrete details on the listing have not been released, yet. Goldman Sachs, JPMorgan, and Morgan Stanley are expected to underwrite the deal — Rivian is seeking an $80 billion valuation. Cha chiiing. 🤑

Last month, the EV company closed a $2.5 billion funding round led by Amazon, Ford, and T. Rowe Price. A successful IPO would make Rivian’s listing one of the largest market debuts this year, positioning the company to compete with other high-status EV makers like Tesla. Contingent on regulator approval, the company’s delayed R1T pickup truck will debut this month.

The company also has a contract with Amazon to deliver 100,000 electric vans by the end of the decade. Not too shabby. 😌

The EV maker’s IPO is tentatively planned for Nov. 25 this year. You can follow the conversation on $RIVIAN.P.

It’s All About The Money

It’s all about the money, money, money. Amazon just announced that it would partner with Affirm to add buy now, pay later (BNPL) as a payment option at checkout. 🙊

Starting on Friday, Amazon will roll out the feature to “certain Amazon customers.” The option allows customers to split purchases of $50 or more into “smaller, monthly payments.” However, the partnership will come with one big change: Affirm indicated that some of its loans to Amazon customers will bear interest. 🚨

That’s an interesting statement from a company that proudly flexes “no late fees” or “compounding interest” on its website. The announcement sent shares of $AFRM soaring 29% in after hours trading. Even with that boost, $AFRM is still down 30.1% YTD.

We covered the BNPL business in our Aug. 1 edition of the Rip, where we touched on research suggesting BNPL saw significant growth during the COVID-19 pandemic. Hours after we published our two cents, Square announced its intention to acquire Afterpay in a $29 billion deal.

ESPN, Disney’s sports network, might cash a big check. 💰 ESPN is supposedly negotiating a deal with two sportsbooks to license its brand for sports betting products. The deal is expected to be worth at least $3 billion.

Rumor has it that ESPN held talks with casino operator Caesars, as well as online gambling company DraftKings. ESPN already has marketing partnerships with both companies. But this would be a bit of an upgrade. The deal would (potentially) allow both companies to rename their sportsbook after ESPN and use its branding. In exchange, ESPN wants Caesars and DraftKings to spend lots of money advertising on their network.

The deal isn’t a done deal just yet. However, the deal would likely appease executives who do not want ESPN to be directly involved in gambling transactions, but who do want to capitalize on the sports betting boom. On the other hand, some investors might feel that this is a missed opportunity — ESPN has a reputation for dragging on Disney’s profits, and it could have built its own sportsbook business without the help of third-parties. Alternatively, ESPN even could have acquired a smaller sports betting company. 🤷

As millions of sports fans pull away from cable, ESPN has grown its own subscription business. Some of the network’s programming is now directly dedicated to betting and wagers, among other things.

A critical piece of software that helps keep Ethereum online has a major infrastructure problem. A bug affecting dated versions of Geth, one of the most popular Ethereum clients, is to blame.

Geth is a piece of software that allows users to set up a node and download the Ethereum blockchain. In the early days of Ethereum, operating a node was a prerequisite for using the network. It’s complicated, but the short of it is: you wouldn’t be able to send Ethereum or interact with smart contracts without running the software.

There is one tiny problem. Many users are running old versions of Geth. These older versions have a bug that is causing some nodes to split from the core network, creating another illegitimate version of the network.

This glitch could allow double-spend attacks, which allows crypto to be spent twice. Imagine you have $10 in cash. Now imagine you can buy a book, then a coffee with the same $10 bill. Obviously, this is impossible in real life. However, this is technically possible with digital assets (albeit, very difficult) and definitely problematic.

These incidents expose the unique vulnerabilities that blockchain technology still possess. Today’s controversy didn’t impact the price of Ethereum, which is trading around $3,200.