The Weekend Rip: A Doge Divided 🐕

Before we checkout for the market holiday tomorrow, we wanted to give you a fresh shot of market news. 💉

The S&P 500 will get a new member later this month: Match Group, the owner of Tinder (and like 20 other dating apps), will join the index on Sept. 20.

Sugar futures soared this week after “a frost in Brazil cut the size of the cane crop.” Sugar is up 60% this year. It joins coffee, which has rallied because of excessive heat and dryness. ☕

We’re going to get a refresh on the EIA’s crude oil inventories this week. Oil production was impaired by Hurricane Ida, which battered the Gulf Coast. Oil prices rose 1.5% this week. 🛢️

The original Doge NFT that was bought a few months ago for $4 million has been broken up into tokens that anyone can buy. It’s now worth hundreds of millions. More on that below. 🐕👇🏻

Here’s how the last week wrapped up:

Earnings Come to a Close

It’s official: earnings SZN is almost over. The results were better than analysts expected.

As of the close on Friday, 497/500 companies in the S&P 500 had reported earnings for their Q2 2021 term. Refinitiv found that an astonishing 87.7% reported earnings above analyst estimates. For comparison, the previous four quarters had an average of 83.4%, making this one of the most surprising quarters since COVID started.

You can read Refinitiv’s report from Sept. 3 here. The final 3 S&P 500 companies to report earnings will do so this week. 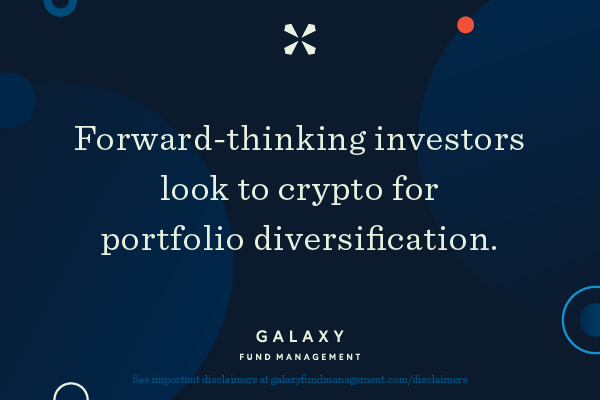 Our diversified digital asset portfolio offers investors unique advantages. Our funds are designed to provide exposure to crypto’s innovation trends and product developments. Invest with Galaxy today and benefit from a supportive partnership to guide you through this emerging asset class.

Remember the original Doge meme that was turned into an NFT and sold for $4 million in June? It’s now one of the most valuable NFTs on the Ethereum blockchain, valued at over $447 million. 💰

This all came about because that one NFT has now been broken up into billions of investible ERC-20 tokens. It’s the most famous example of a new trend emerging from the NFT world: fractionalized NFTs. In effect, fractionalized NFTs allow millions to buy “stock” in an NFT. 🎨

The offering was made on fractional.art, a new platform that allows NFT owners to spin their NFTs off into investable tokens. PleasrDAO, which owns the image, tokenized approximately 16,969,696,969 $DOG tokens. The $DOG tokens, which were sold for $0.013, represent shares of ownership in the NFT. The auction raised 11,942 ETH, worth $45 million, according to MISO.

The original Doge meme has become a staple of the Internet zeitgeist, inspiring the meme coin Dogecoin (which had a breakout year, thanks to Elon Musk and other celeb endorsements.)

Back in April, Epic Games (creator of Fortnite) announced a $1 billion raise. The Epic team noted that the money would support “Epic’s long-term vision for the Metaverse.” At the time, that term had been used sparingly. Now, it’s in a hype cycle.

Epic is 40%-owned by Tencent, a highly-influential media and tech company in China. It also owns stakes in Activision, Ubisoft, and other gaming companies based in North America. Because of its outsized influence, it might be seen as the leading metaverse trade. However, there are some big players that you might not have expected. 🤔

Matt Cochrane of 7investors observes that one of the “buzziest terms this earnings season has been ‘the metaverse.” Big Tech companies such as Facebook and Microsoft have both mentioned it. Facebook, the owner of Oculus, is especially committed to the metaverse business. According to Cochrane, Facebook’s VR/AR division has growth tenfold in just four years.

Independent of Facebook and other big tech players, there are other companies getting a look from traders with their eye on the Metaverse. Cestrian Capital Research picked out Facebook among four other trades: Unity Software, Robinhood Markets, Matterport, and Roblox.

Ultimately, all this momentum is evidence that the Metaverse is absolutely a matter of perspective, but an investing theme that has staying power. 👀 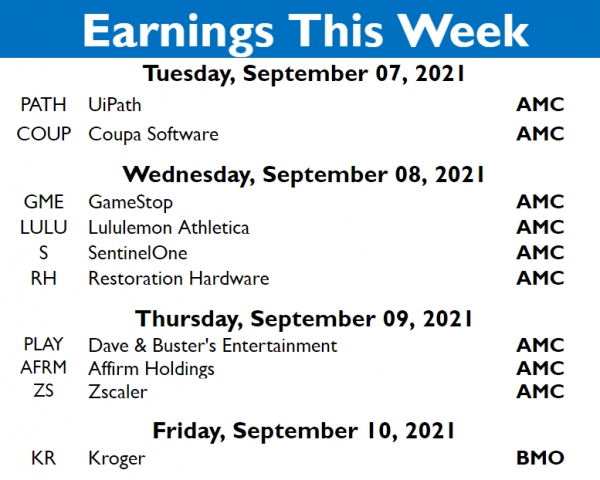 💰This Labor Day, get 1 month of IBD Digital for only $1 and make your money work for you*

🦠 This Virus Shouldn’t Exist (But it Does)

🏈 College Football is Back

🍟 Fast Food Wages Are Up: What Does That Mean for the Economy?

The Weekend Rip: A Big Week for Big Tech

Earnings season is really starting to pick up. It’s going to be a big week for Big Tech (more on that below). We’ll also be watching  some of the smaller tech companies, too. 😉