Good evening, everyone. Today was a terrific Thursday in the market of stocks. 🥂

Oil prices climbed for the third consecutive session, boosted by rising gasoline demand and a drop in US crude stockpiles. 🛢️

Eargo shares nose-dived 68.3% after the hearing aid manufacturer announced that the company is under investigation by regulatory authorities for insurance fraud. $EAR sits at IPO lows.

Chinese real estate developer China Evergrande Group is down more than 40% this month as jitters about the company’s debt situation continue to escalate. More on this below.

Weekly unemployment claims rose this week, one sign that the economy isn’t back to normal just yet.

Throughout the pandemic, initial and continuing claims have been in decline. However, over the last few months, these numbers have remained relatively stable, suggesting the employment recovery is all but over. 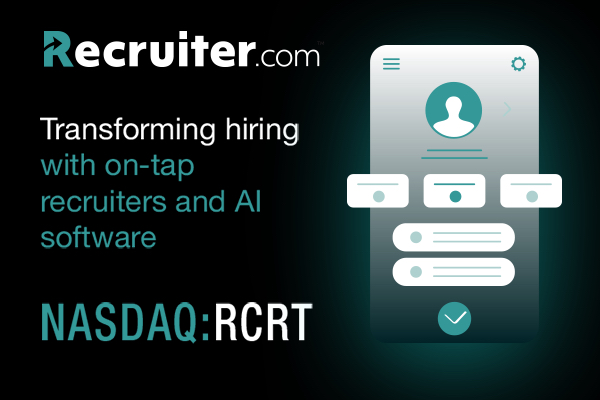 Recruiter.com (Nasdaq:RCRT) is revolutionizing hiring! Companies access a new level of recruiting efficiency with AI Software that indexes over 150 million profiles and a massive network of on-demand recruiters. From startups to the Fortune 50, Recruiter.com helps recruit talent faster.

Though financials are always interesting, FedEx gave investors something bigger to chew when the company reported its Q2 earnings earlier this week.

The logistics giant indicated that it is redirecting more than 600,000 packages a day due to a lack of staff for processing. FedEx President and COO Raj Subramaniam said the company is unable to find workers. The workers FedEx did find demanded higher wages.

The lack of workers at critical sorting and logistics facilities meant FedEx had to send packages to third-parties or last-mile delivery companies. These costs added up, tacking on $450 million more in quarterly costs compared to last year.

Given that labor woes and supply chain troubles have become a staple of the COVID pandemic, it’s no surprise FedEx has run into some processing issues. Some analysts have suggested the holiday season will be a nightmare, so it may be wise to get ahead of that. 🎁

$FDX stock closed down 10.3%. It was the stock’s biggest selloff since the COVID crash. 😬

It’s no secret that Facebook has been under fire recently. 🔥 🚨 To add to the bad press, the tech giant’s CTO, Mike Schroepfer, announced that he would step down from his position next year.

Schroepfer wrote that “This is a difficult decision because of how much I love Facebook and how excited I am about the future we are building together.” Schroepfer shared (on his Facebook profile, the irony 😅) that he will be spending more time with his family and participating in philanthropy. He says will return to the company part-time in 2022. 🤔

“While Facebook may not be nicotine I think it is probably like sugar. Sugar is delicious and for most of us there is a special place for it in our lives. But like all things it benefits from moderation.”

Preparing For The Worst

Earlier this week, China Evergrande Group startled investors all over the world as news emerged that the property giant was at risk of defaulting.

The company built and sold apartments and other developments to the public, but generated excessive amounts of debt in the process. The company’s $300 billion in debt is equal to 2% of China’s GDP. Ouch. Evergrande is “the most indebted property developer“ in the world, at the moment. Its downfall could prompt massive turmoil in China, which could boil over into the broader market like it did earlier this week.

Beijing, which has a history of bailing out “too big to fail” corporations, might not be bailing out this goliath. Instead, Beijing could look to protect individual homebuyers and “smaller banks that could be destabilized by a default,” according to CNBC. Suppliers and investors might be left out in the cold.

It’s still not clear whether or not Evergrande paid its $83.5 million interest payment on a dollar-denominated bond due today. However, Reuters reported that “some [investors had] given up hope of getting a coupon payment by the deadline.“ The company will have up to 30 days to pay before going into default. There are even more obligations awaiting Evergrande next week.

The company has been quiet today, but Chinese officials are supposedly preparing for the fallout. $3333.HK is down 40.4% this month. 👎

After AMC’s CEO Adam Aron conducted an informal Twitter poll on accepting Dogecoin as an option for ticket purchases, the company is supposedly considering ways to offer $DOGE.X as a payment option.

Over 140,000 Twitter users (or 77% of poll participants) indicated that AMC should accept DOGE. 👏 The poll also became Aron’s highest-read tweet ever by a landslide. 😂

Last week, the company announced that it would also accept legacy cryptos like Bitcoin, Bitcoin Cash, and Litecoin alongside Ethereum for purchases at AMC. The absence of the world’s biggest memecoin sent Dogecoin stans into a flurry, prompting the company to explore a Doge-centric offering appealing to the retail crowd.

Fascinated by the public’s response, Aron said “Now we need to figure out how to do that… Stay tuned.” 💪

💉 Who’s Vaccinated for COVID? A Comparison Between Low Income and High Income Countries.

🤖 Attack of the $200 Million Robotic Raises