Bitcoin temporarily broke above $58K before retreating to $57K. Is $60K in sight?? Place your bets… 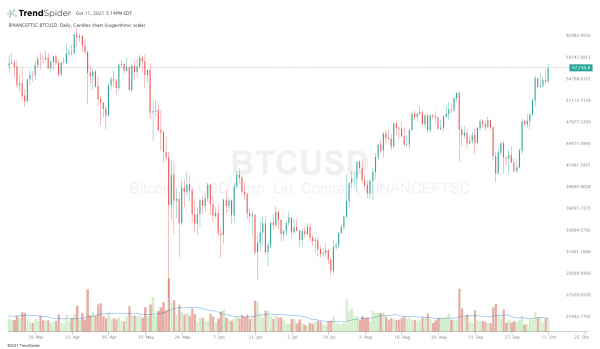 Protagonist Therapeutics ripped 94% after the Food and Drug Administration removed its clinical hold on the company’s clinical studies. $PTGX is currently Stocktwits’ top-trending ticker. Check out our Twitter thread! 👀

Some Turbulence at Southwest

While Southwest appears to be in panic-mode, other airlines aren’t reporting any issues. Not only that, but the Federal Aviation Administration reported “No FAA air traffic staffing shortages have been reported since Friday.” Hmm.

Southwest’s Executive VP, Alan Kasher, responded “I know this is incredibly difficult for all of you, and our Customers are not happy… Although we were staffed for the weekend, we could not anticipate the significant disruption that was created from unexpected ATC issues and bad weather across our Florida stations.”

The company backtracked after blaming other people and Mother Nature for their problems, indicating that their cancellations were caused by flight crew shortages. Lying is never good PR, but we’re still curious what the deal is. 🤔

There are two types of investors out there — those who understand the power of compounding and those who don’t.

The math is what matters — even the smallest differences in after-tax return rates can mean A WORLD of difference over the long term.

That’s why many sharp investors turn to Opportunity Zones when they’ve got gains from the sale of stock, crypto, property, and other investments.  Introduced as part of the Tax Cuts and Jobs Act of 2017, Opportunity Zones are one of the most powerful economic tools available.

Interested to find out how this can turbocharge your portfolio?

Caliber — The Wealth Development Company — has put together this special guide to elucidate why Opportunity Zones are so effective for investors (particularly those with capital gains).

The Future of Volvo ⚡ 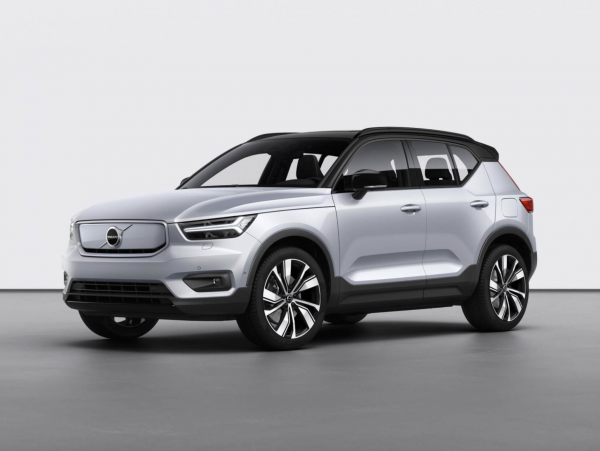 Today, Volvo announced details on an international IPO that would value the Swedish carmaker at over $25 billion. This listing could be Volvo’s big break after years of lagging car sales. 🤞 ⚡

Volvo’s IPO comes as the company stabilizes for its future as an all-EV carmaker. Volvo CEO Hakan Samuelsson commented “The intention here is to secure the future of the company. Volvo will be an electric car company.”

Volvo has always had a strong reputation for safety, but safety alone wasn’t enough to excite buyers in the early 2000s. In 2010, Chinese company Geely bought Volvo for $1.8 billion to boost the company’s car sales and update its existing models. Now, Volvo leads the pack of companies transitioning to the all-EV life — its sales soared 18% in the beginning of this year. 📈 💸

In addition to Volvo’s revitalized status among brands like Audi, BMW, and Mercedes-Benz, the company’s all-EV brand Polestar just announced a $20 billion merger via SPAC. Talk about some electric money move$. 🤑

It’s no secret that the market has been a bit dull as of late. However, the cybersecurity group has been an exception. In fact, in light of Facebook’s two outages last week, it has become too hot to ignore. Here are a few of the hottest cyber-stocks…

Cloudflare, Inc climbed 3.30% to all-time highs. The cybersecurity stock has been incredibly strong in each session following Facebook’s crashes last week. The sessions are marked by an arrow. 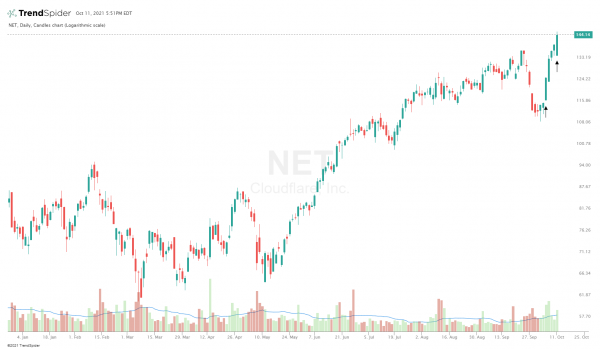 Palo Alto Networks gained 1.42% today and registered a record close. $PANW sits less than a quarter away from $500. 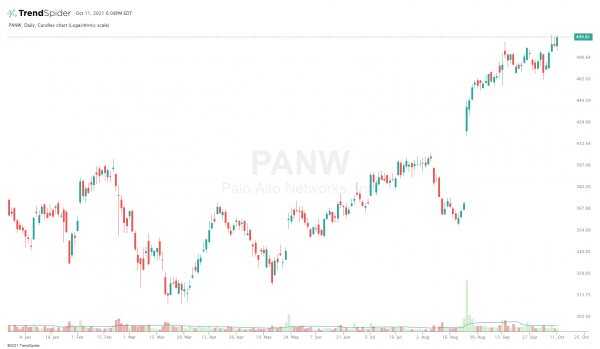 The Global X Cybersecurity ETF ($BUG) just bounced off prior highs set earlier in February. Will this line in the sand continue to hold or is $BUG on its way to retest $30? Place your bets… 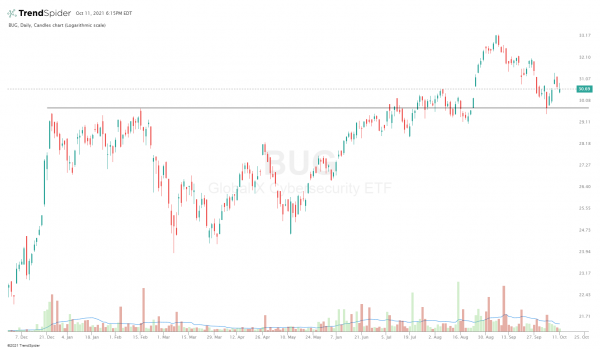 It’s no secret that Netflix is diversifying. In June, the company began expanding its podcasting footprint. Two weeks ago, the company picked up its first game studio as part of its new gaming initiative. Now the company is teaming up with a big retailer to sell merch from their biggest hits.

Netflix announced a partnership with Walmart on Monday, which will include plush toys, t-shirts, cassette players, and the like. The partnership will also include a feature that allows Netflix fans to vote on what merch they’d like to see.

This is a big step up from Netflix’s existing web store, the Netflix Shop, which launched in June. However, both are capitalizing on the popularity of “Squid Game”, “Stranger Things”, and other shows.

This model is no stranger to competitors like Disney and NBCUniversal, which have used physical merchandise to generate ancillary cash and boost their biz. However, it also speaks to another urgent need for Netflix: the need to remain relevant.

As other streaming platforms tune into Netflix’s frequency, the urgency to create profitable and popular content becomes more dire. Other competitors such as HBO Max, Prime Video, and Disney+ have found new momentum, catching up with the market leader.

📈 Video: What Would Your $1,200 Stimmy Be Worth If You Invested It In Crypto?

🛢️ Oil Supplies Are Tightening At A Time Where They Should Expand

💨 The 27-Year-Old Friends Behind Puff Bar, The Disposable E-Cigarette