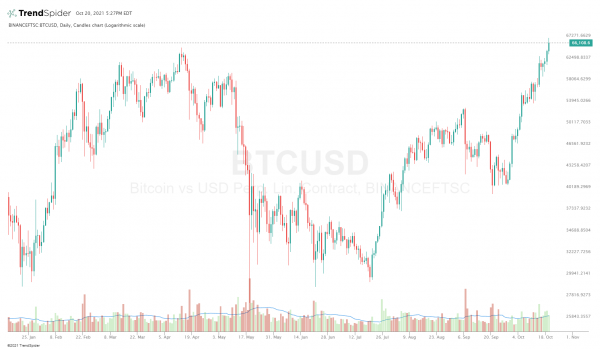 The majority of the stock market marched upward. 🥁 📈 Small-caps gained the most, +0.61%. The Nasdaq was the only major index to lose.

Tesla released record profits while beating earnings and sales forecasts after the bell. ⚡ Electric!! More on this below.

Shares of Pinterest popped 12.7% after news broke that PayPal is in advanced talks to purchase the social media company for about $70/share. $PYPL deflated 4.9%.

The moment we’ve all been waiting for… Tesla reported Q3 2021 earnings after the bell today. 🚗  🔋 The automaker posted record revenues and profits in the quarter. 🏆

The automaker produced 237,823 vehicles in Q3 2021 and delivered 241,300 during the period. The overwhelming majority of the vehicles produced and delivered were Model 3 or Model Y model vehicles. The company booked the lion’s share of its revenue from vehicle shares and leasing: $12.06 billion (87.6% of revenue.) 🚀 🚀

The remainder of the company’s revenue was derived from the energy and storage and services and other segments, which represented $806 million (5.9% of revenue) and $894 million (6.5% of revenue), respectively.

All-in-all, the company booked over $2 billion in income from operations. After taxes and interest expenses took a bite out of that, the company’s (GAAP) net income for the quarter was $1.62 billion. 😍

In advance of Tesla’s earnings call today, investors were able to submit questions on Say Technologies. Among the questions were inquiries regarding the company’s new 4680 battery cells, production of a cheaper $25,000 model, and factory developments. Teslarati maintained a liveblog of the earnings call, which can be viewed here.

Invest in Real Estate, All Online. 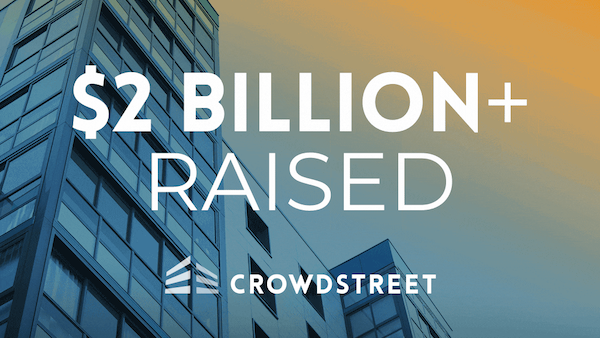 A new hotel in Miami.

A biotechnology lab in Boston.

A student housing complex at a Big Ten University.

Invest in something real with CrowdStreet, the nation’s largest online real estate investing marketplace. Break free from the stock market, diversify your portfolio, and get in on the next deal.

Fintech giant PayPal is reportedly in talks to acquire social media site Pinterest. The deal could value Pinterest at $39 billion.

PayPal’s interest in the image-sharing service supposedly has a lot to do with e-commerce on social media, a space which Instagram famously (and controversially) explored last year when the platform replaced our Instagram feed with a Shop that nobody asked for. 😒

The burgeoning space of “social commerce” has become a hot spot for other companies, too. Twitter’s CFO indicated that e-commerce was becoming increasingly important to the platform. A CNBC article on the reported deal indicated that Shopify and Affirm also presented a threat to PayPal’s business.

The Pinterest deal isn’t a done-deal quite yet, but considering PayPal’s desire to build a “super app,” these talks look pretty credible. PayPal sits in a busy corner of fintech — payment processing. Given Square, Stripe, and Affirm’s reach with point-of-sale, pay-as-you-go, and digital payments, PayPal might write this check to safeguard a new corner of the market. 🙌

$PYPL, which also owns Venmo and Honey, fell 4.9% today on the news.

Amidst all the market chaos going on, it’s a good thing someone is thriving. According to Bloomberg, Blackstone Inc. is reportedly gearing up to raise capital for the biggest PE buyout fund ever. 💪

Private equity funds are pools of money raised from investors that firms use to buy companies (or other asset classes, like real estate) which yield high rates on return on initial investments. It’s reported that Blackstone could raise up to $30 billion for its next private equity fund with the raise tentatively scheduled to begin next year.

Meanwhile, similar firms are looking to boost their fund sizes, too — it’s estimated that 6,000 different PE funds are fixing to pull in over $1 trillion to fill their coffers and makes some deals.

Two years ago, Blackstone raised $26 billion for its flagship buyout fund. The firm could also look to raise up to $10 billion for a growth fund. Blackstone’s peers, like Carlyle Group and Hellman & Friedman, just pooled $27 billion and $24.4 billion for their funds, respectively. 🤑

Low interest rates are capping returns for investors, so funds are on the hunt for higher-yield investments. The good news? There’s no shortage of investment opportunities for PE funds these days… unlike the rest of literally every other market right now. 😅 😬

In the spirit of fall, could Facebook be turning over a new leaf? 💭 🍂 The platform is considering a name change after landing in regulatory hot water for its controversial business operations.

Facebook wants its name change to reflect a new ‘metaverse-centric’ brand, which the company seeks in order to be more than “just a social media platform.” CEO Mark Zuckerberg commented on the name change: “We will effectively transition from people seeing us as primarily being a social media company to being a metaverse company.” Facebook’s new name should be announced next week, but the rumor mill has turned out a few best guesses.

Big Tech name changes aren’t uncommon as companies explore new business segments. For example, Snapchat rebranded to ‘Snap’ as the platform ventured into hardware. 💁 Facebook is looking to hire 10,000 workers to build its metaverse, an entire virtual world for users to explore.

📚 Udemy Targets Valuation of $4B in Major Edtech IPO