We Got Coal on Day 1 of December 📉

Howdy partners!! The markets delivered coal to traders on day 1 of December. 💔

Semiconductors were a source of strength in the red tape. 💪 $TSM climbed 3%, $LRCX leaped 2%, and $AMAT ascended 3%.

Utilities was the only sector to manage a gain. $XLU increased a measly 0.18%. Communications capitulated 2.31% lower.

Ambarella ascended 14.13% to all-time highs on an earnings and sales beat. Here’s the full report.

Square and Twitter CEO Jack Dorsey announced he was resigning as CEO of Twitter yesterday, namely because activist investors have had it out for the tech CEO since last year.

Today, Square is getting an all-new parent company: Block. Block will act as the parent that owns Square, Cash App, TIDAL, Spiral (a spinoff of Square Crypto), and TBD54566975 (a bitcoin-focused decentralized exchange.) As the name implies, each company or project is a building block part of a whole.

For anyone surprised by this move, Square’s Block pivot shares some trends among Big Tech lore. Walk with us:

1) Remember Google and Facebook? Or should we say… Alphabet and Meta? Big Tech companies love to rebrand. Dorsey reorganizing Square is tantamount to taking a pen and writing the next chapter for his payments giant. Obviously, he’s going to take Square in a new direction — one that’s all about crypto and blockchain.

2) Remember when Apple CEO Steve Jobs got thrown out of his own company in 1985? This is basically that, but even more alpha. 😅 Jobs went on to found NeXT Computer out of spite. Sure, Jack probably wants to see Twitter succeed. But by all metrics, Twitter is a losing media investment whereas Square is an industry-leading payments solution.

0% of this is surprising to us. Dorsey was quoted back in June saying that Bitcoin was the most “important thing” in his lifetime to “work on.” He added that if he was not at Square or Twitter, he would be building Bitcoin. He elaborated to say both companies had a role in building the world’s largest cryptocurrency.

In our Nov. 29 edition of the Rip, we talked about how Dorsey’s move from the turbulent world of social media wouldn’t be the worst thing in the world. Instead, this pivot is an invitation for Jack to guide Square to the promised land of web3 and Bitcoin leadership. 🏰 ✨ 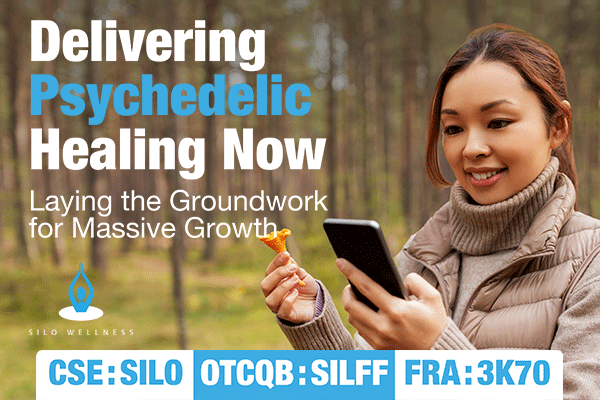 Silo Wellness (CSE: SILO) (OTCQB: SILF) (FRA: 3K70) is delivering psychedelic healing through its guided wellness retreats and the Marley One brand of natural mushroom products. This is an opportunity to be part of the next big trend, w/ a revenue generating company laying the groundwork for growth.

Snowflake surged 12.86% in extended trading after sales over doubled during the quarter. ❄️ The software company beat revenue expectations and also raised guidance.

CrowdStrike had a crappy day (-7.20%), but beat on top and bottom lines after the bell.  The cybersecurity company added 1,607 new subscription customers (+75% YoY) while delivering record operating and free cash flow.

C3AI Inc lost 8.5% and closed at all-time lows heading into it its second-quarter earnings report.  After the close, the software provider exceeded earnings and sales predictions and raised revenue guidance.

Splunk slid 7.7% to 52-week lows leading up to its Q3 report. $SPLK hit its first billion-dollar ARR quarter, quite the milestone.

In the era of ESG-conscious investing (ESG stands for Environmental, Social, & Governance), we have quite the story for you. Securus Technologies, a company which operates prison phones, is in talks to go public via SPAC.

SPACs are somewhat known for challenging the ESG mission. According to Bernstein analysts, SPACs are “one of the most anti-ESG assets imaginable.” This is because SPACs acquire investors before acquiring or merging with actual companies.

Tom Gores’s Platinum Equity is a current investor in Securus Technologies. Platinum Equity is looking for ways to take Securus public — this will likely attract negative attention from social justice activists who demand the divestment of private avenues for mass incarceration.

Facebook welcomes back the crypto ad money faucet. There’s no shortage of money coming from the crypto space right now — arena naming rights, celeb endorsements, and bonuses are just what’s making news and headlines. It seems Facebook, which banned crypto advertisements, wants some of that dough. The platform retreated from its anti-crypto policy, which means the company will begin accepting crypto ads again soon. It’s a big move for $FB and for the crypto ecosystem. Read more in CNBC.

Rise of Omicron. Doesn’t the new COVID variant sound like a Marvel villain? Initial coverage of the virus sent investors for the doors, reports that it Omicron is mild brought investors back, and the mutation’s arrival in the U.S. sent everyone running back to the exit today. 🤦 In no other industry is the effect more apparent than travel stocks. The SonicShares Airlines, Hotels, and Cruise Lines ETF is down 7.3% this week. Check out $TRYP.

📈 Learn how to read stock charts like a pro with 5 daily email lessons from IBD! Sign up for free today*

♥️ Stocktwits’ 2nd Annual Chips for Charity is this Saturday, December 4. Sign up now to secure your spot.

🎁 Got Spotify? Spotify Wrapped Is Here.

💰 WeWork To Restate Financials In 2020 and 2021 After Incorrect Accounting