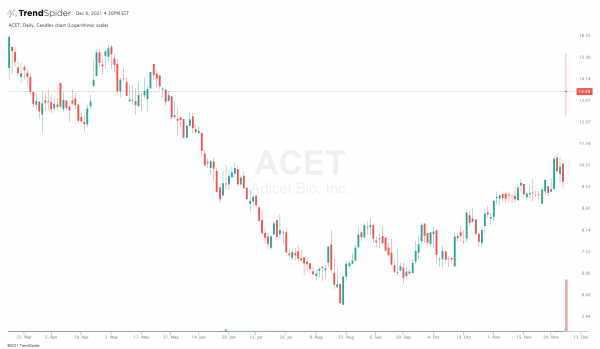 Bitcoin gained 2.66% and reclaimed $50K after getting smoked this weekend.

The SEC has no chill. 🙅 As we approach the holidays, the Securities and Exchange Commission has let up on the hot cocoa and doubled down on investigations. 🔍 More on this below.

With the year coming to a close, people are swapping company time for quality time with family and friends — settling into a holidaze and reflecting on another long, Covid-infested year. 🙃 🎄 🎁 Everyone except… the Securities and Exchange Commission. Instead of snuggling up by the fire, the SEC spent today opening up new investigations.

In a span of mere hours, journos reported that the SEC was individually investigating Tesla, Lucid Motors, and Trump’s new SPAC. That’s a star-studded list of investigations, one that is certain to keep their employees filing casework through the holiday, new year, and beyond. 🌟 Here’s what the SEC (and other regulators) are searching for: 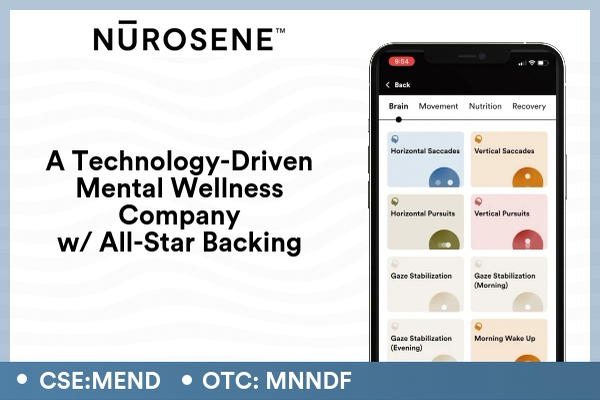 Nurosene has the team, the technology, and the expertise to revolutionize the mental health app space, a market experts expect to reach $310 billion by 2027. Its mission is to build the next generation of better, healthier brains.

The earnings calendar is winding down, but MongoDB got excited in extended trading. 🎉 🎉 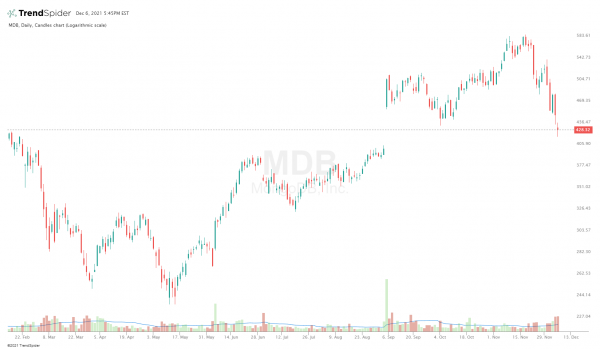 The two brands will host a combined 2,500 restaurant locations spanning 25 states. In 2003, Jack in the Box acquired Qdoba Mexican Eats, but announced a decision to sell the company in 2017 due to Odoba’s falling sales. Jack in the Box is assured that Del Taco’s higher number of drive-thru locations makes the company’s business model a better fit than Qdoba. Darin Harris, Jack in the Box’s CEO, shared:

“This is a natural combination of two like-minded, challenger brands with outstanding growth opportunities. Together, Jack in the Box and Del Taco will benefit from a stronger financial model, gaining greater scale to invest in digital and technology capabilities, and unit growth for both brands.”

Kohl’s might have its work cut out for them. 🙊 The department store chain is facing pressure from activist investor Engine Capital, who is encouraging the company to sell or spin off its e-commerce biz. The activist has accumulated a 1% stake in the company.

This situation echoes a similar one at Macy’s management involving Jana Partners back in October. 💡 Jana Partners suggested that spinning off Macy’s e-commerce business would help the company earn a more aggressive valuation, something we covered in the Oct. 14 edition of the Rip.

Similar to Jana’s suggestions, Engine Capital’s team argues that Kohl’s e-commerce business could be worth $12.4 billion as a stand-alone entity. Kohl’s currently has a market capitalization of $7.3 billion.

Toyota plans U.S. battery plant. Toyota Motor is making a $1.3 billion investment in North Carolina to build Toyota Battery Manufacturing, a battery manufacturing plant. Production is expected to commence in 2025, offering manufacturing for up to 200,000 electric and hybrid vehicles per year at launch. The company hopes to expand that figure to up to 1.2 million vehicles per year. Read more about Toyota’s plans in TechCrunch.

AMC Offers NFTs to Shareholders. Following the positive public response to a movie-themed NFT offered a week ago exclusively to AMC ticket buyers, AMC will now provide second non-fungible tokens (NFTs) to all AMC Investor Connect members. These NFTs will be delivered by the Worldwide Asset eXchange (WAX). AMC hasn’t been a stranger to gambling on crypto before. As a Memestock, it gained hype at the beginning of this year, and that led to the rise of meme-based cryptocurrencies like Dogecoin. AMC now accepts payments in some cryptocurrencies as well.

Apollo seeks buyer for Direct ChassisLink. Apollo Global Management is hoping to offload a critical player in America’s supply chain: Direct Chassislink, the largest U.S. intermodal chassis provider. It’s an unexpected character in the supply chain’s cast, but it’s an important (and expensive) one. Read more about the sale in Axios.

Raven Software employees are protesting layoffs. It’s been quite the drama fest this year in the video game world. In keeping with that trend, the staff at Raven Software (makers of Call of Duty) is organizing a walkout to protest a series of layoffs scheduled to occur by Jan. 28. Workers have demanded that “every member of the QA team, including those terminated on Friday, must be offered full time positions.” Read more on The Verge.

🔭 Turns Out, Launching the James Web Telescope Is the Easiest Part.

🌡️ Expect A Warm Christmas: Temperatures Expected to Be 8-12°F Above Average

🚨 Theranos Is Gone, But Ads for Shady Tests Aren’t