Each major index finished in negative territory. 📉 The Nasdaq fell 2.47% as the weakest index, followed by the Russell 2K. The Dow dropped just 0.08%, the strongest of the four.

Calliditas soared 23% after receiving FDA approval for its treatment ‘Tarpeyo’ for Nephropathy patients. $CALT is now up 28.5% in December. 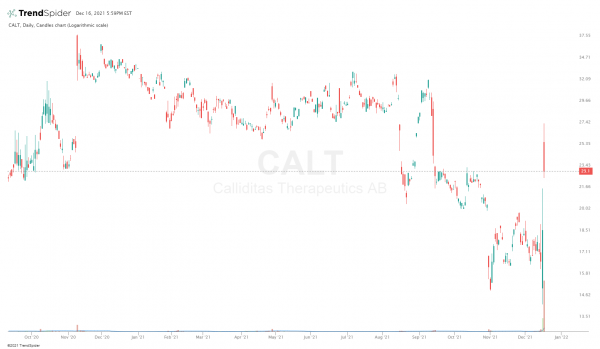 Rivian Automotive got ripped to shreds following its Q3 earnings report. 🔪 Check it out in the earnings section below.

If there’s one company we’ve been hearing a lot about this year, it’s Reddit. Doesn’t it feel like this social media giant should already be public?? Well, the platform has reportedly begun taking the steps to do so.

Reddit announced on Wednesday that it filed a confidential S-1 with the Securities and Exchange Commission. The number of shares and pricing has not been determined, but there are a few clues hinting at what we can expect from this blockbuster IPO. 👏 👏

The company raised a $700 million round at a $10 billion valuation back in August. Reddit also commented that its ad revenue surpassed $100 million in Q2 2021, which was up 200% YoY. That makes lots of sense, given the rise of Reddit communities like r/WallStreetBets to prominence. In August, the company also had over 52 million DAUs.

These factors imply that Reddit will probably be a beefy IPO, offering investors access to a huge social media growth opportunity. Better yet, investment communities on Reddit have already begun to discuss turning it into the next momentum trade. 🚀 Early estimations have pinned Reddit’s IPO as a spicy decacorn event. 🦄 🦄

Only A Few Days Left To Invest In StartEngine!

StartEngine’s current round closes on 12/19! Here’s their highlights:

The SEC wants to control (*get ready for it*) LEGAL insider trading.

Yes, you heard that right. In 2021, 82 big business stakeholders sold more than 3 billion shares of their respective companies, valued at a total of $162 billion in stock.

When company stakeholders have shares in 10b5-1 plans, which are plans to regularly sell shares, they can supposedly insider trade by selling according to their plan’s pre-written instructions. In other words, a stakeholder is protected from insider trading charges if they sell shares within the guidelines of their 10b5-1 plan. However, 10b5-1 plans are deliberately vague to allow sell offs in a host of circumstances.

SEC Chair Gary Gensler reported “Over the past two decades, we’ve heard concerns about and seen gaps in Rule 10b5-1 — gaps that today’s proposals would help fill.” This implies that the SEC will go after the structure of these plans, and the leaders who use them (like Mark Zuckerberg, Elon Musk, Ronald Lauder, and the Walton family, to name a few) to sell massive amounts of shares.

There has been a 50% YoY increase in stock sell offs by wealthy business leaders. Conversations about tax increases, especially the ones outlined in the Democrats’ Build Back Better agenda, resulted in the largest sell off of the year in November, valued at $15.59 billion.

Elon Musk sold over $10 billion of Tesla stock in a month, Microsoft’s Satya Nadella sold off $374 million, Google’s co-founders sold $1.5 billion of their stock, Michael Dell of Dell Technologies sold $235 million , and there are plenty more to add to that list.

Your favorite munchie-delivery service GoPuff is gearing up for an IPO next year. The company just raised $1.5 billion in its latest funding round at a $40 billion valuation.

The company’s latest round —‘Series X’ is what they’re calling it — is a convertible note from Guggenheim Partners. The round has not officially closed, but GoPuff was valued at $15 billion over the summer, so its latest round is kind of a big deal (no pun intended 😉.)

GoPuff is a delivery service for groceries and everyday items where you can expect deliveries at your door in 15 minutes or less. The company launched operations in London this year and even offered to acquire a Germany-based grocery service to expand its footprint in Europe. 🌎

When GoPuff goes public next year, it might become one of the biggest IPOs in recent history — looking to clear a $50 billion public valuation. However, we don’t know much about the company’s financials or earnings. We can only look at comparable businesses like Uber Eats and DoorDash. But from what we can tell, those companies aren’t raking in the profits.

Ultimately, this is a ‘wait and see.’ You can discuss the IPO on the $GOPUFF.P Stocktwits stream.

Rivian reported earnings for the first time as a public company and it didn’t go great… $RIVN plunged 10.5% to all-time lows in extended trading after lowering 2021 EV production estimates. 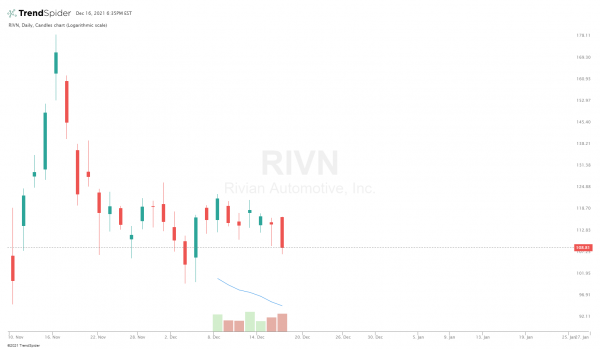 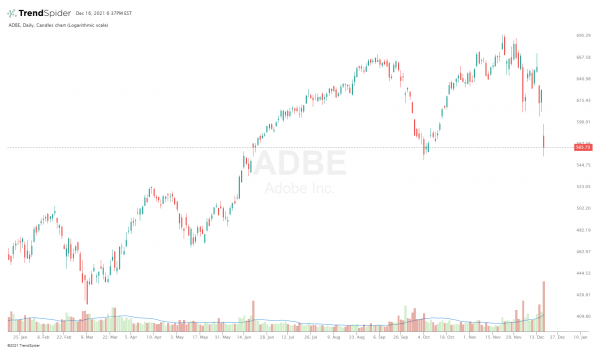 FedEx Corp beat earnings and sales expectations in its Q2 report, but faded 0.94%. Labor shortages are still hanging up the transport behemoth. 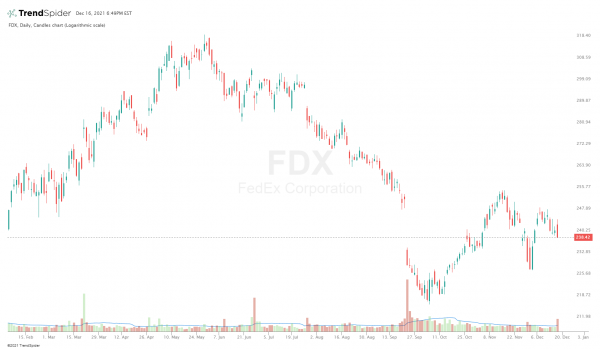 🇬🇧 The Thames Barrier in London Must Never Fail. Here’s Why it Doesn’t.