The Banks Have Spoken

Good evening everyone, and welcome back to the Grande Casino. 🎲

The stock market traded lower to begin the week. Small-caps struggled as the Russell 2000 index deflated 1.57%. The Nasdaq dropped 1.24% to two-month lows.

Every sector sank. 📉 💔 Materials, energy, and financials all descended more than 2%. 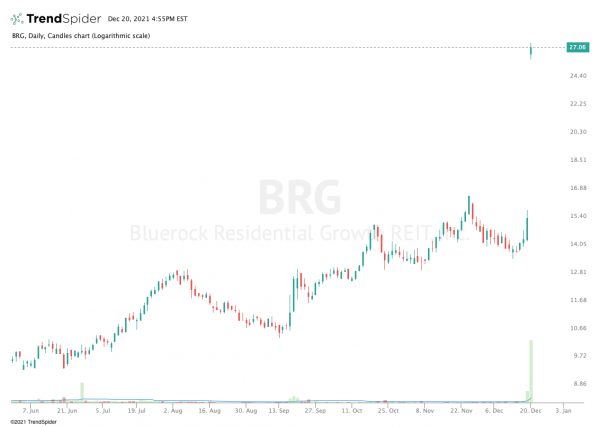 Oracle just made its biggest acquisition ever, buying Cerner for $28.3 billion or $95/share. 🤑

Oracle announced it would acquire Cerner in a deal valuing the electronic health records company at $28.3 billion. 💸

It’s not just Oracle’s biggest acquisition ever, but one of the biggest acquisitions of the year. The deal shares common footing with Microsoft‘s decision to acquire Nuance Communications, a player in text-to-speech software with increasing presence in the healthcare space. It’s no secret that consumer names like Amazon and Google are considering moves in the healthcare sector, but Oracle is a lesser-heard name in M&A discussions. Most investors don’t really think of Oracle as a traditional “big tech” company.

So, what was worth $28.3 billion? In terms of financial gain, Cerner generated revenue of over $1.47 billion in Q3 2021, which was up just 7% YoY. Now that the pandemic is behind the company and people are seeing doctors in person again, those figures will probably rise. Ultimately, Oracle paid for the right to acquire about $5.8 billion more in revenue per year, and hopefully that number will grow at a healthy rate. 📈

But the real question is… where does this deal fall in Oracle‘s masterplan? After all, Oracle is the same company that placed a joint bid with Walmart to buy TikTok. Ultimately, Oracle is paying top-dollar to get a top-dollar name for its foray into the competitive healthcare vertical. The ‘Cerner’ name alone is worth a lot of money. Now, Oracle can call the company its “anchor asset” for a healthcare-related expansion. 💪

An Inflation Hedge for the Coming Year 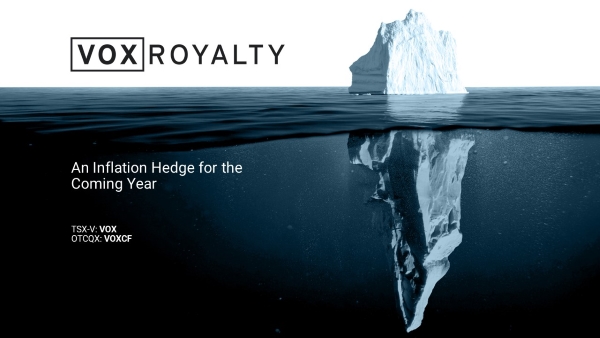 Vox Royalty (TSXV:VOX) (OTCQX:VOXCF) offers investors commodity exposure without many of the risks.

On top of massive leverage to in-the-ground resources, Vox offers leverage to increasing production. With producing assets expected to grow from 5 to over 10 by end-2023. Vox stands out among its peers.

“Spider-Man: No Way Home” certainly brought it home this weekend with the second-highest-ever box office opening in U.S. 👏 💰

It was originally estimated that the film would make $253 million at the box office, but the latest Spider-Man movie actually raked in $260 million. Spider-Man is second only to “Avengers: End Game,” beating out “Avengers: Infinity War” by $3 million.

Spider-Man succeeded in spite of Omicron. Shawn Robbins of BoxOffice.com shared “Even with omicron concerns in play right now, there is a clear runway for a strong run through the holidays pending any extreme developments.” According to Variety, “No Way Home” could be the first pandemic-era movie to reach $1 billion if its current momentum holds up through holidays.

Banks Give Their Two Cents

The markets aren’t looking too hot at the moment, and investors largely have the Fed, Omicron, and end-of-year tax loss harvesting to blame. However, investors are melodramatic (maybe rightfully so) as they wonder if this is the beginning of a prolonged contraction. After all, just 20.3% of stocks are above their 50-day Simple Moving Average (SMA), which is not a piece of information you hear and say: “Wow, I am feeling soooo bullish.” 👎

Three banks have leaned in to the recent action in stocks, all with their own two cents on the matter. Naturally, the most detailed commentary comes from JPMorgan, which believes that an end-of-year short squeeze rally is likely to boost markets. In a report published on Dec. 17, analysts cite “aggressive shorting” in retail equity position and cryptocurrency holdings which have “shown resilience” in recent weeks. JPMorgan expects a small-cap, value, and cyclical rally in January.

Goldman Sachs, which has been historically bullish, expects things to stay bullish. In fact, JPMorgan and Goldman Sachs are the most bullish banks on the S&P 500’s performance in 2022. Analysts at Goldman are not phased by Omicron, although they are taking a closer look at the Democrats’ failure to pass BBB.

Other banks issued their own bytes: Bank of America stayed steadfast to its belief that the stock market will trade flat next year. Morgan Stanley said it expects next year to come at a small loss for investors. Oh, and Wells Fargo simply said that “the probability of a correction is rising” (uhhhhh, no duh?)

Ultimately, nobody knows what to expect. But, it makes sense that banks are clearing their books given the timing of this capitulation. We’ll be keeping a close watch to see who’s right. 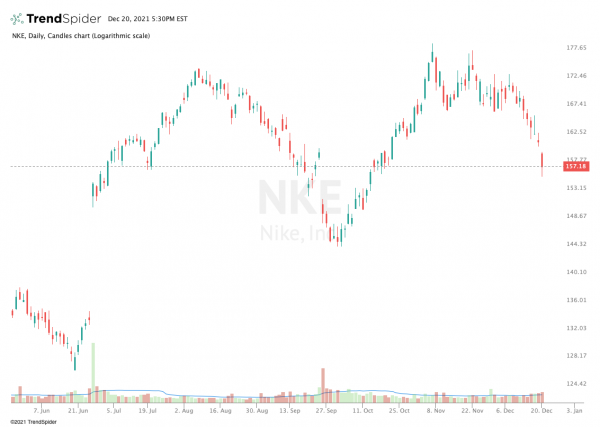 Micron Technology moved up 6.2% after hours following its earnings and sales beat. The company is on track to set new sales records and maintain profitability in 2022. 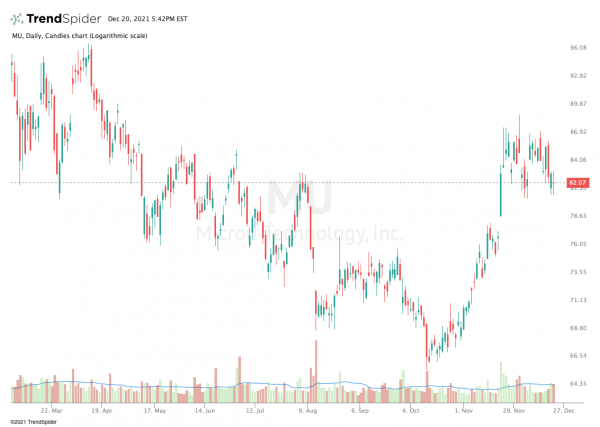 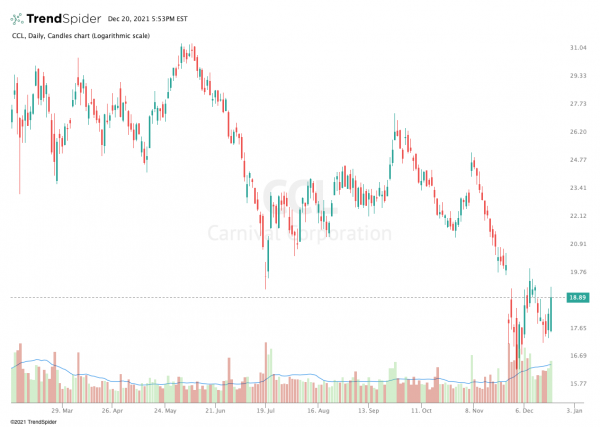 EVs lose after Manchin rejects BBB. Last week, we reported at length about how Democrats planned to punt President Biden’s climate and social plan, Build Back Better. This week, right-leaning Dem Joe Manchin indicated that he did not plan to support the legislation. That made electric vehicle companies big losers today, with some names falling as far as 7%. BBB established incentives for buying electric vehicles, which would have propped up demand for EVs over gas cars. Read more in CNBC.

Turkey’s Erdogan fights Lira collapse. Hours after Turkey’s stock market was made to halt trading due to “rapid losses,” Turkish president Recep Tayyip Erdogan unveiled a plan to protect the weak Turkish Lira. Erdogan indicated the Turkish government would “make up for losses in lira deposits if its decline exceeded interest rates promised by the banks,” but did not indicate how exactly they would accomplish this. The decision comes as Erdogan commits to aggressively low interest rates, despite sky-high inflation. Read more in Reuters.

School closings surge as Omicron arrives. School officials in the U.S. are hoping Winter Break comes sooner rather than later. Covid-related school closings jumped 82% as Omicron made its presence known in the U.S. That brought the total number of school closings to 646 for the week. This might only be the beginning — if Omicron continues to worsen, the likelihood that schools and colleges revert to a hybrid or fully-online model will rise. Read more in Bloomberg.

📫 A New Mailbox For Drone Deliveries

💡 The Age of Financial Misinformation

💔 Only 19.8% of Stocks Advanced Today. Check Out The Heatmap & Winners on Finviz.