Happy Thursday, team. We’re approaching the end of our first week of trading this year… and things were (sort of) looking up after a wild Wednesday session. 🤠

Shares of Bed Bath & Beyond ($BBBY) jumped 11.8% despite missing EPS estimates and anticipated revenue. The jump might have to do with the company’s decision to shutter 37 stores. Sales declined 28.3% YoY. 🤷

Speaking of earnings, there were a few today. You can check them all out on the Stocktwits earnings calendar. (If we’re being honest, you didn’t miss that much.) 😴

The r/WallStreetBets hero made a move today — GameStop shares soared 28% in afterhours after the company announced it would host an NFT marketplace.

To wrap up the Tale of the Tape today, we thought we’d address the elephant in the room. 🐘 If you’ve seen Netflix’s new doomsday flick“Don’t Look Up,” you know that we are now in a heated contest over “who is the most culturally relevant Daily Rip?” Is it the show-inside-a-Netflix-original? Or the Stocktwits original?! (Spoiler: look up “The Daily Rip” in Google to find out.) 😂

NYT Takes Out The Athletic

The Athletic spent much of last year like dozens of other media properties and news sites: on sale. 🚨 The sports-centric publication boasted over one million subscribers in Sept. 2020, making it a high-profile, target prospect for a sale. After nearly a year of rumors, the site has sold to The New York Times for $550 million.

With this acquisition, the finance majors at The New York Times are picking up a beefy (albeit, still unprofitable) business. The Athletic produced $47 million in revenue in 2020, with a net cash flow of -$41 million. In 2021, it was on track to do $77 million in revenue, with a slightly improved -$35 million in net cashflow. Nonetheless, investors liked the sound of this deal… because rising revenues and rising net cash flow can only lead to one thing, right? 😅 $NYT stock rose 4.6% today on the news.

We have been no stranger to covering the media industry in the Rip, which has turned to consolidation in recent years in an effort to boost immunity against Big Tech advertising competition. Last year saw some notable M&A action, especially in the SPAC space, for media players. However, the most star-studded deal of all was Buzzfeed’s public debut via SPAC (especially because the company used its SPAC proceeds to buy Complex Networks.) 💰 💰 So far, that SPAC’s performance has been a disaster, which does not induce investor confidence for the success of other media deals. 👎

That might be one reason why some companies are sitting out the public market gold rush. Vice Media abandoned the decision to go public in a SPAC or IPO, Vox Media bought Group Nine Media instead of rushing Wall Street, and Bustle Digital Group is on the sidelines with its own IPO. That could change… but traditional publishers haven’t put out the greatest metrics in the post-Trump era.

What can investors expect from the media biz going forward? A continuation of the same old, same old. More acquisitions, more consolidation, and more positioning against the media biz’s biggest enemy… Big Tech. 💀 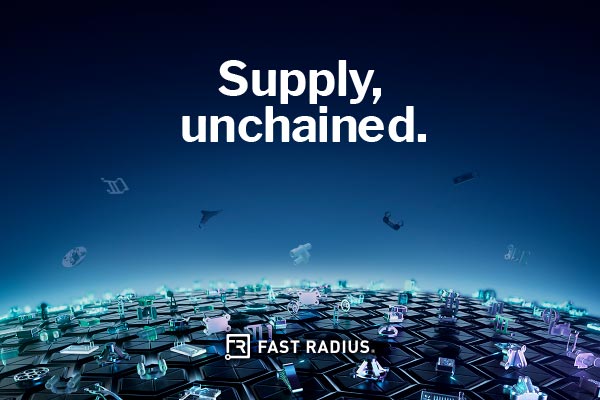 The next industrial revolution is here, and Fast Radius is bringing it to life. We’re empowering the world to design and make what it needs, when and where it’s needed, and we’re looking for investors to help us build the future of manufacturing.

Riots and Oil in Kazakhstan 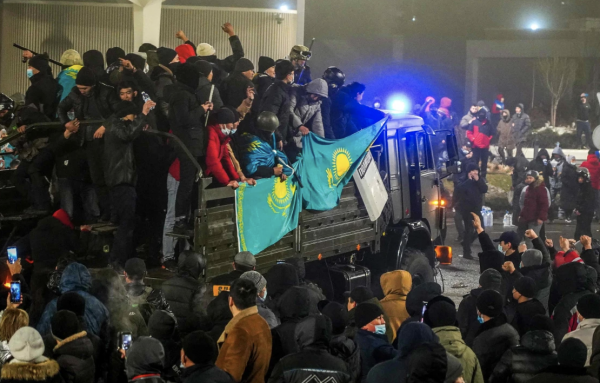 Tens of thousands of Kazakhstan’s citizens are rioting, buildings are on fire, and military troops and police officers line the streets. What started as discontent over petroleum prices has morphed into a full-scale rebellion in opposition to Kazakhstan’s Nur Otan party and the country’s former president, Nursultan Nazarbayev. As civilians have taken to the streets, various leaders in the government have been forced to step down.

The world could soon feel the effects of Kazakhstan’s national riots. Kazakhstan is a member of OPEC, and the country is a huge exporter of natural gas, oil, and coal. Additionally, Kazakhstan is an important economic ally of China and Russia — the country is responsible for 5% of China’s imported natural gas. But Russia and China aren’t the only countries concerned about Kazakhstan’s unrest. Kazakhstan generates 1.6 million barrels of oil per day. And to make matters worse, supply problems in Libya are slowing the OPEC bloc’s production propensity, worsening an already-dire situation for oil production.

Consequently, U.S. oil futures moved significantly to reflect investors’ uncertainty over the political turmoil. West Texas Intermediate crude for February increased 2.1% on the news to surpass $80/barrel for the first time in months. On ICE Futures Europe, Brent crude gained 1.5% to hit $81.99/barrel. Oil and natural gas were hot topics for investors in 2021, and that trend appears to have carried into 2022.

Kazakhstan’s president has promised reforms and even let go of his cabinet to appease rioters. Russia’s Collective Security Treaty Organization announced that it would send additional troops, although that could potentially worsen social tensions.

Humana announced a significant reduction in its outlook for enrollments in 2022, prompting a 19% drop today. The drop erased over $10 billion in market cap from the insurance giant. 👋 👋 That’s no small loss for a Fortune 500 company, but it isn’t an unfamiliar one to $HUM longs. Humana indicated that it expects 2022 net membership growth to be between 150,000 and 200,000 new Medicare Advantage customers. That’s nearly half of what was projected (325,000 to 375,000) for the year. The company cited “higher-than-anticipated terminations” in the election period. People are taking their business elsewhere.

Humana’s lost business will likely pop up with other health insurers, but those insurers fell in sympathy with Humana, too. In fact, Humana’s outlook cut prompted the entire sector to fall. Anthem and UnitedHealth Group took their own 4% dips. UnitedHealth Group’s fall represented the lion’s share of the Dow’s 170-point dip today. 🦁

Bentley Made That Bread 🍞 💎

Luxury automaker Bentley saw a 31% increase in sales of its luxury vehicles in 2021. The company sold a total of 14,659 cars last year. 🤑

“This is our second record sales year in the successive years and is a positive sign of our brand strength, operational excellence, strong global demand and affirmation of our strategic priorities.” Bentley’s best-performing market in 2021 was the Americas, where sales saw a 39% increase. The carmaker’s sales in China increased by 40%.

Bentley, which is part of Volkswagen, has benefited from low interest rates and excessive amounts of cash sloshing around in the economy. However, the luxury automaker has taken a back-burner to the auto giant’s initiatives in the EV space. Volkswagen has dumped billions into its EV pivot, and has even considered spinning off its Porsche brand in an IPO to raise funds for the big shift.

Coke embraces RTD alcohol market with Constellation. Coca-Cola has unveiled a partnership with Corona maker Constellation Brands, dabbling in the ready-to-drink (RTD) alcohol market (which represented over $700 million in retail store sales in 2021.) The company plans to launch Fresca Mixed, which will feature a number of cocktail-inspired recipes using Fresca as a mixer. The news comes one year after Coke introduced a hard seltzer product with Molson Coors. This move also follows expansions by competitors such as PepsiCo and Anheuser-Busch. Read more in WSJ.

New EV players dip as legacy players heat up. Rivian dipped below its IPO price today after Amazon announced a partnership with competitor Stellantis. Rivian’s 17% slump since Wednesday has taken many “new-age” EV players with it, including Tesla (-2.2%) and $NIO (-1.9%.) Meanwhile, analysts are upgrading legacy automakers considering their aggressive embrace of EV pipelines. $F is already up 12% YTD and $TM is up 7% YTD. Read more in CNBC.

Could Allbirds stock fly once again? Allbirds, the sustainable shoe maker, IPO’d on November 3, 2021. The company opened at $28/share, and has since plummeted in value. On Wednesday, $BIRD closed at $13.57, down almost 52% from its IPO price. Today, the stock turned around and gained back 12.23% thanks to an upgrade from Morgan Stanley — could Allbirds take flight once again?? Read more in Markets Insider.

🧠 How An AI Learned How to Play Monopoly