One sector is kicking arse and taking names, though: energy. The $XLE was up 5.1% this week, buoyed mostly by oil & gas players. 🛢️

Meanwhile in cryptoland: the holiday weekend offered some reprieve for the crypto market, which has traded in the red for the greater part of the last two weeks. $ADA.X (+16.4%), $LUNA.X (+15.3%) and $BNB.X (+12.8%) led the ultra large-cap cryptos this week.

Although, one crypto joined the big boys this week… and nobody was even close. $NEAR.X, which has been on a tear, postered the large-caps and small-caps alike, rising 42% on news that the chain raised over $800 million to facilitate growth. With that, it entered a prestigious group of cryptos with market caps north of $10 billion: there are just 23 cryptos that have earned that outsized distinction.

Also, ICYMI: we have a crypto newsletter … and we did an awesome feature with justkila from QiDao, a multi-chain collateralized lending solution. That might sound like a bunch of gibberish, but you’ll definitely want to check out the latest edition of The Litepaper if your interest is piqued by decentralized finance, seeking passive yields while HODLing crypto, and maximizing your crypto. Read it in story #3 of our latest edition.

Also, just a small reminder — markets are closed tomorrow in honor of Martin Luther King Jr. day, so we’re taking the day (and so should you!) We’ll see you back on Tuesday evening. 💕

Here’s what went down last week:

Take-Two takes out Zynga in $12.7 billion cash-and-stock-deal. The game studio behind Grand Theft Auto and NBA 2K announced it would purchase Farmville developer Zynga deal. Take-Two offered a 64% premium and will pay $9.86/share for the company, paid in a mix of cash and stock. Read more about it in the Top Story from our Jan. 10 edition of the Rip.

Inflation is up. Investors got a look at refreshed figures from the Consumer Price Index (CPI), America’s choice indicator for inflation. The CPI rose 0.5% in December, marking a cumulative 7% rise in inflation YoY. Higher inflation is believed to be impacting consumer spending patterns, which is supported by this week’s retail sales report as well — retail sales dropped 1.9% in December. The Fed hopes to arrest inflation this year, but depending on who you ask, some people are more concerned about inflation than others.

Big Banks mark sluggish start to earnings szn. A handful of Big Banks helped ring in Q4 earnings season on Friday, but the results were mixed at best. While Wells Fargo bested Q4 earnings and revenue expectations (net income +86% YoY), its close colleagues JPMorgan Chase and Citigroup were not so lucky. Financials will remain in the spotlight this week… see our earnings section below for more information.

Biogen asks Goldman to help them identify acquisition options. Pharma giant Biogen was supposed to make a fortune on its new Alzheimer’s drug, Aduhelm. Instead, it might cost them billions. The company has asked Goldman Sachs to help them craft a backup plan in-case their pipe dream fizzles out. As you can imagine, that means M&A. The company is reportedly looking into three names whilst continuing its “phase 4 study” to secure long-term approval and coverage. Read the whole story on Stocktwits News. 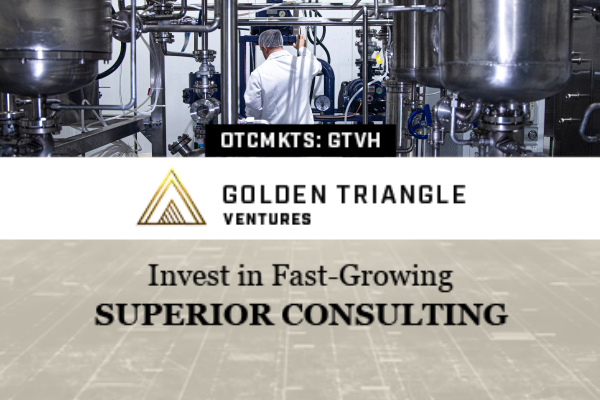 From entertainment to technology, health, food and wine, and more, the expert management and world class consultants at Golden Triangle Ventures are strengthening brands and powering explosive growth in marketplaces across the board.

Need a concise summary of what’s going on this week? Look no further. Here’s your brief for the trading week starting Jan. 17.

Now that Big Bank earnings have tipped off, the earnings are gonna come at us quick. We’ll be covering them in the Rip, but in case you want to keep an eye for yourself, here’s what’s on our radar this week: 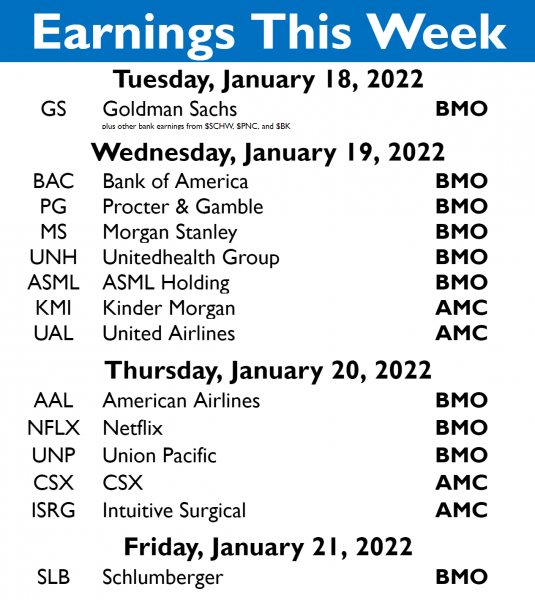 🪙 Our Latest Edition of “The Litepaper”, featuring an Interview With QiDao

⏳ Famed YouTuber Tom Scott Tried To Predict 2022 Ten Years Ago. Did He Get It Right?

🌋 See How the Hunga Tonga Eruption’s Shockwave Traveled Through the U.S.

🪐 A Manned Mission to Mars Goes Through Europe

🕵️ I Paid A Private Investigator To Follow Me for a Month