Utilities was the only green sector, gaining 0.13%. Consumer discretionary, materials, and tech all tumbled well over 1%.

Netflix might have star-studded casts and award-winning programming, but its redeemable qualities have done little to stop users from cancelling subscriptions. ❌

The company’s Q4 earnings (reported today) hit analysts’ revenue figure on the dot and bested earnings by double-digits. Netflix even beat analyst estimates for subscriber additions in the quarter, adding 8.28 million subscribers. Q4 is often Netflix’s hottest time of year, which is part of the reason for the strong figures. 💰

With that in mind, Netflix now has 221.8 million subscribers. But there’s a problem: the company expects lousy subscriber growth in Q1 2022 compared to the same period in 2021.

The outlook comes days after Netflix announced that it would raise prices. 📈 The streaming service will now offer its standard tier plan for $15.50/mo and its most expensive plan for $20/mo. It’s the company’s third price hike since 2019.

These price hikes are necessary to maintain Netflix’s beefy catalog… and to pay down debts and costs. The company raised some $16 billion in debt to pay for content over the years, only swearing off reliance on debt a year ago.

With all that said, investors are concerned (and they’re not sticking around.) 👋 $NFLX fell more than 19% in after-hours.

A Disruptive Force in Fintech 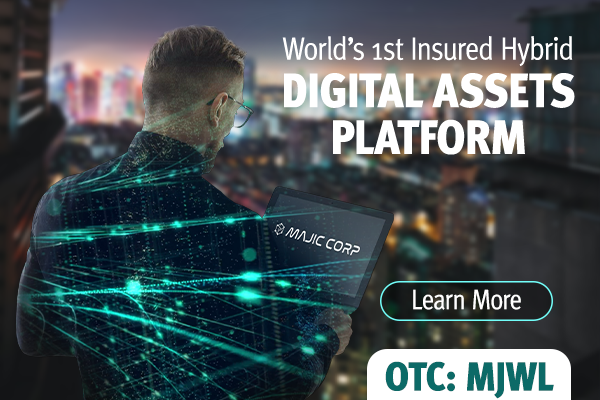 Majic Wheels Corp (OTC: MJWL) has acquired the first fully insured hybrid digital assets platform, CGCX. It is positioned to disrupt the fintech industry, as a safe hedge in the highly volatile markets by providing users access to insured wallets.

Yesterday, we reported that Peloton was preparing to lay off more than 40% of its sales and marketing hires. As it turns out, that won’t be the only thing the company’s laying off…

The at-home fitness giant, which appreciated monstrous growth during the pandemic, will reportedly be halting production of its smart bikes and treadmills. 🛑  ✋ The company cited a “significant reduction” in demand for connected fitness equipment, which has been closely related to pricing and competition.

The news stems from a confidential internal report from the company, which was detailed at length in CNBC. CNBC’s report comes just a day after Business Insider broke a report suggesting that Peloton would use a recent performance review to cut employees in both physical and digital stores. 😬

The company hired more than 3,000 employees in the thick of the pandemic as part of a growth campaign Peloton now refers to as “undisciplined.” The company implemented a hiring freeze in November and reduced its FY 2022 outlook by more than a billion dollars. The company said in previous earnings reports that it does not expect to be EBITDA profitable until FY 2023.

However, when Peloton reports earnings on Feb. 8, we might find that the company’s renewed commitment to cost-cutting could punt its plans for profitability even later down the line. Considering the state of the company — with all the expected layoffs, turnover, and hiccups — it’s possible Peloton might have bigger problems on its hands.

The Great Migration or The Great Upgrade?

The labor market is in a state right now. You’ve probably heard of labor shortages, the “Great Migration,” ongoing negotiations between large corporations and their workers, and monthly jobless numbers. But what if high quit rates aren’t indicative of people staying home, rather… Americans seeking better employment opportunities? 🤔

According to Forbes, the average pay for CEOs has increased 1,322% since 1978 — since the same year, the average workers’ pay has only increased 18%. Since the onset of the pandemic, workers have begun to value flexibility, benefits, health and safety, and compensation more than ever before. In an article by CBS about the “Great Migration,” the pandemic made workers question “What do I wanna do? What makes my heart sing? If not now, then when?”

As quit rates crept upwards in the fall, could it be that workers sought a “Great Upgrade” in their careers rather than just a “Great Migration?” You could even call it a “value migration” — employees of value are leaving to employers that value them even more.

An EPI Economist, Elise Gould, commented on November’s JOLTS data: “what’s often missing from that coverage is that workers who are quitting their jobs aren’t dropping out of the labor force, they are quitting to take other jobs.” December’s payrolls missed estimates by about 200,000 jobs, but we can’t forget — December’s unemployment rate actually fell month-over-month to 3.9%. 💡

Especially among workers in lower-paid sectors, there is a huge surge in the number of adults seeking higher-paid, more fulfilling employment opportunities. In the week ending January 15, 2022, filings for unemployment insurance rose to 286,000, about 27.1% above estimates.

After all, despite the high unemployment figures and quits rates — the unemployment rate isn’t far from where it was in the pre-pandemic Trump era. It’s possible this rise in unemployment may manifest in a shift to new work opportunities for many Americans and for higher expectations for employers. 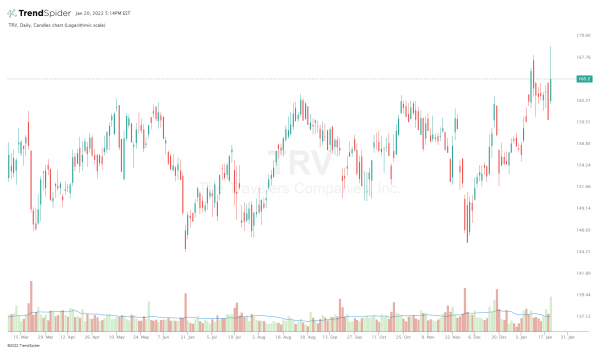 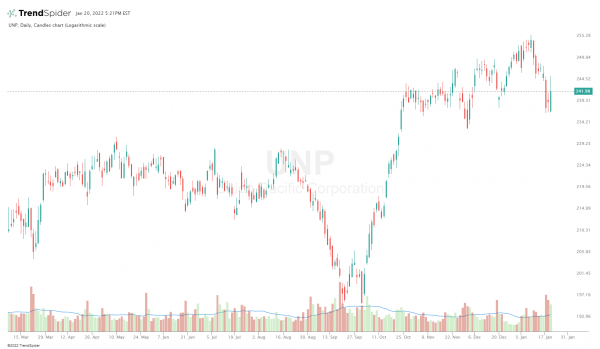 Intuitive Surgical decreased 4.9% in after-hours trading despite beating on the top and bottom line. Slowing procedures led to the dip. 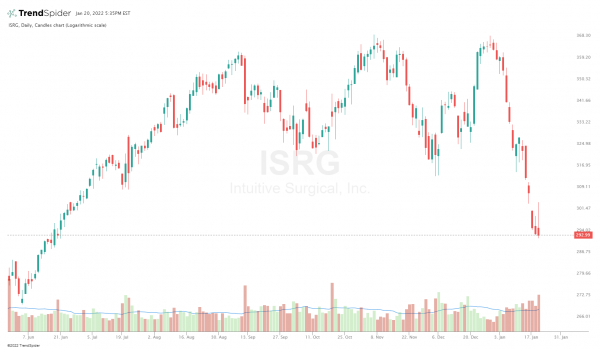 Airlines best earnings, but struggle to take flight on outlook. Despite $DAL, $UAL, and $AAL reporting strong Q4 2021 earnings, the names are struggling to see their share prices take off because of downbeat outlook. The Omicron variant is costing airlines — some airlines expect revenues to be more than 20% below 2019 travel figures.

crypto.com hack worse than originally thought. Crypto exchange crypto.com has reportedly lost more than $33 million in a hack. The company insists that it did not lose customer funds, despite acknowledging that some 400 users were compromised. Feels contradictory, right? Read more in the top story of our crypto newsletter, The Litepaper.

Fed invites comments on potential U.S. digital dollar. The Fed has just completed a study contemplating the implementation of a digital U.S. dollar. Although the Fed has yet to take an official stance on a U.S. CBDC (central bank digital currency), the report admits “A CBDC could fundamentally change the structure of the U.S. financial system, altering the roles and responsibilities of the private sector and the central bank.” The Fed will continue researching and debating the efficacy of a digital dollar. Read more in CNBC.

🤖 Google Is Building an AR Headset

📈 Why Netflix Keeps Cranking Up Its Prices

😠 On Wall Street, Bonuses Are Up But The Mood Is Not