11/12 sectors finished lower. Consumer staples was the only gainer, rising 0.08%. Communications got hit the hardest, dipping 3.38%. 💔

The Bitcoin bear market is in full force after $BTC.X broke down over 9.5% today, reaching a low of $36,175. But this is nothing new to the seasoned crypto investor as Bitcoin has had four drawdowns of over 45% in the last four years. 🐻

Crypto investing is a whole different beast than the world of equities as volatility is heightened in crypto markets.

Here’s the weekly chart of $BTC.X displaying recent pullbacks since 2018: As of now, this is Bitcoin’s shallowest pullback from peak to trough since 2018. This chart could get a lot uglier if $BTC.X doesn’t kick it into gear. Can Bitcoin turn things around? Or will it continue trending lower?? Place your bets…

Ethereum hasn’t done better than Bitcoin, although the two coins have performed in-line since their most recent highs. $ETH.X sliced through the $3K level today on heavy volume like it was nothing. How low can it go?! Cosmos has held up the best out of any coins on a performance basis. $ATOM.X is down just 28.4% from its most recent high vs. $BTC.X and $ETH.X‘s 47% decline. Here’s Cosmos’ weekly chart since inception: 9 of the 10 wealthiest people in the world built their fortunes by owning equity in technology companies.

The world’s top startup investors and CEOs have the answers and with Early Public Offering (EPO), so do you.

EPO’s newsletter and video platform includes interviews with the CEO’s and investors in some of the country’s fastest growing companies. They share where they’re investing their money, the exact investment frameworks they use, and the startup trends they’re watching in 2022. 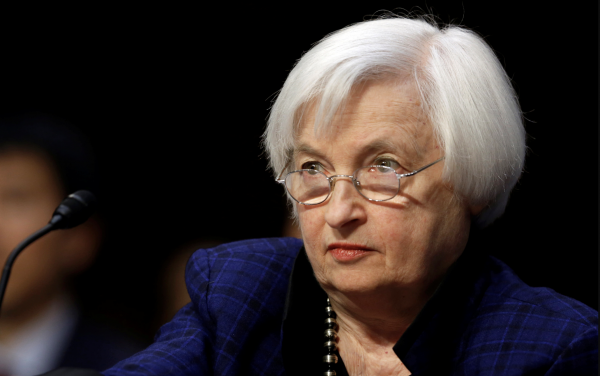 In her speech, Yellen claimed that the Biden administration’s policies “improve upon” the conservative supply-side economics of Ronald Reagan’s presidency — ‘Reaganomics’ entails smaller government and minimal taxes/regulation. Regarding traditional ‘Reaganomics,’ Yellen commented “It is, unquestionably, important to properly implement regulation and maintain a pro-growth tax code. But they are not sufficient and can often be overdone” in a simultaneous criticism and appeal to the conservative economics of the 1980s. 💡

“Our new approach is far more promising than the old supply-side economics, which I see as having been a failed strategy for increasing growth. Modern supply-side economics seeks to spur economic growth by both boosting labor supply and raising productivity, while reducing inequality and environmental damage.”

President Biden’s Build Back Better plan is still suspended due to its lacking popularity among Republicans and some Democrats. With that said, Janet Yellen’s semi-appeal to Reagan-era conservative economics could indicate the Democrats’ new approach to marketing the party’s policies. As a tough labor market and inflation continue to plague the U.S. economy, could a ‘rebrand‘ of Democratic policy appease Congress?? Only time will tell… ⏳

Gaming Workers Have Had Enough

The gaming industry has been quite the hot topic of controversy recently, and today is no exception. 🙅 A gaming studio owned by Activision Blizzard just announced that its workers are unionizing.

Activision Blizzard (which shared its deal with Microsoft earlier this week) owns Raven Software, the studio that’s unionizing. Raven’s union, dubbed the ‘Game Workers Alliance,’ involves a crew of quality assurance employees who worked on games such as “Call of Duty.”

Raven’s workers cite the studio’s recent layoffs as a key reason for their unionization. After Activision Blizzard laid off some of its quality assurance workers last month, many of Raven’s remaining employees protested, and some even called to organize a strike. One quality assurance employee shared:

“We chose to go on strike to express the essential nature of our work and demonstrate that we are not disposable workers. We’re really optimistic that by making workers’ voices heard by leadership that we’re going to be able to make some solid change in our workplace culture.”

Layoff disputes aren’t the only issues affecting Activision Blizzard. The company’s problematic culture has also attracted its fair share of media attention — and it looks like the company’s workers are over it. 😒

Intel will invest $20 billion in semiconductor chip manufacturing facilities in Ohio. We’ve reported on Intel’s chip aspirations in the Rip before as the company was in talks to acquire U.S. chipmaker GlobalFoundries in July 2021. The deal fell through since GloFo IPO’d instead, but Intel’s big Ohio investment shows the company has no intention of slowing its chip efforts. Intel’s CEO says the investment could fund eight different chip factories with construction starting as early as this year. Read more in WSJ.

Arizona is suing the federal government. The state of Arizona is suing the Biden Administration over the Treasury’s threat to revoke the state’s Covid-19 relief funding due to Arizona’s promotion of ‘anti-mask’ policies in school. The U.S. Treasury claims Arizona used its federal aid to suspend efforts to fight the spread of the virus. Several other states have also sued the federal government recently. Read more in WSJ.

General Motors announces $6.5 billion economic development package for Michigan EV factories. GM will drop $6.5 billion to create 4,000 jobs at two different electric vehicle auto plants in Michigan. The plan could be a huge W for Michigan since Ford decided to build its EV factories in Kentucky and Tennessee. Read more in CNBC.

🤑 EPO’s newsletter & video platform is a can’t-miss for tech investors. Sign up here!*

🚜 John Deere Is Facing a Farmer Revolt on Two Fronts

🌯 Making The Chipotle Burrito At Home

🇺🇸 Why Almost Every Town In America Has A Thai Restaurant

💡 How Robinhood Investors Robbed Themselves

Happy Tuesday, folks! It was a green day on Wall Street and beyond — here’s what you missed.

After a brief pause to start the week, the major U.S. indexes continued their rebound. 🔼