Happy Super Bowl Sunday! Or, for those who don’t care too much for sports, happy Superb Owl Sunday!

Equity indexes were 1/4 this week and major cryptos trended to the downside.

Cryptos retreated from last week’s gains amid newfound geopolitical turmoil (and macroeconomic woes.) $BTC.X was up +1.7% on the week, joined by $XRP.X which posted a monster +23.6%. $ETH.X lost -3.2%.

Reflections aside, here’s what went down this week:

Cisco reportedly makes offer for Splunk. Networking giant and tech conglomerate Cisco has reportedly made a ~$20 billion offer for Splunk, a data business with its eyes on cloud computing. Over the last year, Splunk stock has fallen more than 32%, which was only worsened by the departure of the company’s CEO stepped down in November 2021. Read more in CNBC.

Russia, U.S., other countries evacuate diplomatic staff from Ukraine. The U.S., Russia, and other countries have begun evacuating diplomatic staff from Ukraine, marking a meaningful escalation of tension in the geopolitical sphere. The West has charged that Russia’s Putin will soon invade the country, while Russia accused Western countries of causing hysteria. However, the thousands of troops at the Russian-Ukrainian border speak volumes. Read more on Associated Press.

Tesla sued by California over civil rights. American automaker Tesla is being sued by the California state civil rights agency on behalf of “thousands of Black workers” after a decade of complaints and a 32-month investigation. The state charges that Tesla enabled a culture of racism and divisiveness at its California plant, where Black employees regularly endured object of racial slurs. Tesla denied the claims. Read more in the LA Times.

Oil giants show out in latest earnings. The world’s largest oil companies are appreciating peak oil while it lasts, because there’s no telling how long it will. Earnings from companies such as BP, Shell, Exxon, and Chevron show that oil giants are generating “the highest free cash flow since the start of 2008.” Back then, oil was $100/bbl. These days, costs are lower, and although we aren’t there yet, but there’s room to go much higher. Read more in Bloomberg. 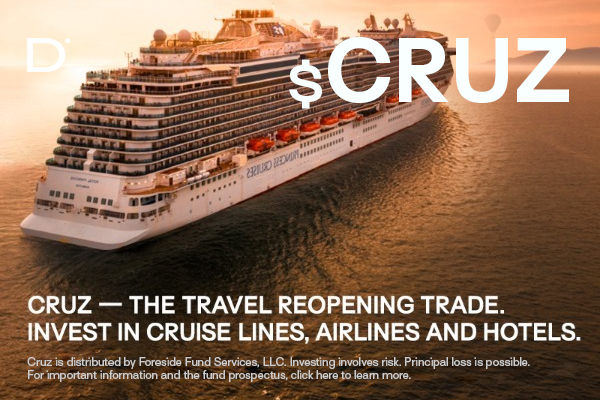 Travel stocks have endured months of uncertainty, but there could be a light at the end of the tunnel. The travel trends of the future promise a travel industry that’s very different from how it looked in 2019, but they all point to an ongoing and sustainable demand to return to travel.

Here’s what to expect from earnings this week: 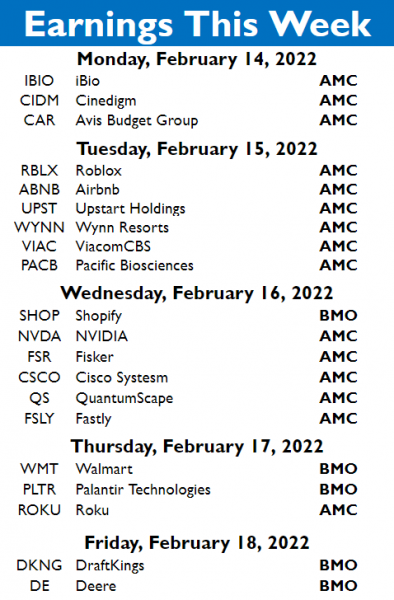 💰 Stop renting Airbnbs…invest in them. It’s a $1.2 trillion market and you can get in here.*

📙 This Version of Wordle Never Ends

🇺🇦 Ukrainians Turn to Bitcoin to Crowdfund its Fight Against Russia

♨️ Will a Kettle Full of Alcohol Stay On Forever?

Stocks swooned midday but rallied back to close near the highs. 📈

In positive news, banks got a thumbs up from the Fed for passing their annual stress test. 👍