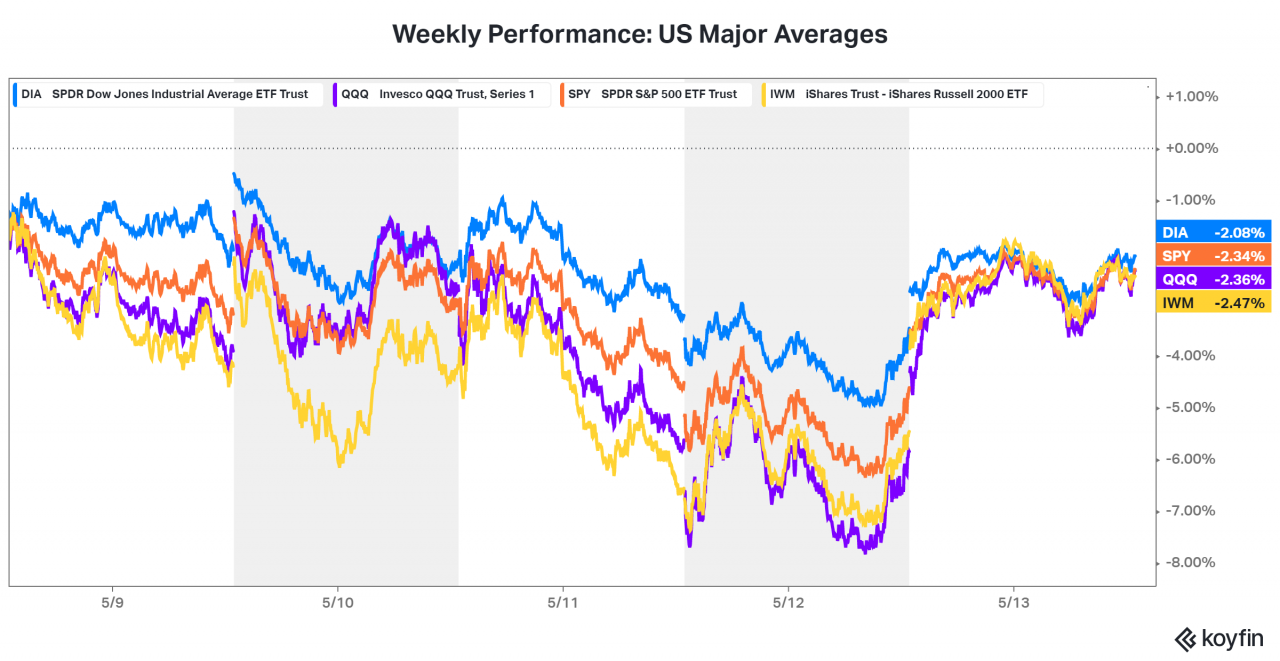 In other news, Elon Musk is doing Elon Musk things, casting doubt on whether or not his Twitter bid will move forward. That’s our main story for the day. 🐦

Meanwhile, the White House pens legislation in an attempt to stop rising gas prices as Consumer Confidence falls to 11-year lows. More on that below. ⛽

In a master stroke of irony, Elon Musk took to Twitter to proclaim that the deal involving his proposed buyout of Twitter is “temporarily on hold pending details supporting calculation that spam/fake accounts do indeed represent less than 5% of users.” 🙃

The controversial tweet linked to a Reuters report stating that Twitter estimated less than 5% of the platform’s users are fake accounts. 📝

Traders weren’t exactly thrilled with this development as Twitter sank nearly 10% 🔻 while the Nasdaq (of which Tesla is a major component) was up almost 4%. 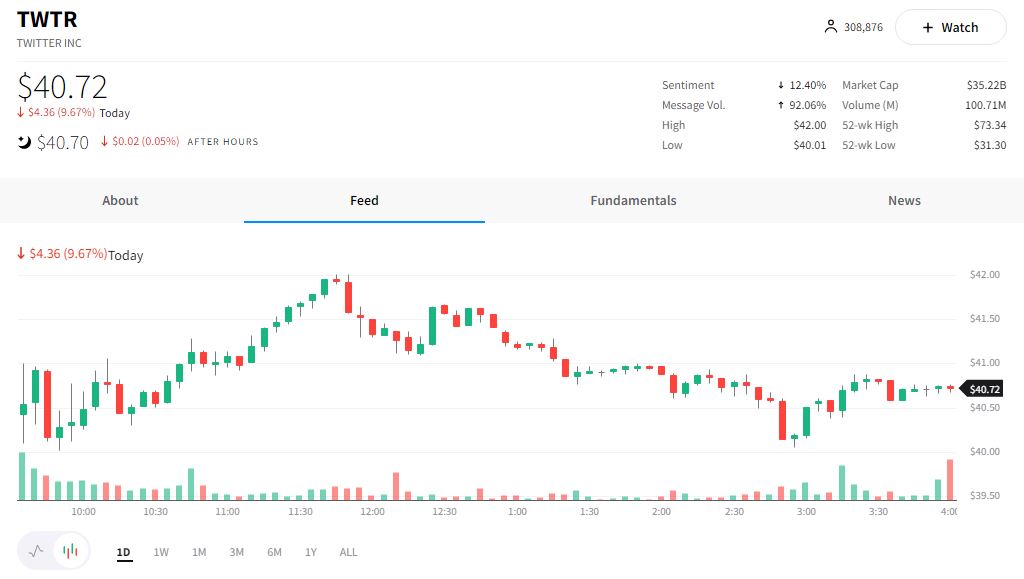 As you may recall, we reported Musk’s “funding secured” declaration in late April as the Tesla CEO put forward a proposal to pay $44 billion, or $54.20 per share, to acquire the company. Twitter didn’t take Musk’s offer seriously at first, with the company’s board imposing a “poison pill” to prevent Musk from acquiring more than 15% of the company. 💊

After warming up to the idea, Twitter tried to reassure investors in its Q1 2022 fiscal results press release that the deal would be moving forward. They outlined that Twitter will become a privately held company upon closing the deal, but noted, “The transaction is subject to customary closing conditions and completion of regulatory review and Twitter’s stockholder approval.” 👍

As we’ve come to expect with Elon, we’re left with more questions than answers. ❓

Adding more twists and turns to this ongoing story is all the internal stuff happening at Twitter. In particular, Twitter CEO Parag Agrawal reportedly fired Bruce Falck, general manager of revenue at Twitter, and Kayvon Beykpour, the company’s consumer product leader. In addition, chatter about Twitter’s design and engineering leads potentially exiting the company has picked up. This all comes amidst the company’s recent hiring freeze as it tries to navigate the on-again, off-again Musk deal. 💔

Is Musk really concerned about fake accounts? Or is this just a stalling tactic? Some market participants are thinking Musk may be realizing he could’ve gotten the company for a lower price, given the broader weakness in the technology sector, and is now trying to gain negotiating leverage. Others view this as “Elon being Elon.” 😉

Only time will tell how this $44 billion soap opera will unfold. However, we know for certain that the volatility surrounding this deal continues to affect the share price.

Depending on where you fall on this, today’s action is either viewed as a terrific dip-buy opportunity – or another warning sign that negotiations are about to break down. Only time will tell which view is correct…

What was hidden among the green in the stock market was the fact that U.S. consumer confidence tanked to an 11-year low in May.

The news comes after this week’s inflation prints cooled ever-so-slightly, but still remain near 40-year highs. 🥵

With concerns about inflation and the overall economy top of mind ahead of the mid-term elections this November, the White House is looking to take drastic action to bring people relief. 😮‍💨

The U.S. has already tapped its strategic oil reserves at various points over the last year, but oil remains firmly above $100 a barrel on the back of strong demand, supply constraints, and global conflict. As a result, we’ve seen the national average for a regular gallon of gas hit an all-time high of $4.374/gal this week. 🔥

Democrats have introduced legislation that would suspend the 18.5-cents-per-gallon federal tax for the rest of the year, which would be on top of several states’ actions to lower prices for their residents.

Meanwhile, some politicians are looking at ways to incentivize oil companies to increase production. The industry is reluctant as they’re just now seeing strong financial performance after years of weakness.

How to best address this issue is hotly debated on capital hill. Nevertheless, the White House has made it clear that it is a top priority for the Biden Administration in the days/weeks ahead.

🛒 Instacart files confidentially for IPO, despite Wall Street’s negative turn on technology stocks. The largest online grocery delivery platform has enlisted the help of Goldman Sachs and JPMorgan to prepare for an initial public offering. The confidential filing means key details about the company and its public offering will remain private until it decides whether or not to proceed. The move comes after the company had its valuation cut by 40% to $24 billion in March amid volatility in stocks and a cold IPO market.  Bloomberg *delivers* the scoop.

₿ El Salvador’s big bet on Bitcoin leaves it vulnerable to debt default. The country made major headlines last November as the first country to make bitcoin legal tender. President Nayib Bukele is not backing down as the popular cryptocurrency cracks below $30,000, purchasing another 500 Bitcoin this week at an average price of $30,744. Investors and governments around the world remain concerned that the country’s big bet could impact its ability to pay its debts, which continue to grow amid economic struggles. Yahoo Finance has more.

🍼 A perfect storm for the baby formula market drives major shortages. Nationwide 40% of baby formula is out of stock, driven primarily by three factors: bacteria, the pandemic, and a trade policy. This is having major effects on lower-income consumers who are already stretched thin amid rising costs across all major spending categories. It’s also put a major spotlight on an otherwise overlooked topic. Read more in The Atlantic.

🛬 Powell: ‘soft’ economic landing may be out of Fed’s control

🌱 In one giant leap for Earth plants, seeds are grown in moon soil