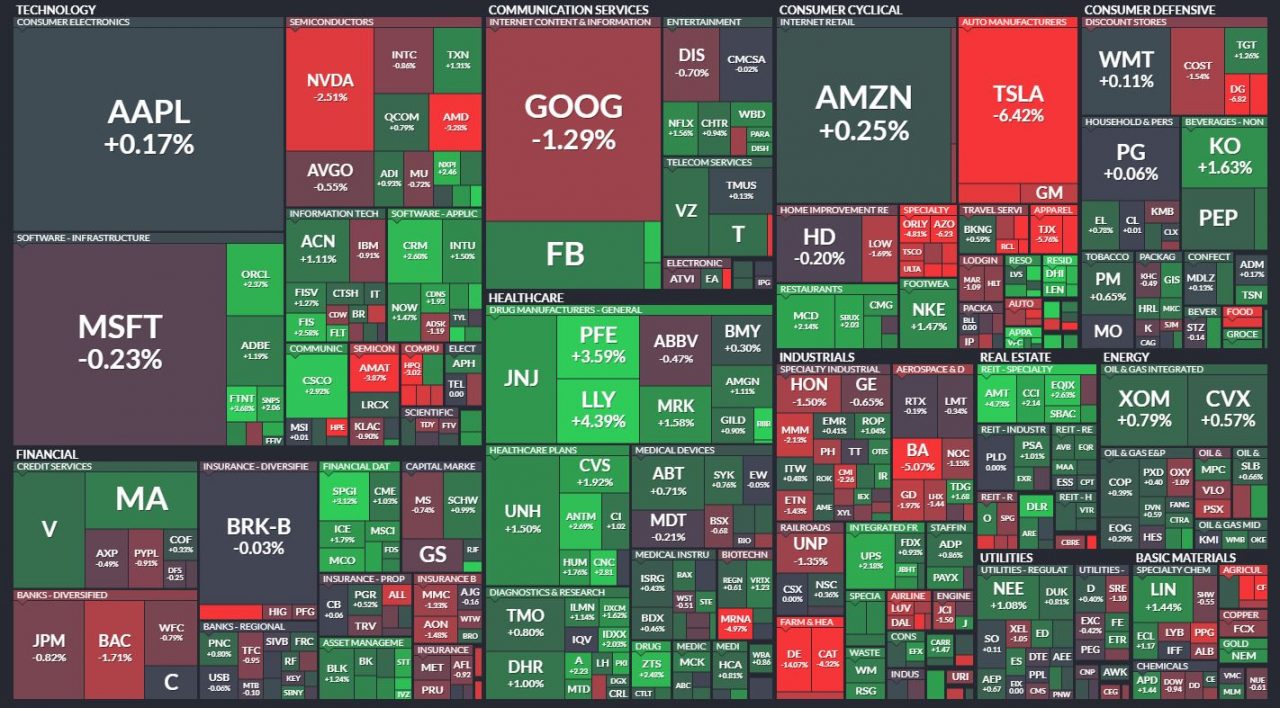 Our other main story recaps $DE earnings, which sent the stock falling 14% today. 🔻

In Elon Musk news, $TSLA was down 6.64% amid reports that SpaceX paid $250k to settle a sexual harassment claim by a flight attendant.

What Is “Bear Market Territory” Anyway?

For those who are unfamiliar, Wall Street likes to define a bear market as anything which has fallen more than 20% (on a closing basis) from its former highs. 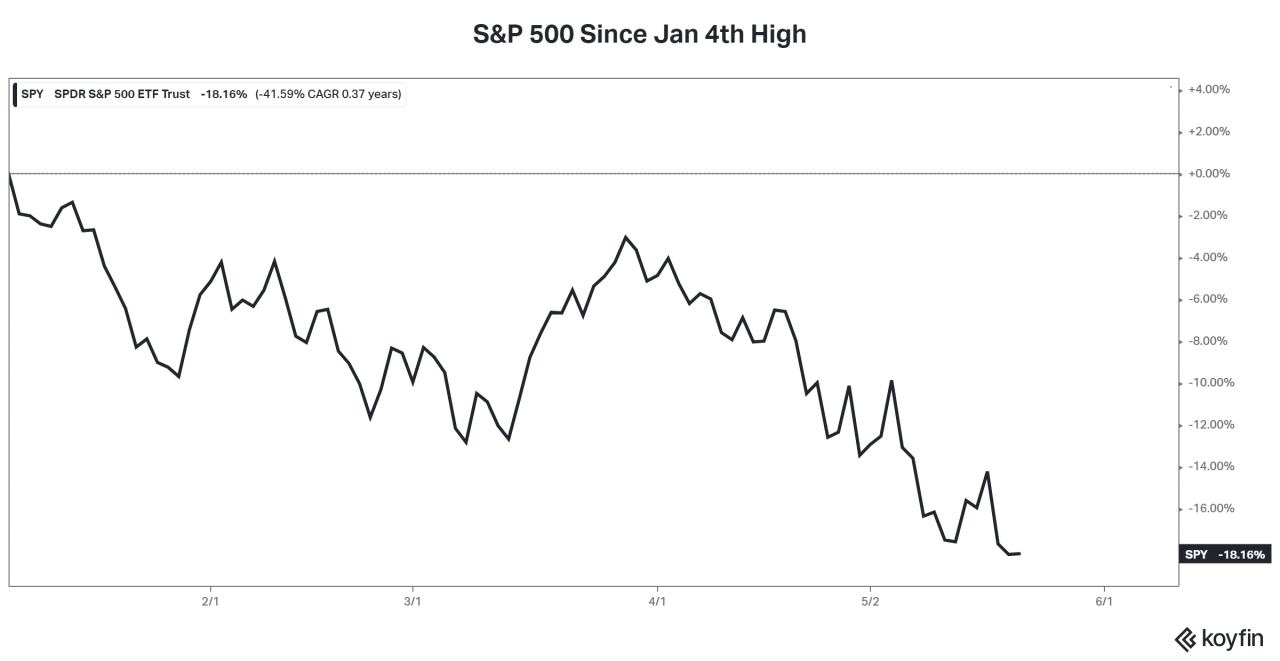 Those of you who think that’s a silly way of looking at things. We think so too. 🙃

Anyone trading individual stocks knows it’s been a rough market for about a year.

Look no further than the highly speculative market areas that peaked in February 2021. $ARKK, $SPAK, $IPO, $KWEB, all down bigly. Broader indexes like the Emerging Markets also peaked due to the index’s exposure to the technology sector. 📉 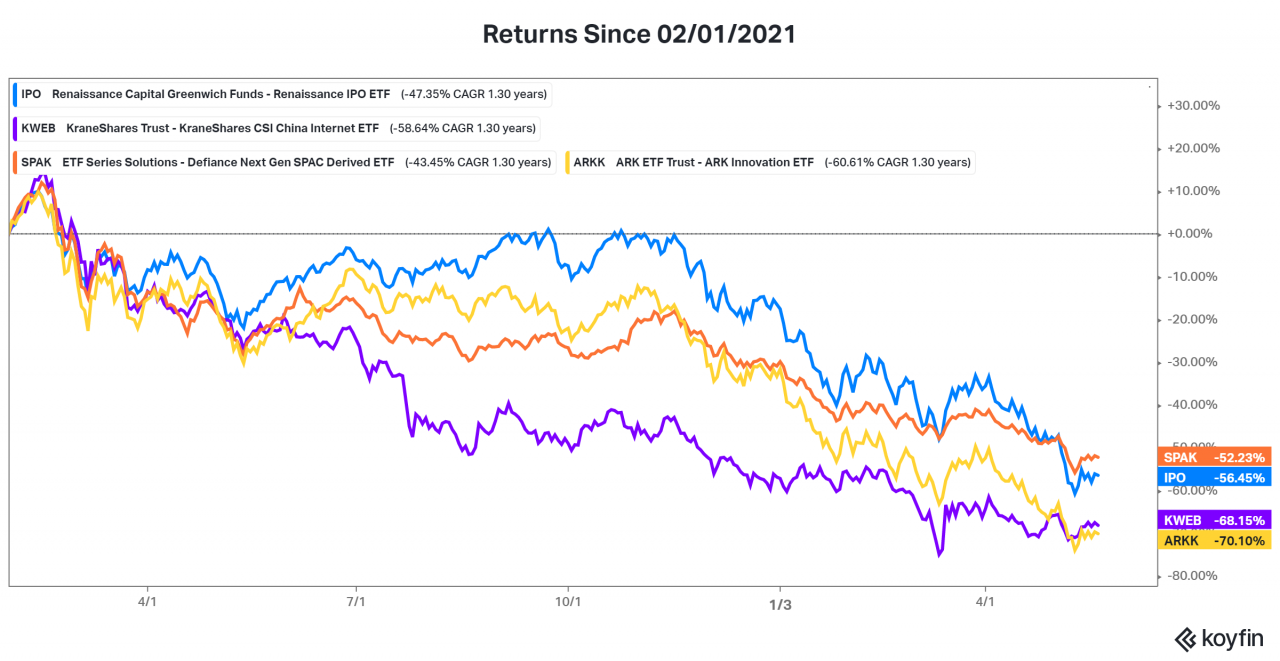 The bear market is here…and has been for a while. 📅

The strategies that had worked well in the past are not the same ones working today. If you’re struggling in this environment, know that this is all part of the game.

Focus on the things that matter to your investment plan and not headlines about an arbitrary 20% decline. 📰

Nobody knows when the bear market will end, but history tells us there will be tremendous opportunities for patient market participants coming out of this.

Deere & Company trended lower today as investors looked past its earnings/revenue beat and ahead to its supply troubles. 👀

The company also raised its full-year earnings forecast to $7.0 to $7.4 billion, among other forecasting highlights: ☀️

Despite the seemingly positive news, investors focused heavily on the fact that many of the machines it could’ve sold are on hold because of supply-chain issues. 🚚

Ryan Campbell, Chief Financial Officer, had this to say: “Given the strong fundamentals in agriculture, coupled with the underlying supply constraints, we do not see the industry being able to meet all of the demand that exists in 2022.”

While having more demand than you’re able to keep up with may seem like a good problem to have in this environment, sellers still took the stock down ~14% today. 📉

Check out the full report and join the conversation on the $DE stream. 💬 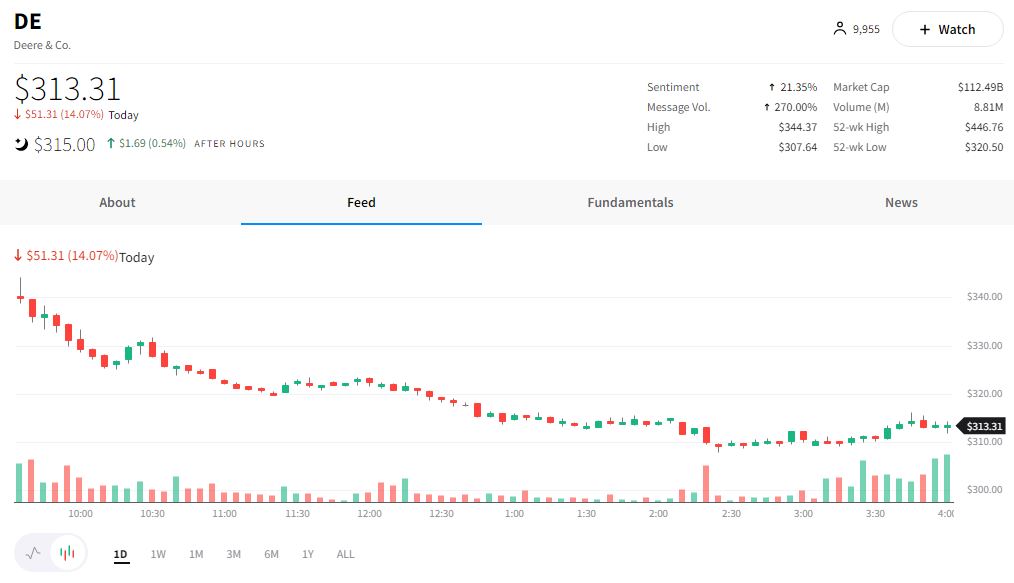 🍎 Burry vs. Buffett battle over Apple rages on. Michael Burry, the famous hedge fund manager depicted in “The Big Short” for predicting the housing bubble, is now making a $36 million bet against shares of the world’s second-largest company, Apple. On the other side of that trade is Warren Buffett’s Berkshire Hathaway, which added to its position throughout the first quarter. The question over who is right may come down to timeframe, as Burry is making a short-term bet, and Buffett is taking a longer-term approach. Yahoo Finance has more.

🚚 Amazon is testing mall deliveries with its Flex drivers. Amazon is testing a new delivery service that would allow mall-based retailers to ship products from their own stores using Amazon’s Flex drivers. The program looks to expand Amazon Flex, the company’s in-house logistics arm, launched in 2015. In recent years, on-demand delivery has become a competitive business, with companies like Doordash and Postmates expanding beyond food and grocery delivery. Read more from CNBC.

📱Semiconductor giant ASML bets big on a tiny future. After a decade of solid returns for the semiconductor industry, ASML is swinging for the fences in hopes of meeting sky-high investor expectations. The company’s quest to create microscopic circuitry is leading it to build double-decker bus-sized machines that can produce the beams of focused light it needs for its chips of the future. The new technology, labeled “High-NA,” is key to reducing circuitry size, which is already approaching the atomic level. Reuters has more.

⛑️ US and G7 to send a combined ~$60 billion in aid to Ukraine. Yesterday the Senate approved a $40 billion Ukraine aid bill, which is expected to be signed by President Biden shortly. The news comes the same week as the G7 countries agreed to provide an additional $19.8 billion in aid. USA Today is tracking that.

🐵 WHO calls emergency meeting as monkeypox cases cross 100 in Europe

🥵 Historic heatwave poised to hit dozens of US states this weekend