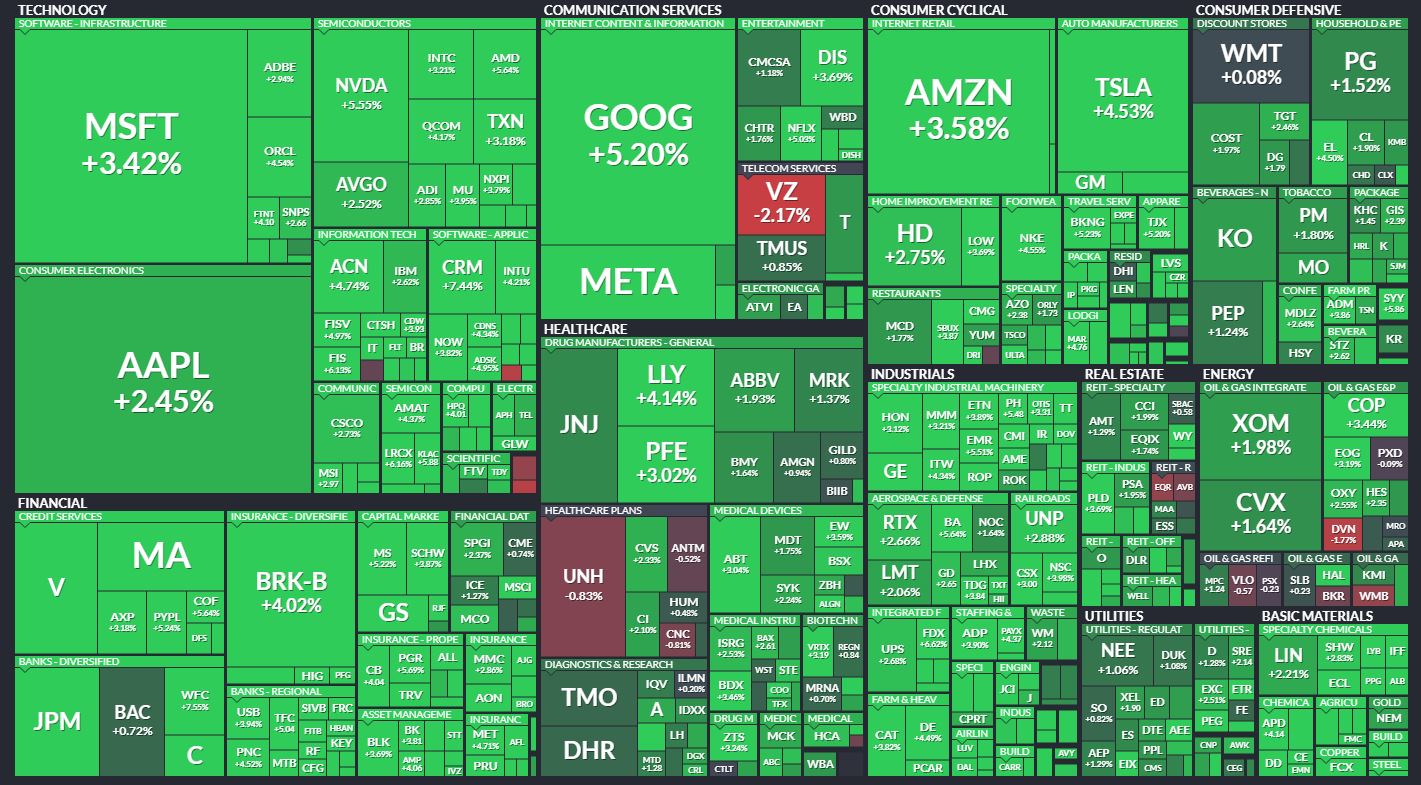 It was a light earnings day, but two names stood out.

Carnival Cruise Lines missed on the top and bottom lines but showed that cash from operations turned positive in the quarter. $CCL shares cruised 12.59% higher. 🚢

In crypto news, FTX is in talks to acquire a stake in BlockFi, right after extending the company a $250 million credit line this week. Additionally, hackers stole $100 million in crypto from Horizon, a blockchain bridge developed by crypto start-up Harmony. ₿

Under The Radar Moves

As we wrap up and head off to enjoy our weekend, it seems appropriate to highlight some big movers from the week that you may have missed.

The equally-weighted biotech ETF $XBI was up a cool 13.98% this week, buoyed by some M&A activity. 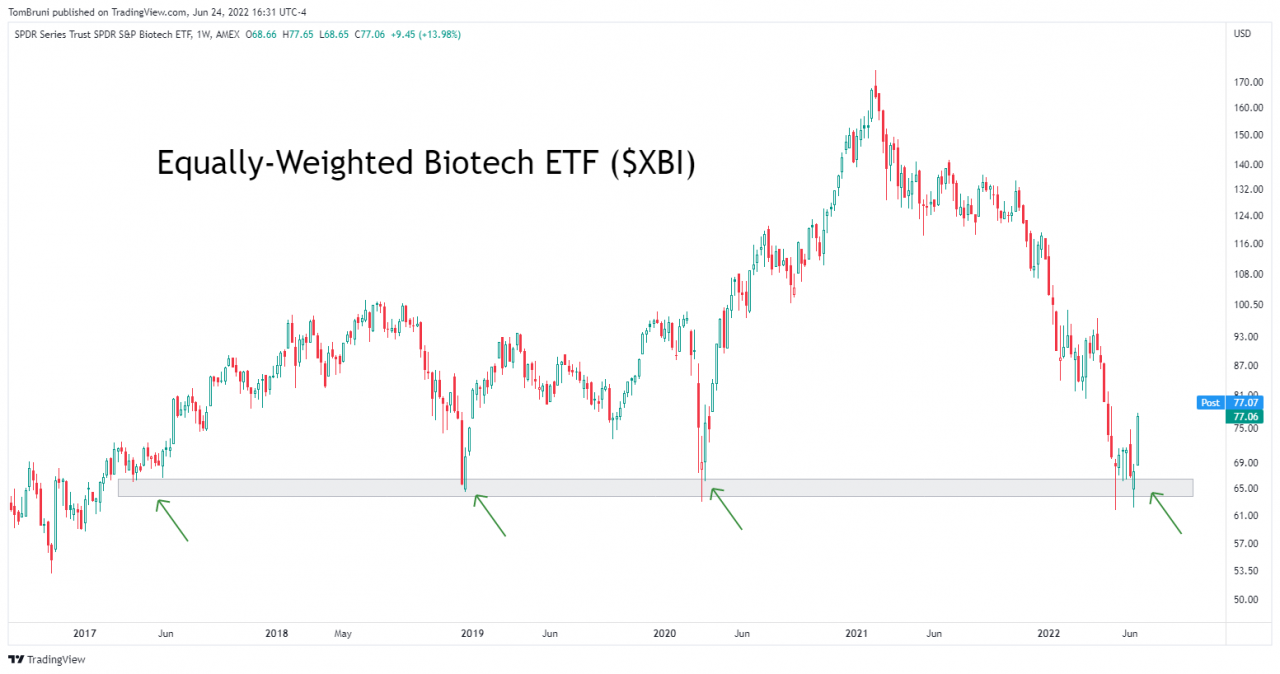 Additionally, while everyone in the commodity market is focused on oil and energy-related futures, there are some big moves happening elsewhere.

Meanwhile, agricultural commodities like Wheat, Soybeans, Corn, and others are quietly coming off their highs.

Cotton had its second major down week, falling nearly 30% since the start of June. 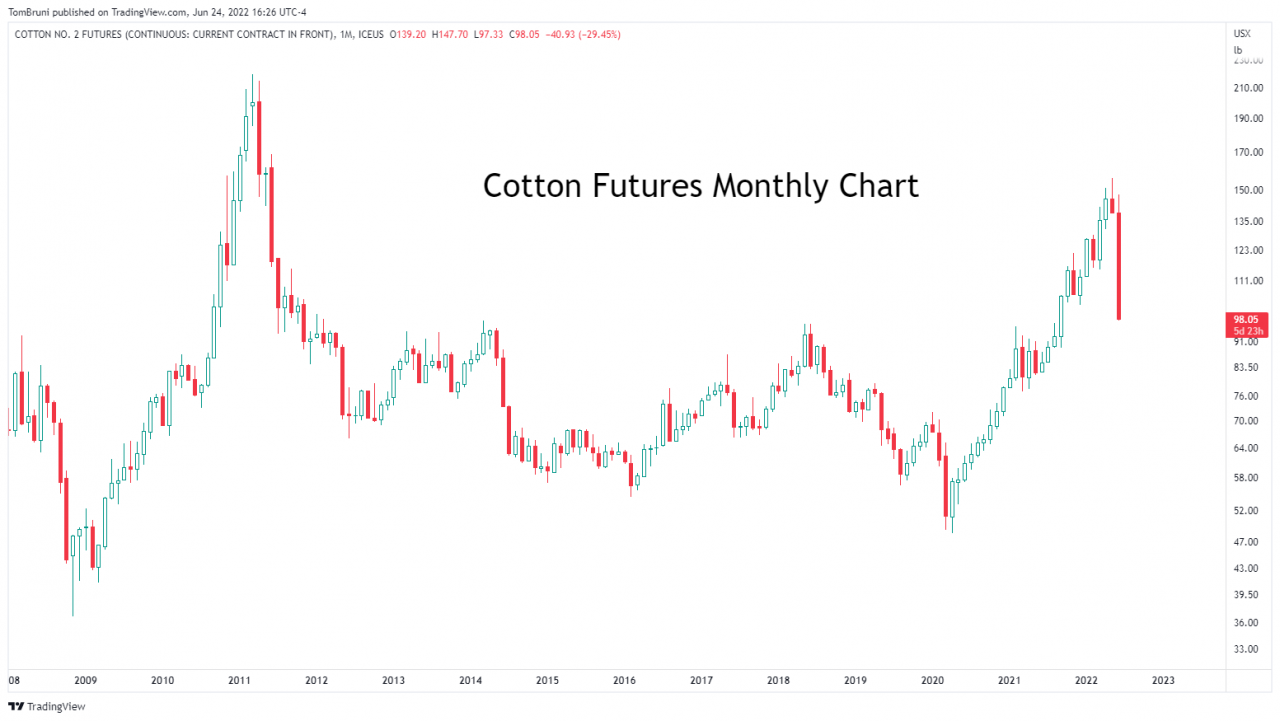 💰 Zendesk is going private. In a $10.2 billion deal led by Hellman & Friedman and Permira, Zendesk will be taken private. Shareholders will receive $77.50 per share in cash, roughly a 34% premium to yesterday’s closing price but a significant discount from a prior offer that valued the firm at $16 billion in February. Read more from Reuters.

🏠 Barclays buys mortgage lender Kensington. Barclays is expanding its presence in Britain’s housing market by buying specialist lender Kensington Mortgage Company in a deal worth $2.8 billion. Private equity owners Blackstone and Sixth Street are the sellers, and the deal should close later this year or early next. Reuters has more.

⚡ BMW’s new $2.2 billion EV plant in China. BMW’s new Shenyang, China, factory is officially opening as the carmaker looks to catch up with Tesla and other competitors. Jochen Gollder, president and CEO of BMW Group In China, said, “The expansion of our production footprint in China shows we are preparing for further growth in the world’s largest electric car market and are confident in China’s long-term perspectives.” More from CNBC.

⚒️ Carmaker Stellantis takes stake in lithium supplier Vulcan. As the competition for metals heats up, Stellantis is buying an 8% stake in miner Vulcan Energy Resources and extending a 10-year supply agreement for lithium. The move will help support the carmaker’s vision of battery electric vehicles making up 100% of its European passenger car sales by 2030. Reuters has more.

🏊‍♀️ When a U.S. swimmer sank to the bottom of the pool, her coach jumped in to save her

Leon Li, the founder of cryptocurrency exchange Huobi, is on the lookout for a buyer of 60% ($3 billion) of Huobi. Tron ($TRX.X) Justin Sun and FTX ($FTT.X) founder Sam Bankman-Fried are rumored to be interested.