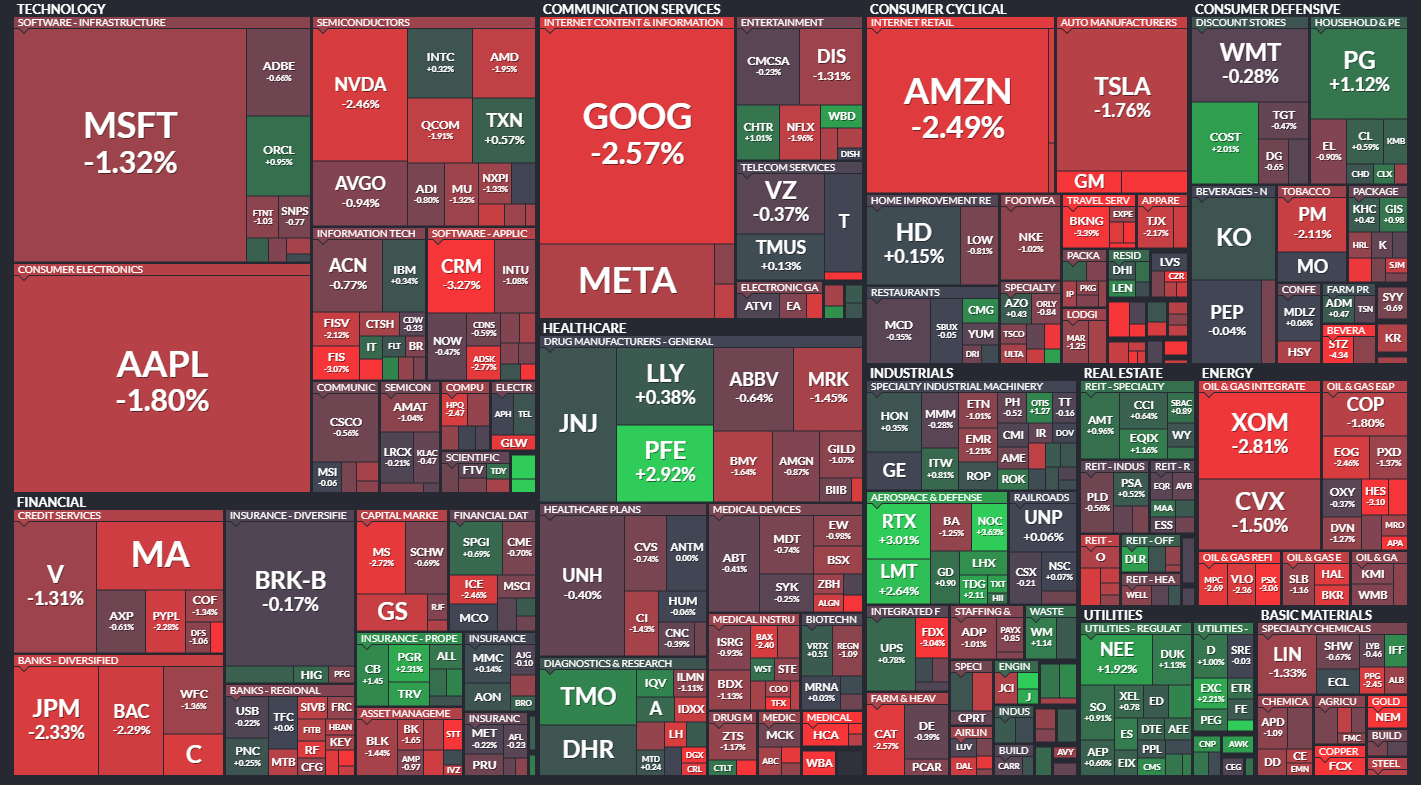 In Supreme Court news Ketanji Brown Jackson was officially sworn in today as the 116th Supreme Court Justice, making history as the first Black woman to hold the position. ⚖️

The Supreme Court also issued a ruling today imposing limits on the Environmental Protection Agency’s authority to regulate carbon emissions from power plants. It also ruled that Biden can end the “Remain In Mexico” rule for asylum-seekers. Lastly, it rejected Alaska Airlines’ appeal in its labor law dispute with employees. 📰

Natural Gas prices plummeted another 15% today on rising domestic inventory. Energy commodities as a group had their worst month of the year as recession fears continue to grow. 🔻

In earnings news, $MU is down nearly 2% in extended trading after forecasting fourth-quarter revenue well below expectations. 🤖

$WBA fell 7.27% despite beating on the top and bottom lines. Investors are focused on its low single-digit EPS growth forecast and its halting of the sale of its UK-based Boots business. 👎

$STZ shares were down 4.34% even as the company beat on the top and bottom lines.

$NKLA shares hit an all-time low today, pushing its shareholder meeting for the second time. The electric vehicle maker is struggling to get shareholder approval to issue more shares. 🗳️

Meanwhile, Facebook is beginning to test NFTs with select creators in the U.S. And Binance is betting big on influencers, partnering with TikTok superstar Khaby Lame just a week after landing soccer star Cristiano Ronaldo. 🤳

One Chart, Everybody Knows The Rules

It’s been a rough start to the year for traditional assets and 60/40 portfolios. 😨

The S&P 500 recorded its steepest first-half drop since 1970, and international stocks did not fare much better. 🔻

Cash lost purchasing power to inflation, but at least you didn’t lose actual dollars there. Not to mention U.S. Dollars appreciating heavily relative to most foreign currencies as funds flocked to the current “global reserve currency.” 💵

As the year-to-date chart from Finviz shows, the best-performing assets this year have been commodities. Of course, there are some exceptions, like Lumber, Oats, Copper, etc., but they’ve fared best in the aggregate, in part due to the massive rally in the energy complex. 🛢️ 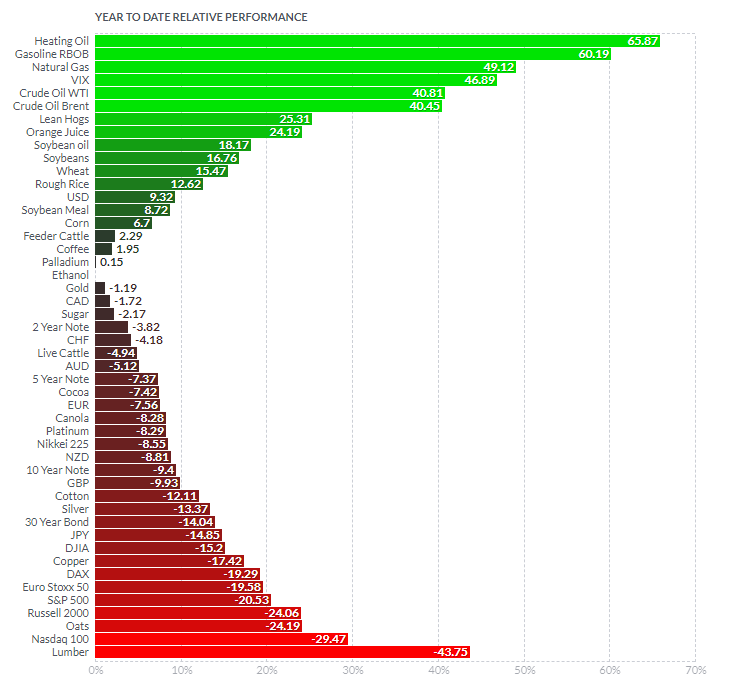 Unfortunately for many in the stock market who own the broader indexes (myself included), that meant holding many of the worst performers (tech) and very few of the best performers (energy). That felt great on the way up, but not so much on the way down. But remember that’s a feature, not a bug, of market-cap-weighted indexes.

Whether or not the trends that dominated the first half of 2022 will continue in the second half remains up for debate. 🤔

Hop on the streams and let us know what you think’s ahead for the market! 💭

Apple Rush is Worth the Squeeze 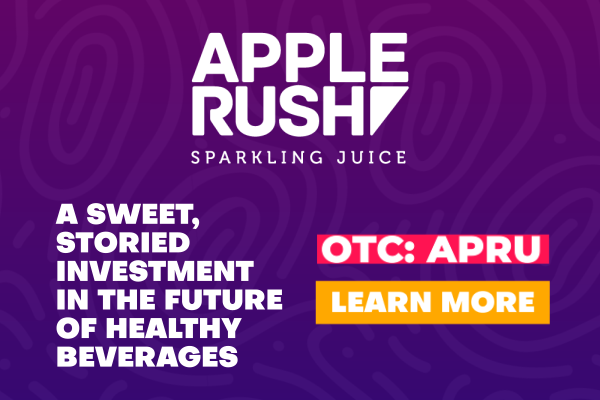 Specializing in apple juice and more, Apple Rush is an established leader in the healthy and infused beverage space. With decades of experience behind them, the future of wellness beverages is worth watching.

The core personal consumption expenditures index (CPE), which excludes food and energy prices, dipped slightly in May. It rose 4.7% YoY vs. 4.8% expected and is down from 4.9% in April. Although only a slight decline, any moderation in the Fed’s preferred measure of inflation, is a welcome sign. 🙂

Headline inflation was the same as April, at 6.3%, still slightly lower than March’s 6.6% reading. 🌡️

Meanwhile, consumer spending notched its smallest gain of the year, rising just 0.2% in May as food and energy inflation took a bite out of consumers’ wallets. Economists will be watching this figure closely in the coming months, as consumer spending accounts for more than two-thirds of U.S. economic activity. 🔻

Crop reports were in focus since food inflation remains top of mind for most Americans. 🚜

We’ve seen prices of many commodities come off their highs — a welcome sign for everyone feeling inflation pressures. We’ll have to see if it lasts. 🤷‍♂️

☢️ EU’s dismal outlook for Iran nuclear deal. Senior Western officials told the European Union that “it might not make it over the finishing line” when referring to the odds of reviving the 2015 Iran nuclear deal. Meanwhile, Iran described the latest talks as “serious and positive,” saying it was ready to strike an agreement. Read more from Reuters.

💊 Pfizer seeks U.S. approval of oral COVID treatment. The company is requesting full U.S. approval for Paxlovid, its oral COVID-19 antiviral treatment, which is unavailable on the open market under the current emergency use authorization. U.S. News has more.

🤝 EU and New Zealand seal free trade deal. After four years of negotiations, the European Union and New Zealand have a free trade agreement that could boost the flow of goods and services by 30%. The deal sends an important message regarding the EU’s commitment to further partnerships as it looks to diversify its business ties away from Russia. More from Reuters.

📺 Barcelona sells 10% of TV rights to Sixth Street. To improve its financial position, the soccer club is selling a 10% stake in its LaLiga TV rights for the next 25 years to U.S. private equity group Sixth Street for 207.5 million euros. Reuters has more.

🛡️ Beijing hits out at Nato strategy for ‘malicious attack’ on China

🍫 Charlie and the salmonella factory: world’s largest chocolate plant shuts down over contamination

Last week Pitchbook released its Q2 2022 U.S. VC Valuations Report, which had some interesting stats about the current environment. 📝