Stocks started the quarter on a green note but still ended the week well in the red. 🔻 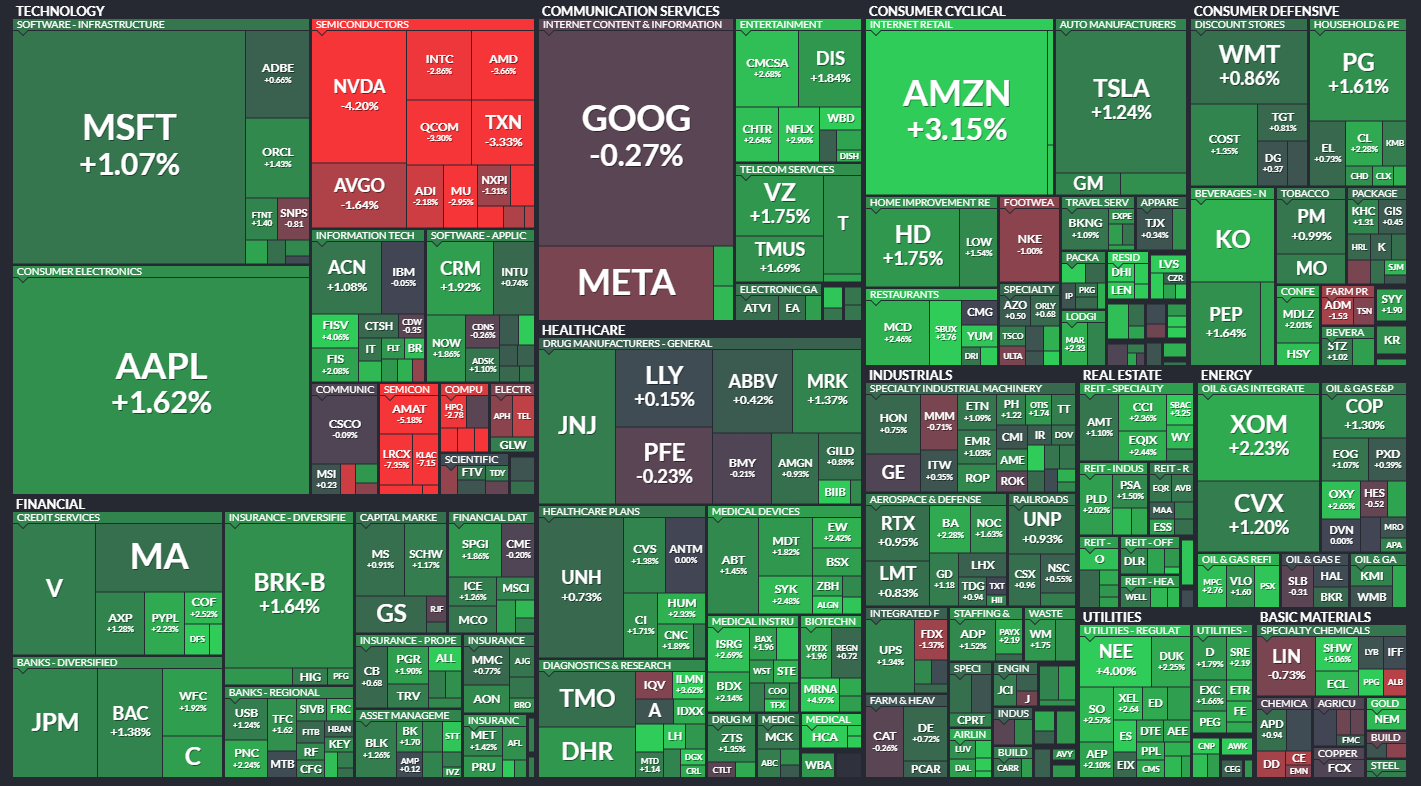 Our main article below recaps some economic updates from around the globe and poses an interesting question about our behavior as economic participants. 👇

There were no earnings today, but $GM did warn that supply chain issues would materially impact its second-quarter earnings. Despite the disruptions overseas, the company is maintaining its 2022 full-year guidance. 🚗

$KSS shares plummeted 20% after the company said it was shelving its sale after months of negotiations. 📉

And in lol news of the day, Apple’s former securities lawyer pled guilty to insider trading. Come on, guy, you had one job…literally. 🤦‍♂️

June was Bitcoin’s worst month in 11 years, and the wreckage continues across the entire crypto space. Today’s edition of the Litepaper is a beefy one and will get you up to speed on all of the latest crypto happenings. ₿

Essentially, it boils down to what we’ve been talking about in the Rip for a long time.

Inflation remains too high around the globe, with the Eurozone reporting a new record high of 8.6% today. 🔥

As a result, most central banks are raising rates and taking other aggressive measures to combat inflation. Norway and Sweden joined the party this week. ⬆️

Meanwhile, record-high prices and rising interest rates are causing consumer and business sentiment to push multi-year lows (or, by some measures, record lows). 👎

And manufacturing activity is softening as more and more businesses act defensively to prepare for a potential recession. 🏭

So, the question is, is it possible that we all are “manufacturing” a recession by changing our behavior in anticipation of a recession? 🤔

That seems to be a theory many people are throwing around these days.

We’ll have to wait and see, but the Atlanta Fed’s GDPNow gauge is now forecasting Q2 GDP at -2.10%. If it does come in anywhere near that forecast, then we’ll have a real recession on our hands (2 consecutive quarters of negative GDP growth). 🔻

For now, though, let’s all forget the bad vibes and enjoy our three-day weekend with too much food/drink, fireworks, and whatever else we enjoy on our days off. 🏖️

⚽ Amazon lands U.K Champions League soccer rights. In a groundbreaking development, Amazon will begin showing European Champions League soccer in Britain in 2024, joining current rights holder BT, which landed a lower-priced deal to show most matches. The deal is one of many high-profile media buys Amazon has been part of as the streaming/content wars rage on. Read more from Reuters.

₿ CFTC Cites $1.7 billion MLM in the most prominent bitcoin fraud scheme. The Commodity Futures Trading Commission is accusing a firm of engaging in an international fraudulent multilevel marketing (MLM) scheme that brought in over $1.7 billion worth of Bitcoin. The lawsuit comes as the CFTF and other regulators step up their monitoring and enforcement in the crypto space. Decrypt has more.

🤝 Atlantic City casinos strike a deal with workers. As striking continues across industries and countries, Atlantic City casino workers have agreed to a new contract with four casinos ahead of the busy July 4th holiday weekend. The union president called the result “the best contract we’ve ever had.” Unions in many service-based industries are using the tight labor market and high demand to leverage better contracts for their workers, and that strategy appears to be working. More from ABC News.

❌ Panera Bread terminates its SPAC deal. Market conditions have taken a bite out of yet another deal, this time as Danny Meyer’s SPAC and Panera Bread call off their investment deal. The parties had until Thursday to complete the merger; otherwise, either party could walk away, which Panera promptly did on Friday. CNBC has more.

👎 Fintech Klarna is eyeing a massive down round. The Swedish buy now, pay later company is reportedly close to closing a new funding round of roughly $650 million that values the company at $6.5 billion. The deal would be a massive ‘down round’ for the company, which was most recently valued at $45.6 billion in June 2021 when it raised $639 million in a round led by SoftBank’s Vision Fund. Too bad the company can’t buy what it needs now and pay later when market conditions are better… More from Tech Crunch.

🥵 Market Zuckerberg: We’re ‘turning up the heat’ at Meta so employees will quit

Bed Bath & Beyond Amazing To Watch?

The meme stock rally continues, leaving many to question, what the heck is going on? 🤔

While we can’t know exactly what’s going on, we’re going to outline a few theories that might explain the recent action in Bed Bath and Beyond and other retail favorites.