Earnings remain front and center, with several big names like Disney, Matterport, and Bumble reporting. More on those below. 👇 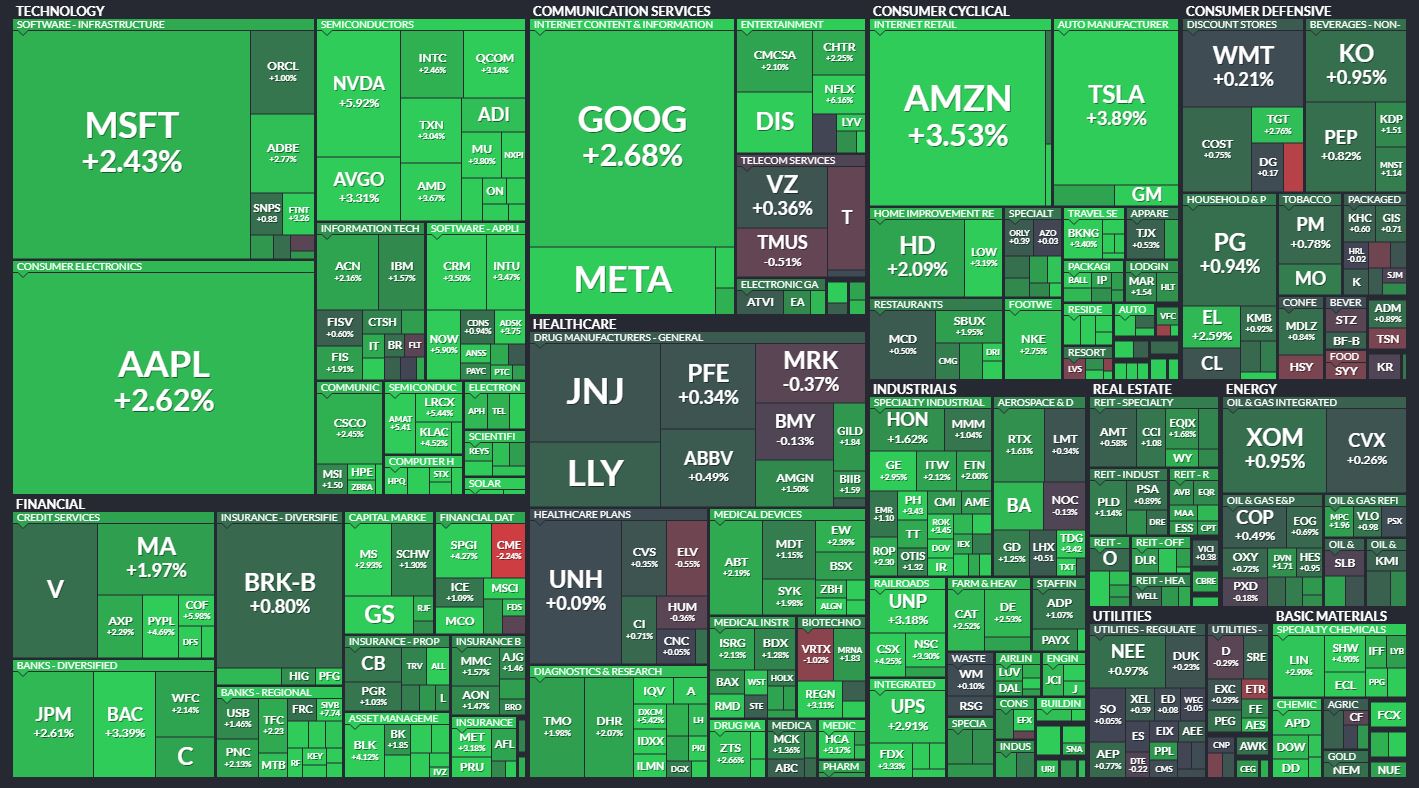 Tesla CEO Elon Musk continues to shout hodl in public while selling in the background. According to SEC filings, he recently sold $6.9 billion worth of shares at an average price of $869. Combined with his April sale, he has unloaded $15.4 billion of Tesla since agreeing to buy Twitter. 💰

While we’re talking about electric vehicles, Ford has announced it will use renewable energy sources to make all of its vehicles in Michigan by 2025. Additionally, Nikola’s CEO, Mark Russell, will retire at the end of the year, succeeded by Michael Lohscheller, a former Opel CEO. ⚡

Redbox shares came crashing back to reality (-52.86%) after shareholders approved its merger with Chicken Soup for the Soul. Meanwhile, $CSSE shares rallied roughly 30% as both share prices adjusted to the levels reflected in the merger terms. 🤝

Bed Bath & Beyond shares were hit with an analyst downgrade but recovered all of their losses to close near the highs of the day (+7.35%). 👎

Lastly, check out today’s Litepaper for an exclusive interview with Nexo and more! 👀

As a result of the headline number, stocks took off to the upside and rallied throughout the day. The thinking here is that if inflation has peaked and is beginning to come down, the Fed will be less aggressive in tightening, which is good for risk assets. 💭

While that narrative reigned supreme today (based on the green tape), we want to highlight a few counter-points based on what the Fed has communicated. 👇

The first is that the headline consumer price index is NOT the Fed’s preferred measure of inflation. Instead, as we’ve discussed, they prefer the Personal Consumption Expenditures Price Index (PCE), and when they look at CPI, they look at the core number.

The second is that a single-month decline does not equal a new trend. For example, inflation was 8.5% back in March and fell to 8.3% in April before reaccelerating to the upside. So if you’re going to point to any trend, it should be that core CPI decelerated for the fourth straight month (although this month’s reading was barely below last). Additionally, many of the “sticky” parts of core CPI like shelter have not shown much improvement as of yet.

The third is that the Fed literally told us it does not make decisions based on a single data point, especially one as volatile as headline CPI. They proved that to us last month by sticking with a 75 bp rate hike when the market expected a 100 bp hike following June’s record-high CPI reading. Fed Governor Evans and Kashkari were in the news today, reiterating that more rate hikes are ahead.

The fourth is that the primary driver of this drop was a decline in energy prices. Energy prices are highly volatile and impacted by geopolitical risks, industry structural issues, and a host of other factors, meaning they could just as quickly appreciate and push inflation higher. Also, many have argued that energy prices have come down due to recession fears, which would make sense given the Fed can only affect demand with its monetary policy. But we digress…

The fifth and final point is that the labor market remains extremely tight, which puts upward pressure on inflation and makes the Fed’s job much harder. Remember, the Fed’s dual mandate is full employment and long-run inflation near 2%. They told us they’re remaining aggressive until they see meaningful progress on that front…which they’ve most certainly not.

Now we’re not here trying to say whether today’s rally is warranted or not. That’s your job. 🤷‍♂️

We just wanted to highlight how the narrative and market reactions around certain data points can differ vastly depending on the environment. Think back to April’s “peak inflation” discussion. It differed greatly from today’s narrative, as did the market’s moves.

This highlights the difficulty of forecasting in markets. Even if you got the inflation print correct, you also had to get the market’s reaction to it correct as well to make money. Because that’s what we’re all here for, right? To make money. 💸

As Jesse Livermore said, “The stock market is never obvious. It is designed to fool most of the people, most of the time.” — seems like an appropriate reminder in these volatile times. 🤪

Additionally, Disney+ subscriptions rose to 152.1 million, significantly higher than the 147 million that analysts anticipated. Given that streaming will be a significant growth driver for the company, its strength helped quell concerns (for now) that the global streaming market is saturated.

With that said, its content costs are rising, and the company lost $1.1 billion across all its streaming services. In addition to its planned price increase for ESPN+, it is also increasing U.S. Disney+ prices in December as part of efforts to make its streaming business profitable by the end of fiscal 2024. 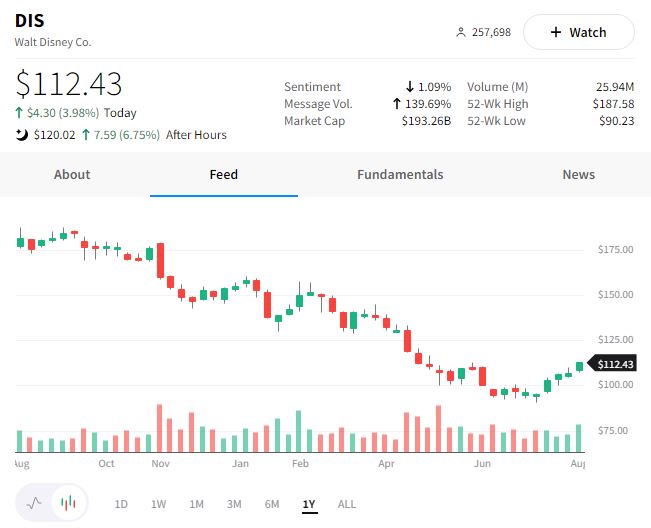 Sonos reported a dismal quarter as revenue came in well below expectations. 👎

The speaker and sound system company slashed its forecast in what it described as ‘significantly more challenging’ conditions, also noting that its CFO is leaving the company. 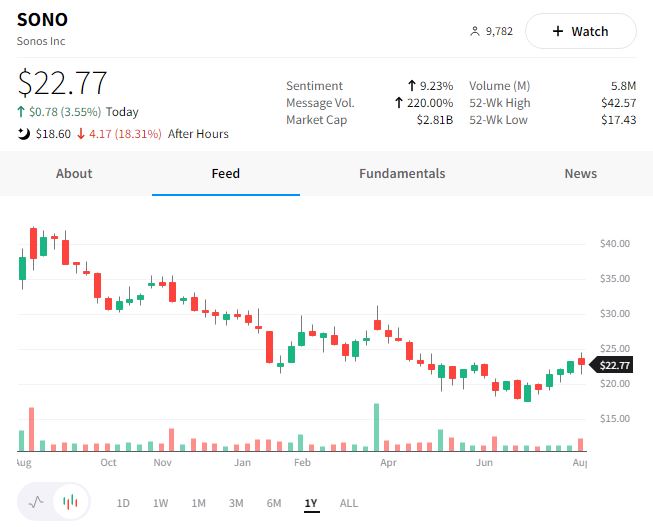 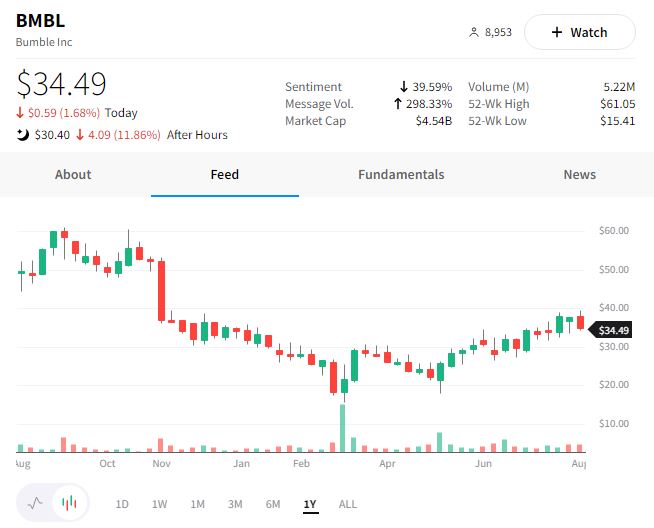 The company’s subscription revenue rose 20% YoY, while services revenue was up 74%. As a result, the company now expects full-year revenue of $35 million – $37 million, above consensus expectations of $32.94 million. 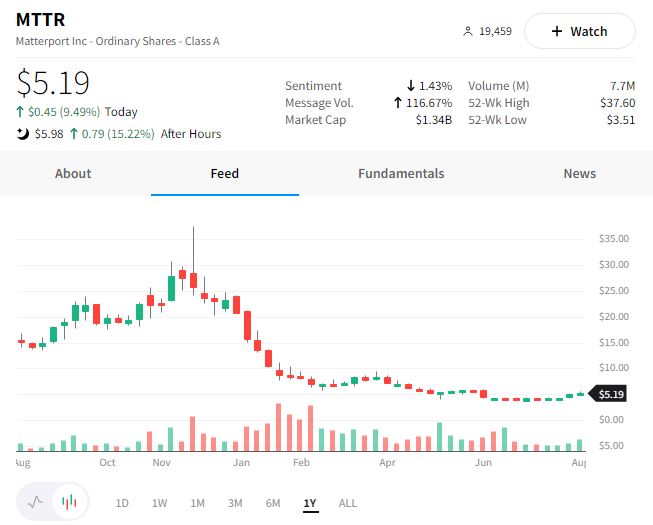 💰 SoftBank trims its Alibaba stake for roughly $34 billion gain. After suffering losses and writedowns from a lot of its tech investments, SoftBank is looking to book a gain by reducing its stake in Alibaba from 23.7% to 14.6%. Analysts largely expected this move as the company needed cash to keep up its investment pace and fund share buybacks. Let’s hope the firm is a bit more calculated with the risks it takes after replenishing its war chest by selling its big winner. TechCrunch has more.

⚖️ U.S. Justice Department targets Google over digital ad dominance. After a year of looking into whether Google has used its dominant position to control the digital ad market, the DOJ may finally be ready to battle it out in the courtroom. The company’s ad practices have been scrutinized in many countries around the world, though it’s largely been successful at defending itself and continuing with its business as usual. More from Engadget.

🏥 TikTok parent ByteDance expands further into…health care? Apparently, TikTok parent company ByteDance has a healthcare unit in China named Xiaohe Health. Now that segment of its business is getting a big boost by acquiring Amcare Healthcare, a high-end healthcare organization, for $1.5 billion. The move is interesting but not totally surprising given tech giants like Amazon and Apple’s foray into the health care space over the years. CNBC has more.

📱 Goodbye green bubbles? Google pressures Apple on texting. Google is launching a “Get The Message” campaign and website to pressure Apple into adopting the communication protocol “RCS.” Cross-platform messaging issues expand beyond the annoying green/blue bubble problem and into more serious topics like end-to-end encryption. Google says that Apple can address these problems by moving from SMS and MMS for non-iMessage conversations to the more modern “RCS” system. However, iMessage is one reason the pull of Apple’s ecosystem is so strong, which is why the company has minimal incentive to change. More from TechCrunch.

📝 U.S. SEC issues a new proposal on fund leverage disclosures. Leverage plays a significant role in an investment product’s overall risk and return profile, which is why the Securities and Exchange Commission is proposing a new rule that would boost hedge and private fund leverage disclosures. The private fund industry has grown massively since the financial crisis, and some argue it has become a source of systematic risk that warrants more transparency. Reuters has more.

👽 Scientists spot baby alien planet that might be forming moons

😷 China warns of new Langya virus that has sickened 35 people

Shares Sink After Carnival Warns Of “Storm Ahead”

The three separate share listings of Carnival Corp. were all sent off course today. 🧭

Before we discuss their unorthodox corporate structure, let’s talk about the earnings miss and poor forecast that’s causing investors to abandon ship. 🏃

No real surprise here, but crypto-lender Nexo ($NEXO.X) has been hit by various forms of cease-and-desist from the States of California, Kentucky, New York, Oklahoma, South Carolina, Washington, and Vermont.

The scrutiny against Nexo varies from failing to register to inadequate representation and disclosure of risks. NEXO has a tiered reward structure for putting cryptocurrency into their Earn Interest Program, generating interest and passive income.