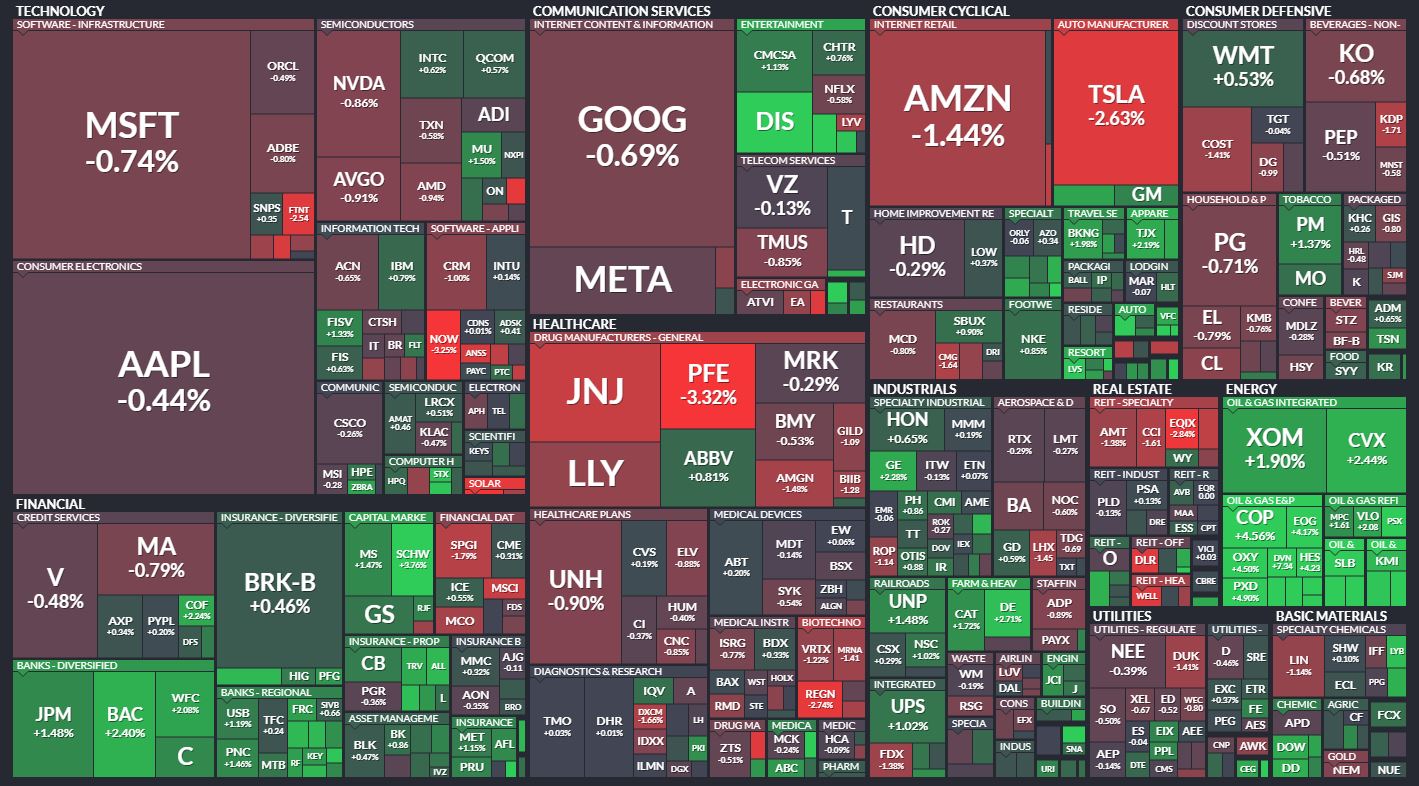 In international news, Europe continues to battle repeated heatwaves which have caused chaos throughout the region. Additionally, there are rising concerns over a Ukrainian nuclear plant caught in the crossfire of the Russia-Ukraine conflict. Despite the conflict, McDonald’s is beginning a phased plan to reopen its stores in Ukraine. 🥵

Anyone thinking the U.S. is entering a period of hyperinflation may want to study countries like Argentina, which just hiked rates by 9.5% to 69.5% as inflation spirals out of control. 😮

Meanwhile, U.S. gas prices have fallen back below $4 a gallon for the first time since March. ⛽

Robinhood shares slumped after a judge ruled that the company must face U.S. market manipulation claims over the ‘meme stock’ rally. Additionally, the SEC is investigating hedge fund Melvin Capital Management, which was heavily involved and affected by the ‘meme stock’ saga last year. 📉

Yesterday we outlined a more nuanced take on why the Consumer Price Index decline wasn’t as important as many were making it out to be.

And today, it looks like the market began to adjust its expectations a bit. In addition to stocks paring some of their gains, Bonds actually sold off…sending yields higher. The long end of the curve was hit hardest, causing the yield curve to steepen slightly as investors rethink their expectations about the Fed and economy. 🤔

Some progress in the inflation measures is positive for sure, but the Fed needs to see substantial progress over several months before it starts easing off its tightening efforts. High single-digit producer and consumer prices are not where Powell wants them to be, so for now, tightening remains the name of the game.

The good news is, we’re only a day away from the weekend, which is something we can all sing about – Sweet PPI ba ba ba. 🎶

Six Flags Entertainment investors were not entertained by the company’s lower-than-expected earnings and revenue. 👎

The company cited weaker traffic as the primary driver, telling investors that attendance fell by 22% YoY. They also subtly blamed Jesus for the weak traffic numbers, noting that Easter was later this year and that spring break was weaker than expected. 😂

The poor results sent its shares on a rollercoaster today, down nearly 20%. 🎢 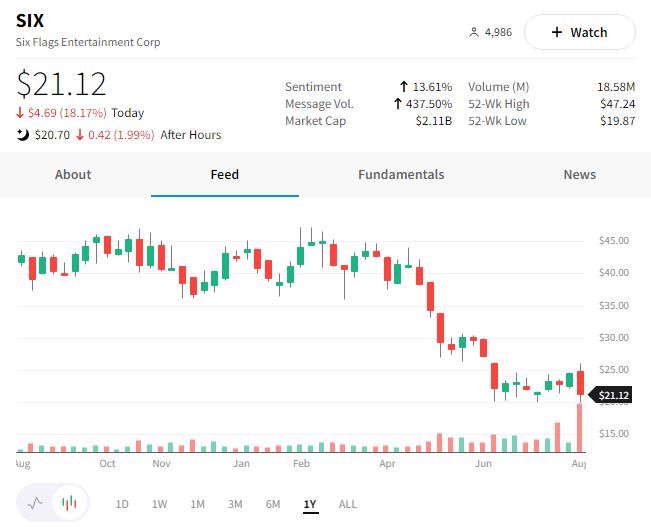 Arrival’s earnings arrived today…and investors are “returning to sender,” shipping the stock down 25%. 📉

The electric vehicle startup expects to begin production of the highly-anticipated EV van this quarter but does not expect any revenue this year. It posted a $90 million loss this quarter, up from $56.2 million last year, as it increased expenses to ramp up production.

The company established a $300 million At The Market (ATM) platform, which will allow it to raise funds by selling stock. It projects that this program will fund the business through at least 2023 without having to raise more capital. 💰

For now, it seems investors are struggling to share in that vision…instead seeing a lot of expenses and no product. As with many electric vehicle startups, they remain guilty until they prove they can meet their projections. 🤷‍♂️ 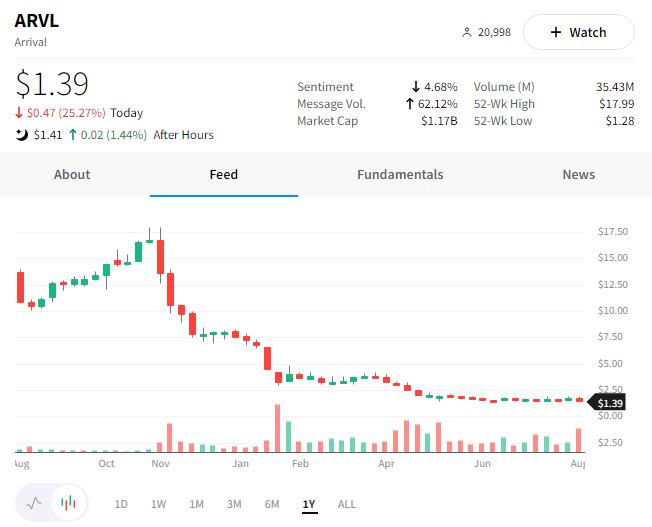 The company maintained its full-year guidance for deliveries but trimmed its full-year financial outlook. As a result, it’s now telling investors to expect a wider loss and lower CAPEX than previously forecasted.

It pointed to a delayed production ramp, higher raw materials and freight costs, and continuing supply-chain challenges as the reasons for its updated guidance.

So far, investors don’t appear too concerned about the news, as shares are only down marginally after hours. 🔻 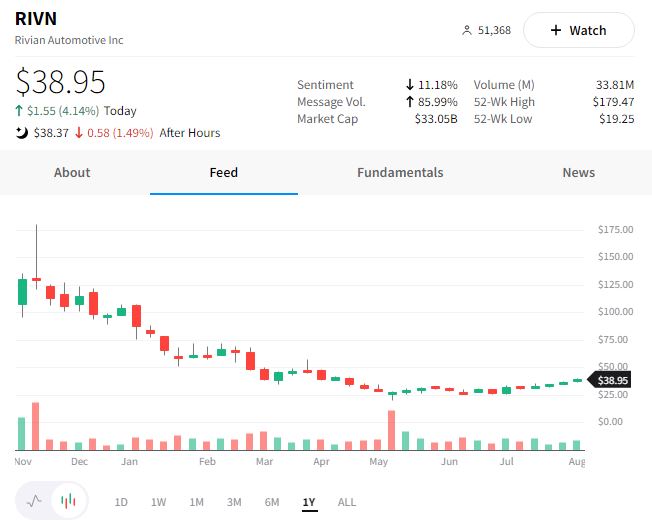 The company remains in expansion mode but is being strategic about how it spends, given the tougher environment.

In the face of this mixed news, the stock rallied nearly 20%. The confusing action marks another instance where maybe expectations got too low, allowing the company to simply step over the bar. 🤷‍♂️ 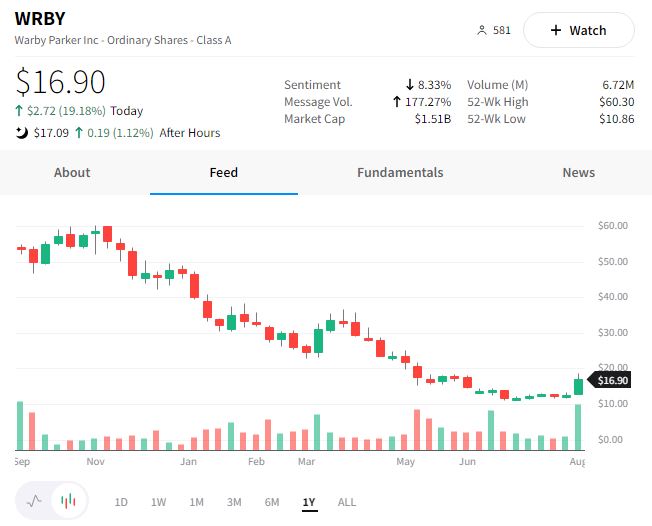 Veru shares continued their volatility today, rocketing higher by 36% despite missing estimates of its earnings and revenue numbers. 🔺

The company reiterated that it’s focused on scaling the manufacturing of Sabizabulin in preparation for potential emergency-use approval in the U.S. and parts of Europe.

As we typically see with biotech companies, many investors expect continued volatility until it receives a ruling on its drug from the various governing bodies. 📝 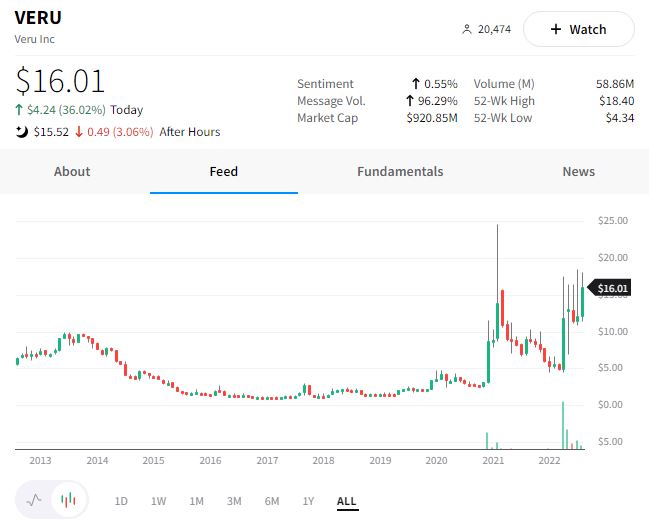 🥇 YouTube takes the top spot in a survey of teen usage. A new Pew Research Center survey questioned 1,316 U.S. teens between ages 13 and 17, finding that 32% use the Facebook App. This is down significantly from the same survey from 2015, which found that 71% of teens used Facebook. The clear standout is YouTube, which is used daily by 77% of those polled, followed by TikTok at 58%. Facebook is aware that its popularity among younger demographics has waned significantly and is trying to win back that audience. Techspot has more.

🕵️ A single standard for cyberattack detection is in the works. Over a dozen cybersecurity companies are developing a single, open standard for sharing data about hacking threats, which they hope will help organizations more quickly detect attacks. The Open Cybersecurity Schema Framework was announced this week and targets the main bottleneck in sharing threat information, which is the different data formats used across the industry’s leading tools and products. More from CNN Business.

📉 Early-stage VC valuations decline for the first time in 2.5 years. A new report from PitchBook outlined that the median pre-money valuation on early-stage startups has fallen for the first time in about ten quarters. However, the report found that seed-stage investment has held up better than any other stage, with the median pre-money valuation staying up 33% YoY. In the public markets, only 10 IPOs were valued at over $1 billion through June 30th, compared with more than 100 in 2021. PitchBook has more.

⚔️ The battle over personal data continues. The FTC has issued an Advance Notice of Proposed Rulemaking (ANPR), calling for public comment on data collection, algorithmic discrimination, and commercial surveillance as it looks to craft new rules about how companies handle consumer data. Unfortunately, the push for a federal data privacy standard has more or less stalled over the years, as this remains a highly controversial and politicized issue. The Verge has more.

🔺 NYC rent hits a new record, no break for New Yorkers in sight

🧲 Magnet fishing got people hooked, but China and green tech are threatening its future

Inflation Remains The “Core” Of The Problem

This data has been volatile over the summer but had made downward progress since March, that is until now. 😮‍💨

It’s been a long quarter, and there’s a lot of data to analyze, but let’s take a quick look and see how things shook out in Q3. 👁️👁️

The Finviz quarterly performance graph shows that there weren’t many places to hide your money. Almost every major asset was down, but bonds and economically-sensitive commodities like oil and lumber fell the most. Meanwhile, the U.S. Dollar, volatility index, and some obscure commodities like Palladium, Orange Juice, and Live Cattle held up well.