It was a crazy week in the markets. Let’s recap and prep for the week ahead. 👍

💚 Stocks closed green despite the many unanswered questions about the crypto fallout and how the Fed will react to the weaker-than-expected inflation print. Meanwhile, technical analysts are watching these two charts for clues regarding the market’s next move.

🤩 This week’s Stocktwits Top 25 report showed underperformance relative to the indexes as the sectors that were down the most rebounded aggressively.

🧊 October’s Consumer Price Index (CPI) decelerated and came in below expectations, which sent stocks soaring as investors cling to any sign of good news. Regarding inflation, crude oil remains stuck in a range, and its resolution will significantly impact future inflation prints.

📝Before the CPI report sparked a massive short squeeze, companies that missed earnings expectations dropped hard as they have over the last few weeks. These included Palantir, Lyft, Take-Two Interactive, Disney, Upstart, and Roblox. Afterward, many of these stocks rallied sharply.

⏪ Elon Musk had to quickly backtrack his “pay for verification” idea after several public companies saw their stocks decline because of fake tweets that appeared to be from their official Twitter accounts.

🔥 Several names were on the Stocktwits trending tab for a good portion of the week, including $MMTLP, $MULN, $DWAC, $HUDI, and $DOGE.X.

🛑 Binance halts FTT token deposits. The cryptocurrency exchange’s CEO, Changpeng Zhao, said it is no longer accepting FTX’s FTT token deposits on its platform and is urging other crypto exchanges to do the same. This comes after FTX filed bankruptcy but then reported unauthorized access, which resulted in hundreds of millions of dollars in assets being moved ‘suspiciously.’ Reuters has more.

🏃 FTX users run for exits using a Bahamas loophole. Some users have found a way to move money off the exchange through a Bahama’s backdoor. Unusual trading patterns suggest desperate customers are collaborating with FTX users in the Bahamas to help get their funds. Some high-net-worth users are paying astronomical prices for NFTs as they try to access their money in any way possible. More from CNBC.

🛒 Signs point to a lackluster China Singles Day. When things are going really well, you can count on China to let you know. However, when things aren’t going as well as expected, there’s often radio silence. Since the Chinese e-commerce giants, Alibaba and JD.com, have declined to release sales numbers for their largest annual shopping event, many speculate it was a dud. Barron’s has more. 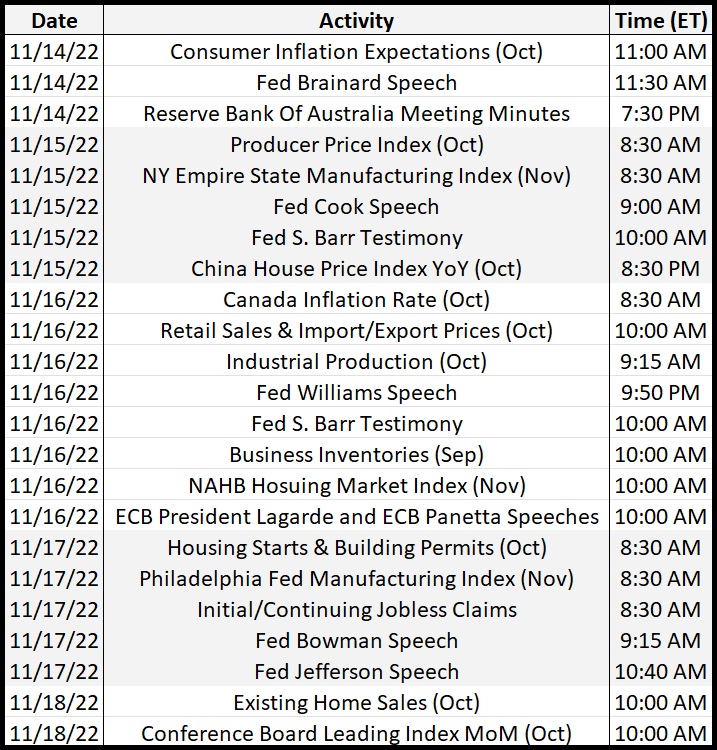 All eyes will be on Tuesday’s producer price index (PPI) reading and the housing market data late in the week. In addition to the above, check out this week’s complete list of economic releases.

Earnings season is slowing down, with 409 companies reporting this week. Some tickers you may recognize are $RUM, $HD, $LOW,  $WMT, $TGT, $NVDA, $PANW, $BABA, $JD, and many, many more. 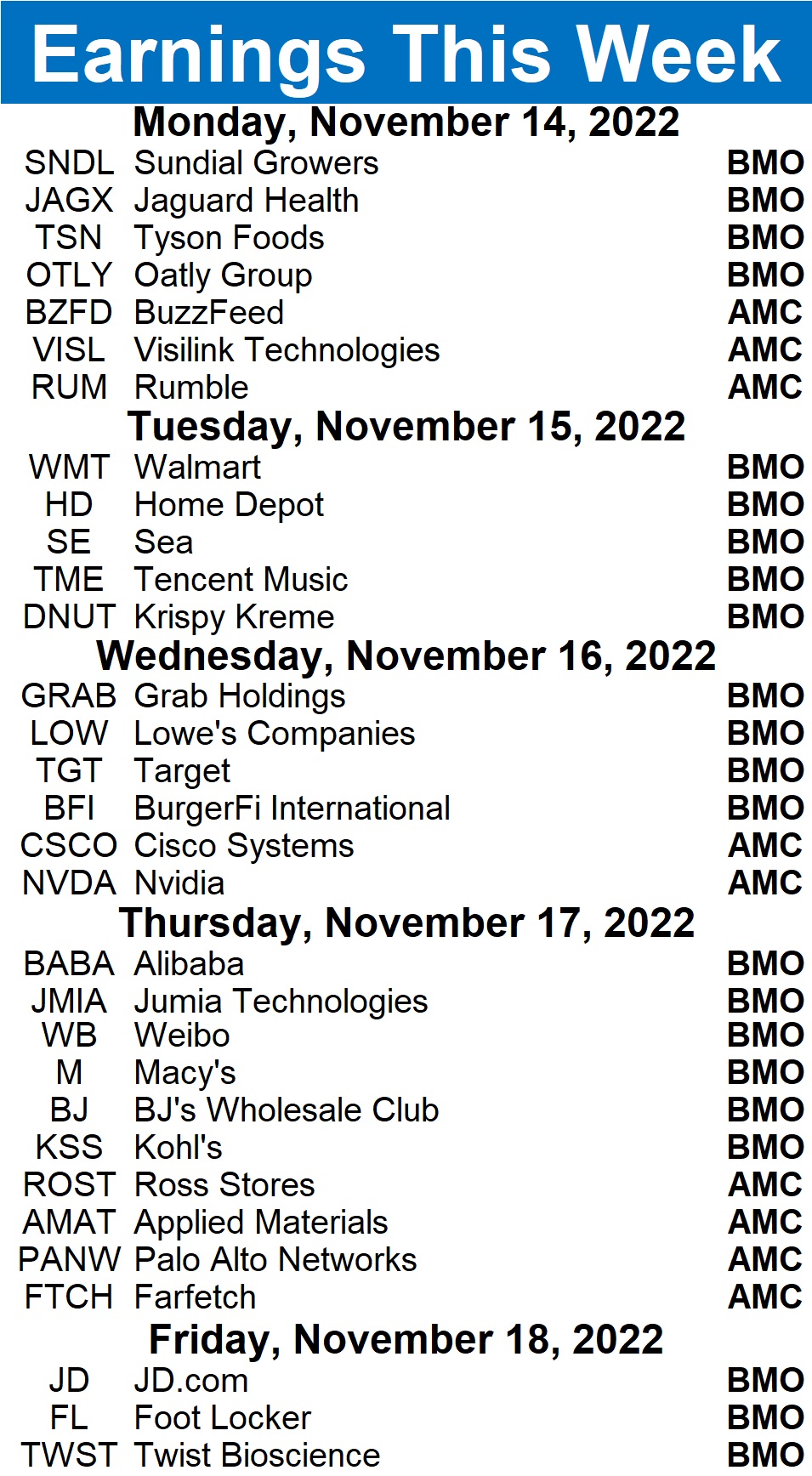 ⚖️ United Airlines to pay $305,000 to a Buddhist pilot who refused to attend Alcoholics Anonymous meetings

The Show Goes On

Overall asset performance remains mixed ahead of Powell’s speech tomorrow and a slew of economic data the rest of this week — let’s see what you missed today. 👀

We know you’re suffering from a food coma, and we are too. But let’s recap the shortened holiday week and prep for the week ahead. 👍