Risk assets continued to trudge higher ahead of tomorrow’s day off and Friday’s half day. We know most of you have checked out already, so let’s get you caught up and off to eat some Turkey. 🦃 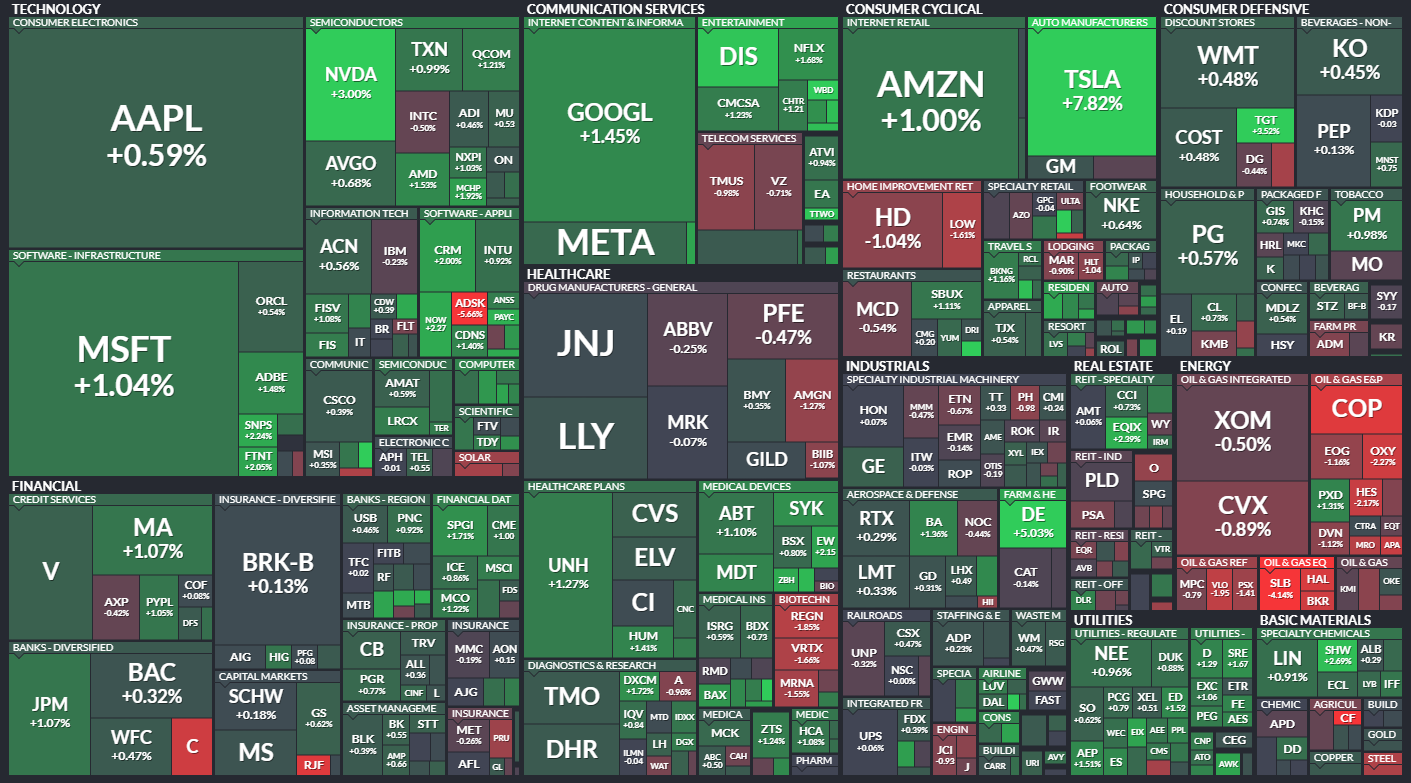 Manchester United added to its two-day rally as the company and investors expect a bidding war for the company. 💰

News Corp and Fox rose marginally on reports that their recombination is facing opposition from a large shareholder, Independent Franchise Partners. 📺

HP is ramping up its cost-cutting amid a slowing PC market, saying it will lay off 4,000 to 6,000 global employees over the next three years. 🖥️

A Few “Minutes” With The Fed

Since then, many Fed members have reiterated that sentiment via press comments and speeches. 💬

As a result, many expected today’s Fed Minutes to be a big nothingburger. And they sort of were, with the market rallying marginally on confirmation that the Fed’s messaging from early November remained consistent.

But under the surface, the minutes provided an interesting insight regarding the Fed’s outlook for the economy in 2023. 👀

I feel like maybe this section of the @federalreserve #FOMC minutes should be getting more attention. It's pretty unusual to see this stated so plainly. @steveliesman @ScottWapnerCNBC @lisaabramowicz1 pic.twitter.com/VgGI3wFdoT

In it, he points to the part of the minutes that reads, “The staff, therefore, continued to judge that the risks to the baseline projection for real activity were skewed to the downside and viewed the possibility that the economy would enter a recession sometime over the next year as almost as likely as the baseline.” 📝

In other words…the Fed’s base case is for the U.S. to enter a recession next year. This isn’t surprising, given their policies are trying to push us into one to bring down inflation. But, as Dan pointed out, seeing it explicitly stated is something new.

How’s that for a Thanksgiving table conversation? You can thank us later, folks. 😜

Deere’s earnings report in August showed it was facing a bit of a drought, lowering its full-year profit outlook. Supply constraints left it unable to meet the robust demand of farmers, with rising expenses eating into profits. 👎

Since its order books for most of its farm equipment and combines are full through Q3 2023, it can raise prices and offset some of its increased costs. Additionally, supply chain issues are beginning to ease, setting up for better production/delivery and reduced costs in 2023.

Investors were happy to see the company’s operating profits expand and that supply chain worries are beginning to ease. Lastly, the company’s outlook for improved construction equipment sales due to infrastructure spending was a nice kicker. 👍 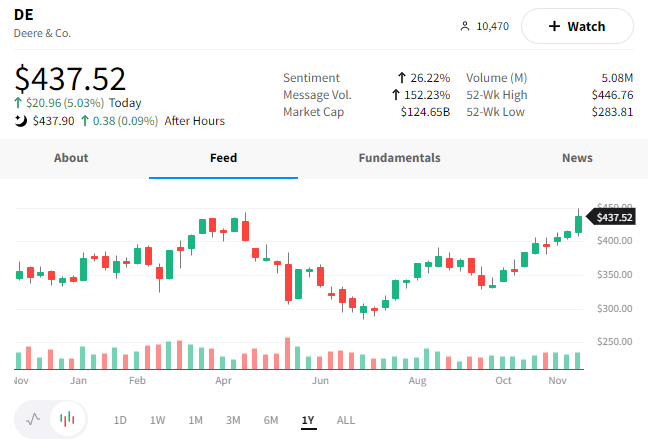 A Gaggle Of Economic Data

Most of this week’s U.S. economic data came out today, so let’s quickly summarize.📝

First, new home sales rose in October despite mortgage rates staying elevated. They rebounded 7.5% to a 632,000 unit annual rate, with September’s sales revised down 15,000 units to 588,000. The median selling price was up 15.4% YoY to $493,000. Supply remains tight, with completed homes accounting for just 13% of the inventory, less than half the long-term average. 🏘️

U.S. business activity contracted for the fifth straight month in November, with a measure of new orders falling to a 2.5-year low. The U.S. Manufacturing PMI dropped to 47.6, indicating a contraction in manufacturing activity for the first time since the pandemic. The services measure fell to 46.3, down from 48.2 in October. The Fed’s tightening is clearly impacting many of these leading indicators of economic activity. 🔻

Additionally, initial jobless claims rose by 17,000 to a 3-month high of 240,000. Continuing jobless claims rose 48,000 to 1.551 million. While these numbers are still meager by historical standards, economists will be watching this as an early indicator of a meaningful shift in the currently strong labor market. 🏋️

🔻 Credit Suisse projects a $1.6 billion Q4 loss. The Swiss bank announced drastic measures to turn around its business last month, but today it reminded those steps toward long-term sustainability came at a steep short-term cost. The news sent shares down over 6%, settling just above their all-time lows. Next Wednesday’s extraordinary general meeting will allow shareholders to vote on the group’s restructuring and capital-raising plans. CNBC has more.

😨 Google employees fear mass layoffs are coming. While other tech giants are cutting headcount aggressively, Google’s employees have been largely safe. With that said, a recent change in performance reviews and cuts to other business expenses like travel have increasingly concerned insiders. In addition, the company reported the weakest revenue growth since 2013 last quarter, and a slowing advertising environment is forcing executives to make tough choices. CNBC has more.

🚗 Russia relaunches Soviet-era Moskvich car. The country is using a former Renault factory to relaunch the automobile company. The company expects to produce 600 cars by the end of 2022, including 200 electric vehicles, which will be available for purchase in December. After that, it plans to ramp up production to 50,000 cars in 2023 and 100,000 in 2024, with at least 20% being electric. The move comes as Russia tries to make its economy more self-sufficient, given Western sanctions have choked its access to the outside world. More from CNBC.

🧬 FDA approves most expensive drug ever, a $3.5 million-per-dose gene therapy for hemophilia B