The Total Market Cap tanked -3.50% in a little over two hours Sunday evening – a wipeout of nearly $28 billion. There have been some attempts to rebound, but the conviction is not there.

However, the weekend did have some excitement – namely, with the controversial YouTube influencer Bitboy (Brian Armstrong) flying to the Bahamas to seek out SBF. We’ll have a bigger story in the Wednesday Lightpaper because Bitboy’s shenanigans are still live.

In today’s Litepaper, we’ll look at the latest casualty in the continuing crypto contagion, a hugenormous slip of the tongue by the CME ($CME) CEO, and why Kraken’s founder believes Proof-Of-Reserves is a bunch of B.S.

Before we dive in, here’s how the market looked at the end of the trading day:

2/2 #ProofOfReserves audit must have:
1. sum of client liabilities (auditor must exclude negative balances)
2. user-verifiable cryptographic proof that each account was included in the sum
3. signatures proving that the custodian has control of the walletshttps://t.co/QEZo0DzJfw

Then it got interesting. Powell responded to a November 25 breaking news Tweet from Tree of Alpha that stated: BREAKING: Binance Releases Proof Of Reserves System.

What was Powell’s response? A yuge burn on Binance.

I'm sorry but no. This is not PoR. This is either ignorance or intentional misrepresentation.

The merkle tree is just hand wavey bullshit without an auditor to make sure you didn't include accounts with negative balances. The statement of assets is pointless without liabilities. https://t.co/b5KSr2XKLB

He continued, tweeting: “This is simply “here’s a hash of your record in the BTC spreadsheet.” ok… but what’s the point? The whole point of this is to understand whether an exchange has more crypto in its custody than it owes to clients. Putting a hash on a row ID is worthless without everything else.”

Powell still wasn’t done. In a big warning to the entire industry, he criticized a fortune.com article praising Binance for its Proof-Of-Reserves announcement.

Odd that the article fails to mention the exchanges that have been performing PoR and calling for others to follow before the FTX blowup. I hope that other exchanges will do a PoR but, in the past week, we have only seen attempts to redefine what PoR means and confuse people.

We’ll keep you updated as this story progresses. 💩 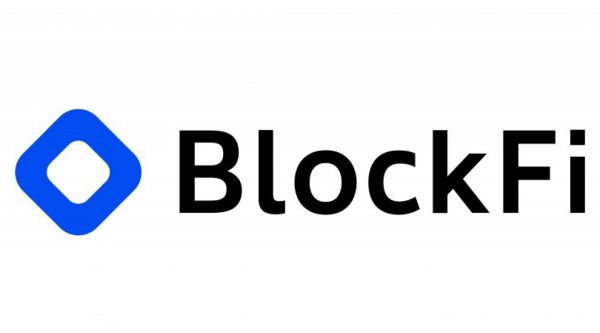 BlockFi is another one of the many entities to collapse following FTX’s fall. But BlockFi had an ugly 2022 even before Luna’s ($LUNC.X) or FTX’s death. ‘

In February 2022, BlockFi settled with the SEC and 32 States over its crypto lending business and paid an industry record of $100 million.

A different kind of contagion followed that fallout, with other crypto lenders and crypto earners like Nexo ($NEXO.X) suspending all rewards and interest for U.S. customers. 😥

“As someone involved in business, what, why did none of the regulators do that? Where was Gary Gensler?”

Duffy replied: “Well, I don’t know where Gary Gensler was, but my regulator at the CFTC I bribed, I asked them, why in the world are you invoking the Commodity Exchange Act, Section 5, Paragraph b….”

A slip of the tongue? You be the judge. You can watch the clip on Twitter:

“My regulator at the CFTC, I bribed—I asked…”

One of the funniest moment on cable in a long time pic.twitter.com/osBh8cnFi1

No update or explanation has been made at the time of writing this article. 🤦‍♂️

🙊 YouTuber and cryptoinfluencer Brian ‘Bitboy’ Armstrong is in the Bahamas, attempting to track down SBF and make him answer to the collapse of FTX. The Litepaper will do a special article on this incident on Wednesday as the events in the Bahamas continue to expand, develop and unfold. You can keep up with Bitboy’s activity via Twitter

🇸🇻 El Salvador isn’t backing away from Bitcoin ($BTC.X). Instead, they’ve created a new National Bitcoin Office. What does the office do? According to the government, “The objective of the ONBTC will be to design, diagnose, plan, program, coordinate, follow up, measure, analyze and evaluate plans, programs, and projects related to bitcoin for the economic development of the country.” Interestingly – or perhaps not – the new office is a ‘special administrative unit’ with ‘technical autonomy’ within the office of the President. How convenient. Full story from CryptoPotato

🐺The Wolf of Wall Street, Jordan Belfort, admitted to a little bit of a comeuppance. During an interview with Yahoo Finance, Belfort admitted he lost $300,000 in crypto due to a hack. Since then, he reports that he doesn’t keep any crypto on exchanges, instead in cold storage wallets like Ledger. Read more from Finbold

☹️ Failed Cardano-based stablecoin, Ardana (not the upcoming Djed), faced the full review and wrath from Cardano’s founder, Charles ‘The Hosk’ Hoskinson. The Hosk explained he lost his investment in the project and derided Ardana’s leadership for blaming Cardano for its failure when the failure was with the leadership. Watch the full breakdown on YouTube

5️⃣ 5 Lessons From the Stunning Implosion of SBF and FTX

The Suspense Is Palpable

It was another week of green for the crypto market, though gains were pared back as we approach next week’s highly-anticipated Federal Reserve meeting. 😬

In today’s Litepaper, we take one final look at inflation before the next interest rate decision, provide an update on the Celsius Earn situation, and update the top 10 market cap staking yields. Buckle up; we’ll run through this so you can enjoy your weekend. 👍

Fakeout Or Breakout? The First Test.

Admit it, you thought yesterday’s close meant today would be another red day. 🔴

Crypto investors/traders are conditioned to expect that price behavior – and when it doesn’t happen, there’s a collective sigh of relief.