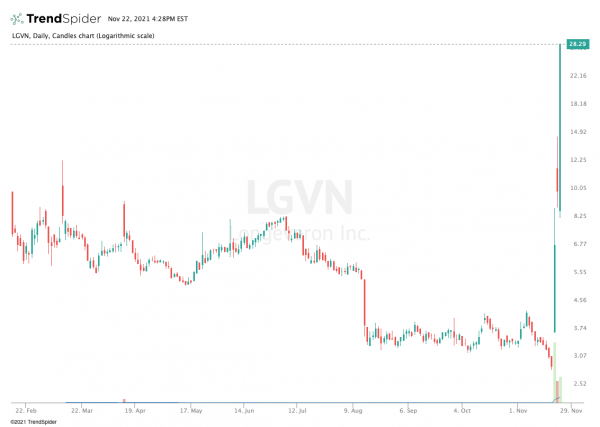 Energy ETF $XLE recovered 1.77% as the strongest sector. Is this a dead cat bounce? Or is the strength restored?? Time will tell…

Financials flew 1.41% as the only other sector to gain more than 1% alongside energy. Communication services dropped 1.22% to its lowest price since Jun 18.

President Biden nominated Jerome Powell for his second term as chairman of the Federal Reserve. 🇺🇸 More on this below.

Jerome Powell Gets Ready for Round 2 ✌️

Many breathed a sigh of relief today as Joe Biden reappointed Federal Reserve Chair Jerome Powell to his second term at the central bank. In addition to Powell, President Biden will also nominate Fed governor Lael Brainard to vice chairwoman of the board of governors.

“Put directly: at this moment both of enormous potential and enormous uncertainty for our economy, we need stability and independence at the Federal Reserve. Jay has proven the independence that I value in a Fed chair.”

Jerome Powell has bipartisan support in the Senate, although he is opposed by some prominent progressive leaders (like Elizabeth Warren.) As the Biden administration pushes an agenda focused on social spending and climate change, Powell’s bipartisan support could be beneficial for President Biden.

For now, Powell’s nomination is an indication that easy monetary policy (low interest rates and cheaper borrowing) could continue as the Fed maintains its position on inflation and interest rates. However, the economy of Fed Chairman Powell’s latest term looks very different from his first… 📉

Do This Before December 31st To Keep More Of Your Gains

Did you know that there are now very savvy ways to keep more of your cap gains (and put them to work) while turning the tax man away for years?

If you are facing hefty tax payments on gains from the sale of a business, stock, BTC, real estate, or other investments, investing in a Qualified Opportunity Zone Fund (QOF) can unlock these benefits:

El Salvador, the only country in the world to make Bitcoin legal tender, is going to build an entire city using the cryptocurrency. The so-called “Bitcoin City” will be built near the Conchagua volcano in the country’s southeastern part. 🌋 🤑

President Nayib Bukele shared this latest development at a Bitcoin event on Saturday. Bukele said the government plans to build a power plant near the volcano to supply energy to both the city and Bitcoin mining. 🤭 The city will have residential and commercial areas, services, entertainment, restaurants, and an airport.

According to Bukele, an enormous Bitcoin symbol will be located in the center of the city, which will be laid out in the shape of a circle. The Bitcoin city will have no income, property, capital gains, or payroll taxes. 🚨 🚨

On top of that, the Central American country will also issue a $1 billion “bitcoin bond,“ a tokenized financial instrument developed by Blockstream on the Liquid Network. The bond will create a securities law, granting Bitfinex Securities a license to process issuances. $500 million of those funds will be used to build energy infrastructure and Bitcoin mining equipment, while $500 million will be used to buy more Bitcoin. The market price of Bitcoin sits around $56,000 — just under 2,000 bitcoins.

President Bukele has always been pro-Bitcoin. El Salvador made Bitcoin legal tender and launched a Bitcoin wallet earlier this year. However, not everyone in the country is a fan of crypto… some El Salvadoran citizens protested Bukele’s decision earlier this year, calling him a dictator.

Recent IPOs had their fun in the sun in November. But could today’s pullback be a sign of weakness to come?? 💭 Here are a few charts. We’ll let you pick the verdict… 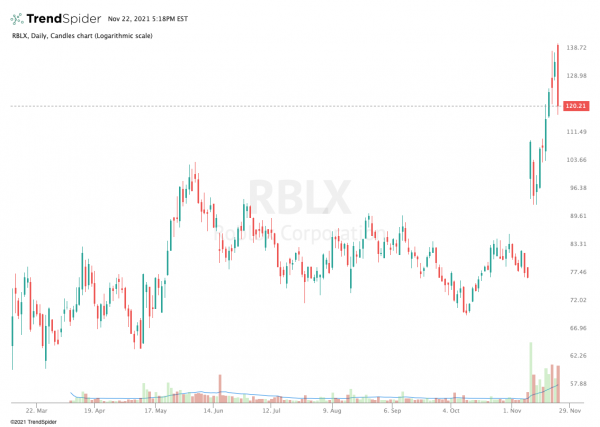 Rivian sank 8.16% today after the company and Ford Motors canceled their collaboration to build an electric car. 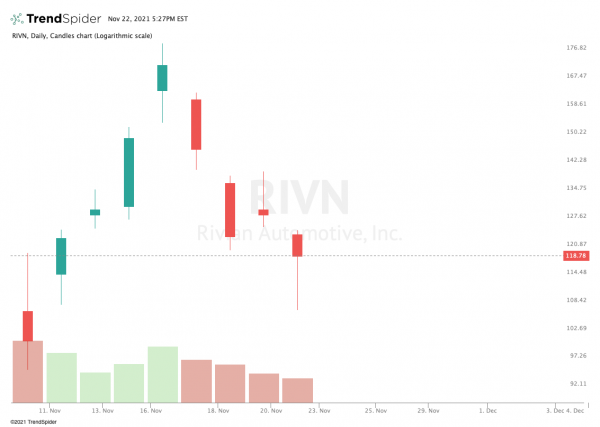 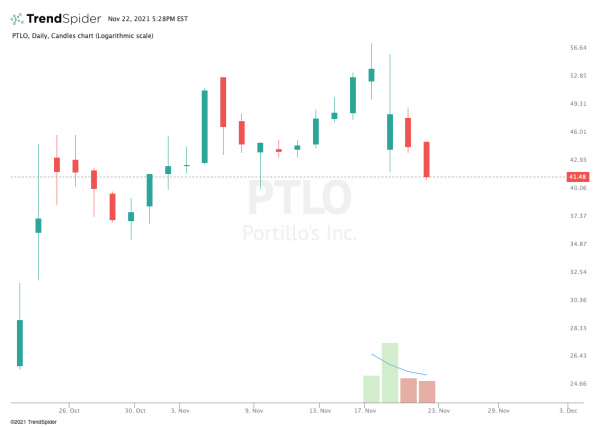 Sweetgreen got off to a bitter start. $SG slipped 16.26% to close at its lowest price ever. 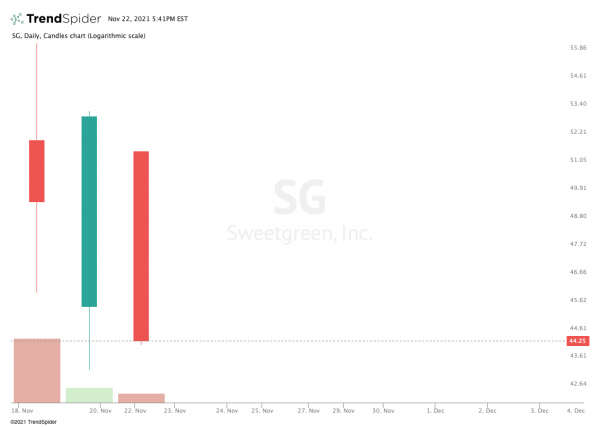 Monday was a busy day in the world of M&A. 🥵

It was announced that Netflix will acquire the Canada-based special effects firm Scanline VFX. Scanline VFX is responsible for ‘Stranger Things,’ ‘Game of Thrones,’ and ‘Justice League.’ The move comes as Netflix’s expands its horizons in an effort to keep up with the competition. Netflix also recently purchased the ‘Roald Dahl Story Co,’ and branched into video games. $NFLX closed down 2.89%.

🎧 Check out the Investing with IBD podcast for trading tips and new stocks every week. Find it wherever you get your podcasts!*

💀 GoDaddy Just Realized It Was Hacked Months Ago

📺 The Entertainment Moments We’re Grateful for in 2021

👓 Nreal Light Review: Hardware Is Only Half the Battle