Good evening, everyone. Welcome back to the Daily Rip! A widespread selloff was the source of today’s sea of red. 💔

Sectors were also a sea of red. Healthcare, information technology, and communication services were the only gainers. 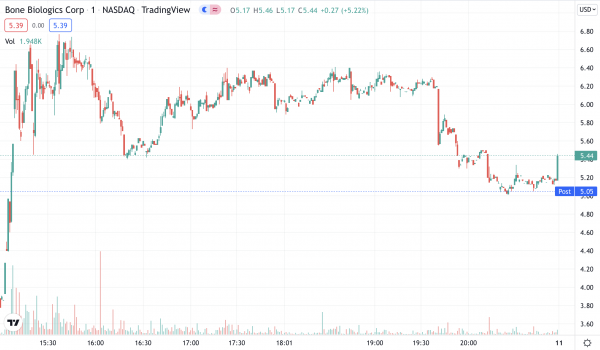 Take-Two Interactive, the creator of “Grand Theft Auto,” announced its acquisition of Zynga in a $11 billion cash-and-stock deal. $ZNGA zoomed 40.67%. 🔥 🔥 More on this below.

Crypto cracked, too. 😭 Bitcoin fell below $40K for the first time since September. Ethereum dipped below $30K.

Richard Clarida, a top former official at the Federal Reserve, resigned today after admitting his failure to disclose financial trades made in February 2020. Read more in the ‘bullets’ below.

Take-Two, the game studio behind Grand Theft Auto and NBA 2K, is paying up to buy mobile gaming giant Zynga. Take-Two is purchasing the Farmville developer for $12.7 billion. 🤑

Take-Two hopes that its cash-and-stock acquisition will give the company a stronger position in the mobile gaming space. In recent years, the company has shelled out for mobile game studios like SocialPoint and Playdots. However, Zynga is built different. In addition to the company’s giant mobile gaming footprint, it also has a strong in-house ad business that serves its free-to-play games. According to Take-Two Chief Executive Strauss Zelnick, “More than 50% of our net bookings will come from mobile” after acquiring Zynga.

However, to buy the multi-billion-dollar giant, Zelnick & Co. had to offer a beefy premium. Take-Two offered a 64% premium and will fork out $9.86 for each share of the company. $6.36 of each share will be paid in stock, while the remaining $3.50 will be paid in cash. 💰 💰

Many industries have witnessed increased M&A activity during the pandemic, but the video game industry (and the metaverse world) have been huge benefactors of the pandemic. Gaming and “the metaverse” are colloquially intertwined, and tech giants like Facebook and Microsoft are making their presence known. 💪 $FB rebranded to Meta earlier this year to catch the potential upside of the metaverse trend, $MSFT paid $7.5 billion to acquire Zenimax (owner of Bethesda, the creator of Fallout and Elder Scrolls), and $EA paid over $6 billion to acquire three studios since the pandemic started.

Ultimately, Take-Two’s deal isn’t huge in a relative sense, but it does represent an ongoing interest in virtual worlds/the gaming space.

It’s 2022. Wages are rising, asset prices are increasing, but interest rates remain low with supply chain shocks abundant. With so much change happening around us, why stick to the investment strategies of yesteryear?

Yieldstreet allows you to invest beyond the stock market with an evolving marketplace of alternative investments. Invest in real estate, art, legal finance, venture capital, and more – without needing to take out a new mortgage to afford them.

Target annual yields typically range from 3%-18%. Discover why over 350k members have invested over $2B with Yieldstreet.

For the most part, we know what’s going on in public markets. But private markets? Not so much. With more and more private companies opting for funding in private capital markets, the SEC is sounding the alarm on lack of transparency. 🚨

Private capital markets are pools of investors looking to invest in private companies without the logistical or transparency hurdles involved in publicly-listed companies. However, the SEC is becoming concerned as large ‘unicorn’ firms, which may have a tremendous impact on society, privately raise capital without disclosing their investors/terms. Furthermore, private ‘unicorn’ companies are valued at $1 billion or more — so this is no joking matter.

In 2020, SEC Commissioners voted 3-2 on a proposal to increase access to the world of private capital markets. Prior to the SEC’s vote, individual investors were only labeled ‘accredited’ if they held over $1 million in net assets and at least $200,000 in income. The SEC’s new legislation aimed to award ‘accredited’ investor status to MBAs, analysts, and those holding law degrees. Now, the SEC is working on legislation which would require private companies to release more information about their investors, finances, and business operations.

Commissioner Allison Lee shared “When they’re big firms, they can have a huge impact on thousands of people’s lives with absolutely no visibility for investors, employees and their unions, regulators, or the public. I’m not interested in forcing medium- and small-sized companies into the reporting regime.”

This push for transparency in private markets comes as investors and regulators alike have recently expressed concerns over wealthy traders pulling out of public markets. At the time of this writing, there are 959 known private companies valued at more than $1 billion.

California Governor Gavin Newsom made a big pledge while campaigning for his current job in 2018. Newsom promised to establish a government-run, single-payer healthcare system. When Newsom faced a recall election last year, healthcare unions were a critical ingredient to his landslide victory. Now, those unions want Newsom to finish what he started.

Turns out, unions might not need Newsom to get the ball rolling. 💡 That’s because lawmakers in California have revived a plan to launch a free healthcare program for all Californians. The so-called “CalCare” plan made its rounds in 2017 (before Newsom’s election) and boasted an estimated $400 billion price tag. This time around, the single-payer proposal is carrying more weight — it’s considered a state constitutional amendment called ACA 11.

Single-payer systems have been controversial in the U.S. for decades. In 1994, California proposed an initiative similar to ACA 11, which was overwhelmingly rejected by voters. In recent years, single-payer has experienced a surge in popularity and gained a small edge in popular polls of U.S. adults. Their rising popularity has its roots in strong progressive movements, which suggest that millions of Americans do not have health insurance.

Even those who do have insurance might face enormous financial hardship. Medical bills are reported to be the number one cause of U.S. bankruptcies, according to a study published in The American Journal of Medicine. 🚨 That’s why such a program could go miles to helping underrepresented groups, the unemployed, entrepreneurs, and retirees.

However, even though there would “be no copays or deductibles,” the $400 billion price tag would be billed to Californians in the form of higher taxes.

According to the Tax Foundation, the tax hike required to fund the amendment is aggressive. The foundation claims that household taxes would rise by $12,250 per household if the amendment was passed. That would roughly double “the state’s already high tax collections.”  The proposed payroll tax bracket necessary to establish ACA 11 would have the greatest impact on one group in particular: low-income Californians, who could see their tax bills more than double.

However, it should be noted that California’s attempts could test the waters for a nationwide single-payer initiative. If ACA 11 was successfully passed and implemented, it could potentially kill private insurers and their presence in America’s biggest market. ACA 11 would also likely lead other progressive states down the same path, and maybe even to Washington one day. 🦅

However, from the looks of ACA 11’s current tax impact, Democratic lawmakers are sabotaging their own efforts. The proposal’s failure could crush progressives’ best attempts to bring change for years to come.

WhatsApp co-founder named interim CEO of Signal. WhatsApp co-founder Brian Acton left Meta over disagreements about the monetization of his messaging platform, which he sold to Meta for $16 billion in 2014. Now, he’s taking the lead at another messaging company: Signal. The secure end-to-end encrypted messaging app named Acton as interim CEO while the company looks for a permanent replacement. Read more in Axios.

Fed Vice Chair to resign over controversy. Fed Vice Chair Richard Clarida is leaving the Fed just weeks after two other prominent resignations from regional feds. Clarida admitted last month that he failed to disclose financial trades in Feb. 2020, which was part of an ongoing ethics probe into insider trading and other activities at the Fed. Clarida’s term was set to expire at the end of January. Maybe Congress should get an ethics probe next? Funny comments aside, read more about the story in Politco.

An antitrust lawsuit was just filed against sixteen top U.S. universities and colleges, including MIT, Yale, and Georgetown. The suit claims that top schools collude in limiting tuition aid and unfairly participate in price fixing to determine candidates’ financial need. If successful, the lawsuit could award damages to graduates of top universities going back 18 years. Read more in WSJ.

🦠 Home Covid Tests to Be Covered by Insurers Starting Saturday

🌎 U.S. and Russia Exchange Warnings After First Round of Security Talks