Wockhardt’s board will meet on January 6 to explore fundraising options. The stock jumped 6%. 🤑

Alembic Pharma (+4%) received the US Food and Drug Administration approval for its bacterial infection drug. 💊

Sugar stocks kept surging. Many rallied over 8%. 🚀 Read more below.

LIC reportedly plans to file its IPO papers by the third week of January. Here’s Times of India with more deets. 💸

The company sold over 35,000 cars in December, edging out Hyundai’s tally of 32,300 units. Launch of Tata Punch, its revamped vehicle lineup, plus strong EV sales helped Tata to punch its way to the No. 2 spot! 👍

Despite the positives and a 150% run in 2021, global brokerage firm CLSA isn’t very bullish. They recently gave Tata Motors a “sell” rating. Ouch! 😧

CLSA cites high valuations in its India business plus Jaguar Land Rover’s slow EV adoption for its downgrade. It reduced its target price to Rs 408, a 16% downside from current levels. Welp. Tata Motors slipped nearly 2% in morning trade, but pared losses through the day. 😟

Marico (-2.2%) plunged the most in over a month after its Q3 update. Management noted “slowing consumption patterns” and called out rising inflation & weakness in rural demand. Despite the issues, Marico grew in the “low teens” with flat operating margins. 🥺

Sugar stocks delivered sweet returns today. 🍭 According to a recent report by Crisil, sugar mills are expected to see revenues and profits rebound in 2022. Core to their thesis, Crisil expects sugar prices to rise ~16% driven by commercial demand, higher exports, and general consumption. In short, watch out for sugar prices. 👀 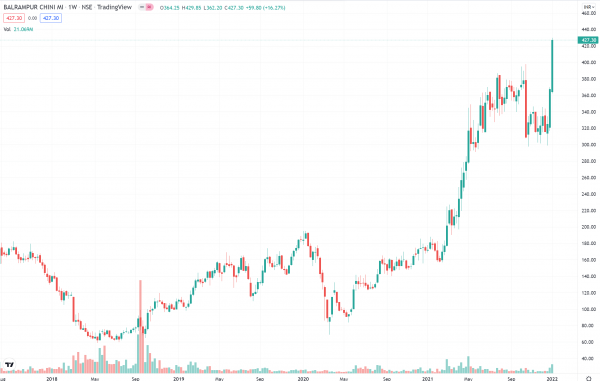 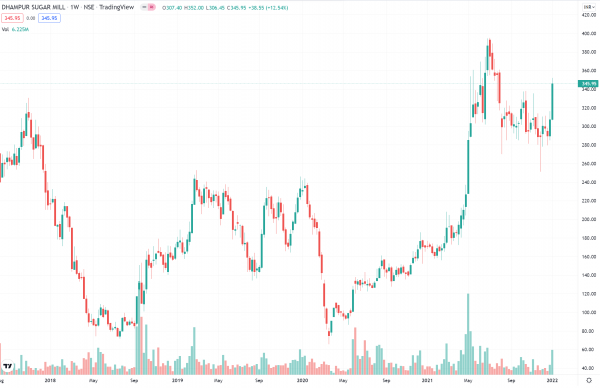 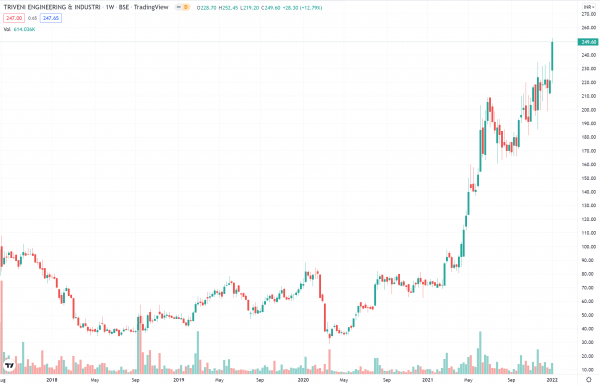 New and smaller e-commerce players have turned to Tier II and rural areas to pen their growth story. ✍🏽

Here’s why. Experts see growth slowing down across metro and Tier I cities for e-commerce players. These players are now keen to tap the next set of users, beyond the first 150 million. 👀

New and smaller players like Meesho are playing it differently. They target users from non-metro cities who are value-focused buyers. Meesho mostly sells unbranded goods to connect with middle-income Indians. Its strategy seems to have paid off. Meesho doubled its valuation to nearly $5 billion in 2021. It is not alone. New international entrant Shopee (part of Sea Ltd) also follows a similar note of tapping non-metro users. 👊

Experts find the entry of Meesho and Shoppe as a sign of transition. Let’s see how Amazon and Flipkart respond! 🤔

💰 Eminem Joins Bored Ape Yacht Club With NFT Worth $452,000 Dressed Like Him

🚆 How To Travel Around Europe For Free By Train-Hopping

✨ These 5 Habits Will Improve Your Life Forever