The Federal Reserve gave investors a look at their playbook this week, helping push all four major indexes into the green. The Russell 2000 led the pack, posting one of its strongest weeks in 2021, rising 4.9%.

Speaking of crypto, we’ve got a story on Tezos below. Tezos has more than doubled this month. Scroll down for the deets.

We’re rounding up Q2 earnings this week with reports from $ZM, $CRWD, and $ORPH. Check out the highlights below.

We also wanted to send good vibes to our readers in the Southern U.S., which is being battered by an intense and dangerous hurricane. Stay safe! ❤️

Tezos Goes On A Tear

It’s not that rare to hear about cryptos doubling these days. However, one lesser-known crypto has done it in just 30 days — and remained mostly under the radar. 📡

Tezos, a proof-of-stake chain, has risen 109% in the last month. Most of that can be ascribed to Grenada, the blockchain’s latest update.

The update was released on Aug. 6. It directly cut the costs and time required for transactions, while increasing benefits for investors who stake (authenticate) transactions. The first two parts are critical ingredients for scalability, but the latter might be one driving more price action.

Proof-of-stake blockchains give investors the opportunity to “stake” coins, which is the act of offering them up to the network to verify transactions. In exchange, they get punted rewards for doing so (mostly transaction fees.) Investors can now get a 10% annualized return for staking according to StakingRewards. 💰

The update and rewards boost coincided with more institutional adoption news, which supported the bull case for the blockchain. $XTZ is up 13.9% today.

The “dirty little secret” the Fed is afraid to tell you 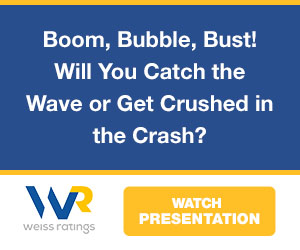 In this special report, I’ll tell you exactly how Jerome Powell, Joe Biden, and Janet Yellen plan to go behind your back to “fix” the debt. Their secret scheme could cost you nearly everything you own. Or it could make you wealthier than you ever dreamed possible. It all depends on what you decide to do today.

Click here to find out exactly what you need to do.

Hurricane Ida has made landfall in Louisiana as a strong Category 4 storm, with wind speeds of up to 145 mph. 🌀🌀🌀

Ida is one of the strongest hurricanes to make landfall in Louisiana. It’s actually stronger than Hurricane Katrina, which battered the state in 2005. It is expected to rapidly weaken over the next day or two. It will dissipate while dumping rain over the American Southeast.

The National Weather Service has characterized the situation as “extremely dangerous“, indicating that the storm will cause “catastrophic storm surge, extreme winds, and flash flooding.” President Biden echoed warnings about the storm, pledging the support of federal agencies and resources.

Naturally, in the somewhat cynical nature of the markets, people are worried about what a major hurricane will do to stocks. There’s some research that suggests the answer is: not much… so stop worrying about that. 😌

However, Ida has curtailed production of oil in the Gulf. Offshore facilities and refineries will have to temporarily cut production. The Gulf oilfields provide 17% of the nation’s oil. Might not be a bad idea to go fill up your car, just to be safe. We’ll get EIA crude inventories this week. 🛢️

Cassava Gets Called Out

This Summer, the FDA approved the first Alzheimer’s drug in nearly two decades. However, its approval came with controversy rather than cheers. 📣

Scientists and doctors echoed concerns about Aduhelm. The FDA ultimately barreled ahead to approve the drug. It came with one big condition: the drug’s maker, Biogen, will have to conduct more studies to prove the efficacy. However, in the meantime, they can sell Aduhelm.

And for the 5.8 million Americans with Alzheimer’s disease, that drug will come with a steep price: $56,000 per person, per year.

In effect, patients might be paying for a drug that doesn’t work. But patients, doctors, and families have been left with few options. There are few diseases to treat or slow the progression of neurodegenerative diseases such as Alzheimer’s. The companies that trial drugs in this space seldom succeed. But when they do, they win big. 🎰🎰🎰

That’s one reason why investors have thrown cash at a lesser-known biotech called Cassava Sciences. $SAVA has become an optimistic trade for investors because it’s trialing a drug for Alzheimer’s disease called simufilam. The drug’s open-label study reportedly showed that it stopped and reversed progression of the disease.

But this week, $SAVA plunged 44.9%. A citizen petition filed in New York alleges that Cassava used “data manipulation and biomedical image manipulation in prior studies.” The company deflected, indicating that its data was prepared by a third-party. That third-party ultimately denied the claims.

At this point, the FDA has not commented on whether or not it will halt the company’s ongoing late-stage study. However, it echoes the very-real FUD in this space. We’ll be tracking $SAVA‘s story. 👀 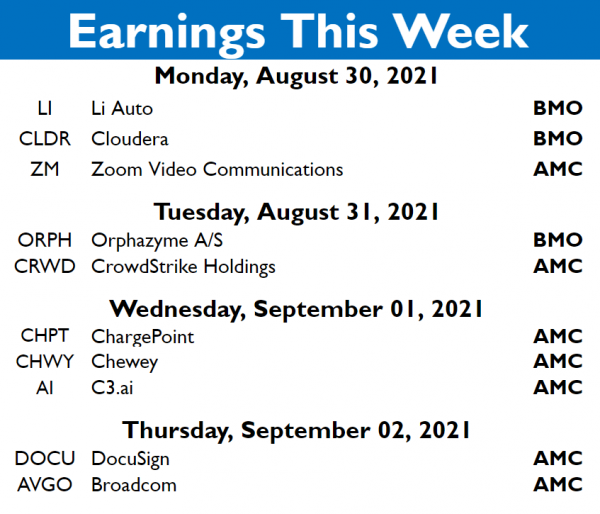 💰Want to boost your profits? Now you can get 2 months of access to IBD Digital plus the weekly print edition for only $14*

⚡ Nearly Half A Million Without Power as Hurricane Ida Slams Louisiana

📉 Airlines and Hotels Are Seeing Fewer Bookings As Covid Spreads

👀 CoinMarketCap.com Gets A Refresh