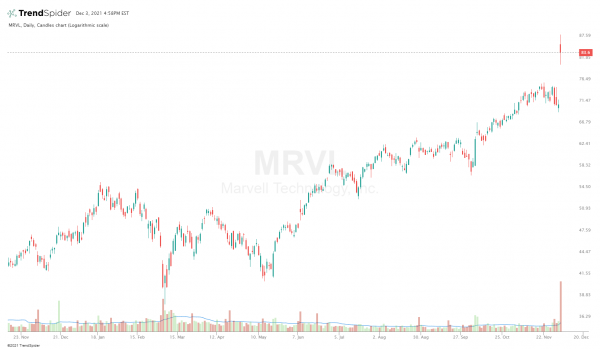 Consumer staples and utilities both gained a percent or more. Financials, tech, and consumer discretionary all tumbled over 1.6%.

Bitcoin broke down 4.6%, but a few coins dodged the weakness. 💎 Check out their charts below.

DiDi Global plunged 22.18% to all-time lows after disclosing its intention to delist from the New York Stock Exchange in favor of a Hong Kong listing. 👋 👋

A rough month for Chinese stocks is getting even rougher. Chinese rideshare app DiDi has announced its plan to delist from the New York Stock Exchange.

That’s probably not surprising to those of you who have been reading our coverage of the company. DiDi’s IPO got off to an explosive start, valuing the company at $70 billion. But that didn’t last — the ‘Uber of China’ quickly became a focal point in China’s latest policy drama. A cybersecurity inquiry into the company sent shares tumbling in July, which inspired a broader market  “reset” in Chinese stocks.

DiDi’s troubles were soon the troubles of all U.S-listed Chinese companies — Alibaba, Tencent, Pinduoduo, and many more suffered from the new policy positions of the Chinese Communist Party. The government assailed media, video games, education companies, and companies which might be in the situation of “owing something” to foreign nations (read: the U.S).

China’s positions are unlikely to change after DiDi completes its voluntary de-listing. In fact, it’s probable that the company’s de-listing might encourage other U.S-listed Chinese companies to do the same. DiDi is expected to re-list itself on Hong Kong Stock Exchange — it’s been suggested that DiDi will allow investors to swap their NYSE shares for the new Hong Kong ones when it goes public overseas.

Didn’t get invited to Airbnb’s friends & family round? Invest in reAlpha.

Airbnb has made real estate investing more lucrative than ever. In fact, the 7.4M short-term rental properties worldwide generate $1.2T in annual revenue.

reAlpha is revolutionizing this short-term rental market through advanced technology and fractional ownership. They’ve proven that their AI-chosen Airbnb properties can beat long-term rental property revenue by 70%+ per property.

And today, you can invest in reAlpha as a shareholder.

Think about it this way – if you’d invested in Airbnb at the beginning, you’d be a millionaire by now. reAlpha is giving you another chance to get in on the ground floor.

Rumble, Trump, And The Next Big SPAC Attack?

Conservative-leaning media companies are officially in vogue… at least with SPACs. Streaming platform Rumble announced a merger with the Cantor Fitzgerald Investment Vehicle ($CFIV), a Nasdaq-listed SPAC, to go public. 📺

Rumble is a Canadian streaming platform, gaining popularity especially among conservative leaders and politicians. The company aims to compete with the likes of Youtube and Facebook. Rumble’s CEO and founder, Chris Pavloski, commented on his goal for the platform:

“Rumble is designed to be the rails and independent infrastructure that is immune to cancel culture. We are a movement that does not stifle, censor or punish creativity and believe everyone benefits from access to a neutral network with diverse ideas and opinions.”

To most, this would be “just another SPAC.” However, $CFVI message volume on Stocktwits jumped 113% after the merger was announced. That’s because Rumble confirmed it had a relationship with the Trump Media Group. Trump Media Group went public through a similar SPAC offering with Digital World Acquisition.

A partnership has the potential to be explosive. 💣 When Donald Trump’s social media company announced its merger, the SPAC skyrocketed 300%+ in just one day. Investors have high hopes that Rumble could capitalize on the Trump Train, which is one reason why investors collected shares today: $CFIV closed +12.5%.

Diamonds in the Rough

It was a rough week in the crypto market for all but a few diamonds in the rough. 💎 💎 Here they are: 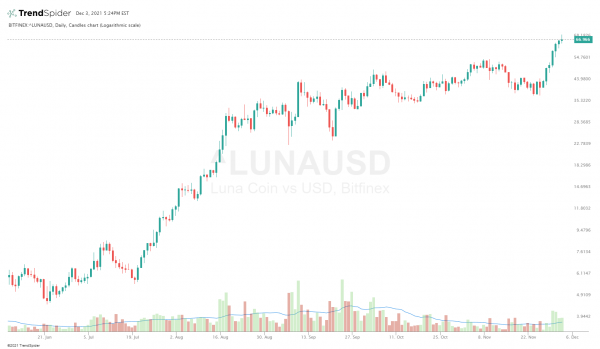 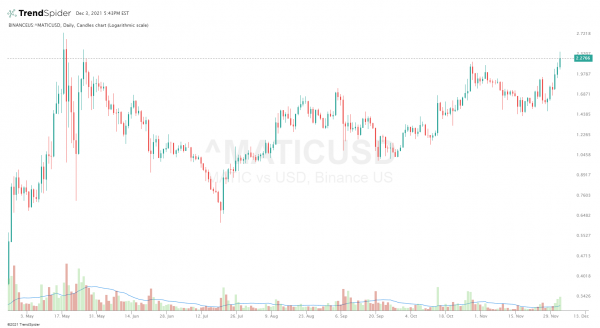 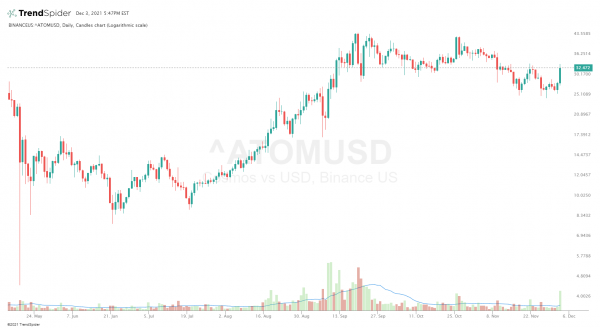 $5k Worth of Bitcoin Could Be Yours 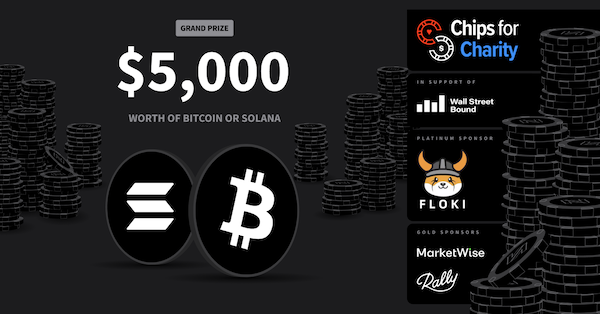 Think you have what it takes to take down Howard Lindzon in a game of Texas Hold ‘Em? Join Howard, Tyrone Ross, Josh Brown, Saira Rahman, and many more this Saturday, December 4th at Chips for Charity for your chance to walk away with $5k worth of Bitcoin or Solana! All donations support Wall Street Bound, and the efforts to diversify Wall Street.

Sign up now before seats fill up and receive a Chips for Charity hat!

Special thanks to our sponsors this year: Floki, MarketWise, Rally Rd., and Maverick Trading.

Jobs report puzzles investors. In November, private payrolls increased by 235,000 — way less than the 500,000 consensus from Briefing.com. However, the survey of households showed much greater job growth: 1.13 million new jobs. With that and the revision to past months’ payroll figures, the unemployment rate sank to 4.2% (below the 4.5% consensus.) Restaurants struggled to attract employees, as the majority of new hires came from the professional & business services and transportation & warehousing industries. Read more in Axios.

Other data supports the rebound narrative. The ISM Non-Manufacturing Index for November hit a record high of 69.1%. The consensus was 65%. In October, it was 66.7%. This implies that the services sector is continuing to grow — it also marks the 18th consecutive month of growth for the sector, even amidst shortages galore!

📈 Learn how to read stock charts like a pro with 5 daily email lessons from IBD! Sign up for free today*

💡 The Bloomberg 50: People and Ideas That Defined Global Business This Year

🤯 Better.com CEO Goes Viral After Laying Off 9% of Company Ahead of SPAC Merger