Good evening, everyone. Welcome to the Stocktwits Top 25 Newsletter for Week 1 of 2022.

Here are your Stocktwits Top 25 Lists for Week 1:

The list was dominated by financial and energy stocks. Financials totaled 12 spots while energy took 10.

Discovery Inc raged 27.7% higher and claimed the top spot on the list. You can read more about it in the Winners section. 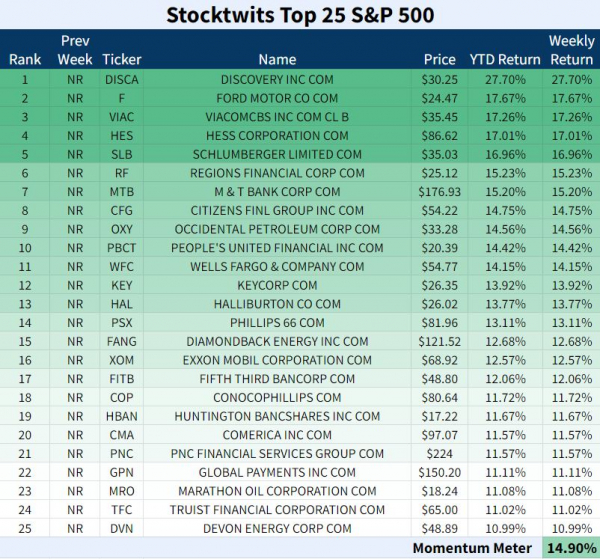 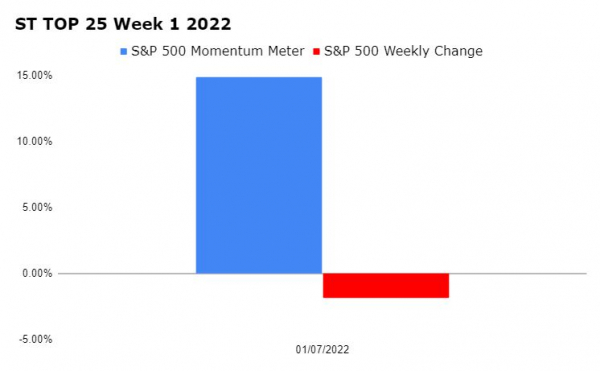 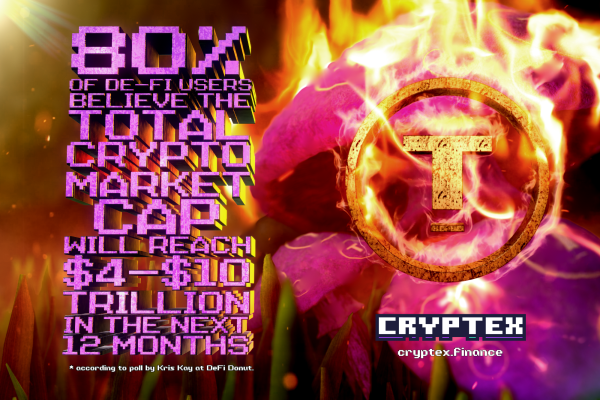 Lucid Group remained in the top spot ahead of PACCAR Inc.

Peloton and PayPal both slipped over 0.5%. You can find them on the Sinners list. 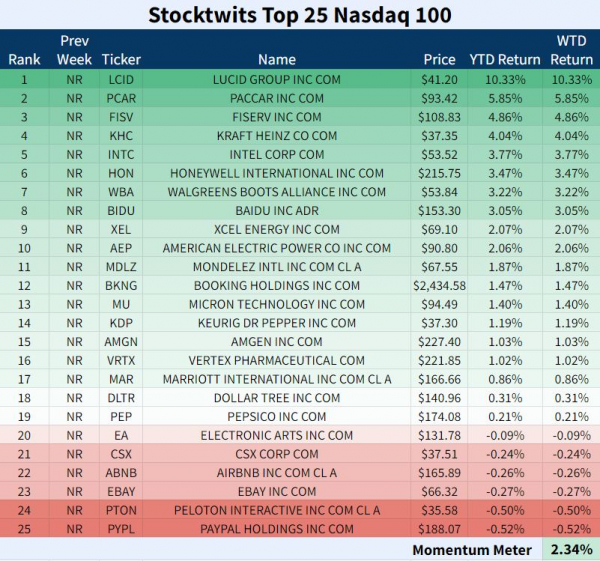 The ST Top 25 Nasdaq 100 Momentum Meter increased 2.34% while the full Nasdaq 100 flopped 4.46%. The 6.8% difference implies that the top-performing stocks outpaced the index by a significant margin.

Castlight Health ripped 31.82% and took over as Top Dawg. The health stock was the best performer on all three lists.

Eargo appreciated 24.9% after a slew of positive news. Read more about this below. 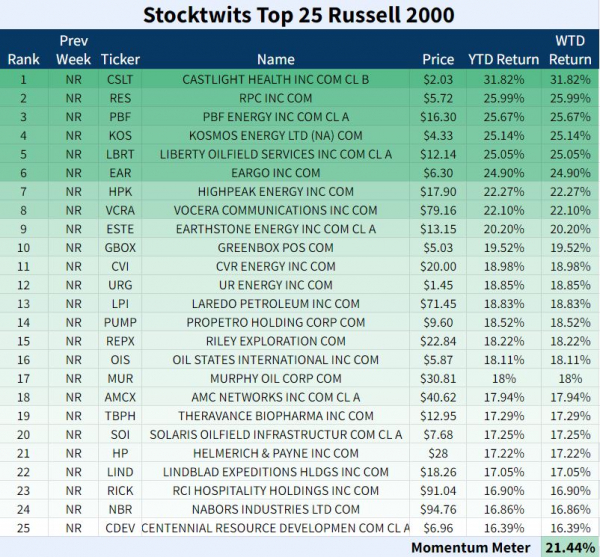 Castlight Health hopped onto the ST Top 25 R2K List as a Freshman in the first week of 2022. The healthcare company is now the top-ranked stock on the list.

$CSLT climbed 23.78% on Wednesday to five-month highs after announcing that Vera Whole Health will purchase the company for $370 million or $2.05/share.

Castlight will become a privately owned company after the purchase is completed in the first quarter of 2022. 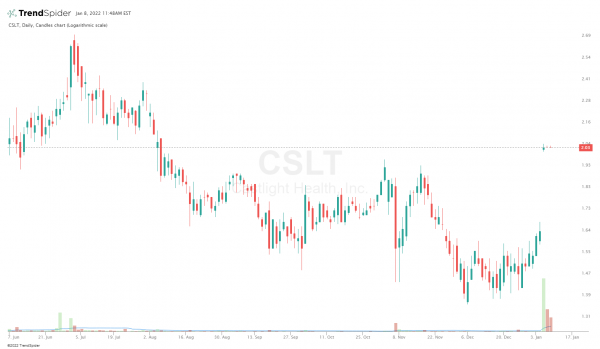 “Integrating our navigation data and technology with Vera’s high quality primary care offering addresses the fundamental need for a coordinated and personalized patient experience, while enabling providers to improve outcomes and lower costs and employers to participate in full risk sharing for the first time”.

$DISCA ascended 16.87% to five-month highs on Friday once Bank of America upgraded the stock to “buy” from “neutral”. The bank also upped its twelve-month price target to $45 from $34.

That’s a 75% increase from Jan 5’s close. 😲 Jessica Ehrlich from BofA noted that Discovery’s upcoming merger with WarnerMedia could “create a global media powerhouse driven by creative and content leadership”.

Here’s the weekly chart with lots of overhead resistance remaining. 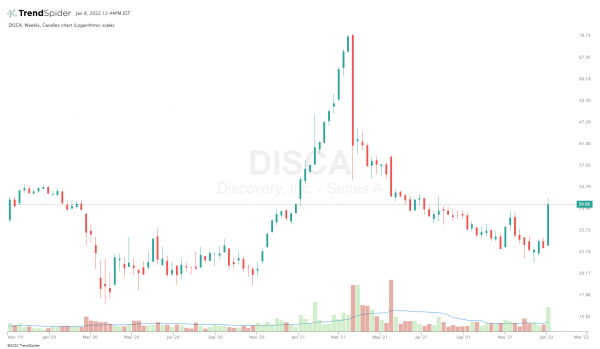 $PCAR popped 4.81% on Tuesday after unveiling some new tech at the Consumer Electronics Show. 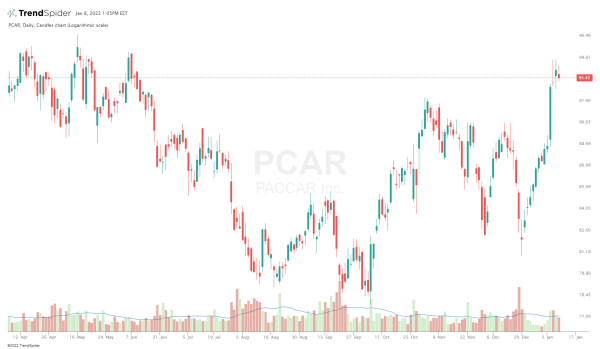 The truck manufacturer displayed its battery-electric Kenworth T680E with PACCAR battery charger, the DAF XG+, which was just named International Truck of the Year 2022, and a Peterbilt Model 579 with the Aurora self-driving system. Quite the lineup. 🚚

△ #6 R2K – Eargo expanded 24.9% this week. The hearing aid manufacturer released a new product and was dropped from a DOJ investigation.

The company released the Eargo 6 hearing aid on Tuesday, which has innovative Sound Adjust technology. The hearing aid detects the user’s surroundings and automatically adjusts the device’s settings to provide the best effect without needing manual input from the user.

On Thursday, $EAR soared 59.65% after the Department of Justice stated that its criminal investigation into the company was no longer continuing. Rather, the matter has been moved to the DOJ’s Civil Division, and Eargo has agreed to continue cooperating with the inquiry. 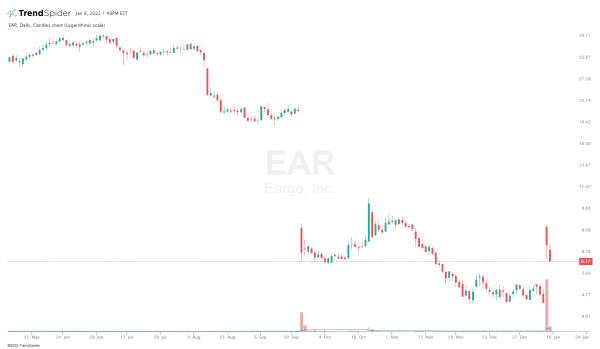 $PTON deflated 76.5% in 2021 and is already red in 2022. The fitness equipment company has closed negative in ten of the last 11 weeks and now sits at twenty-month lows. 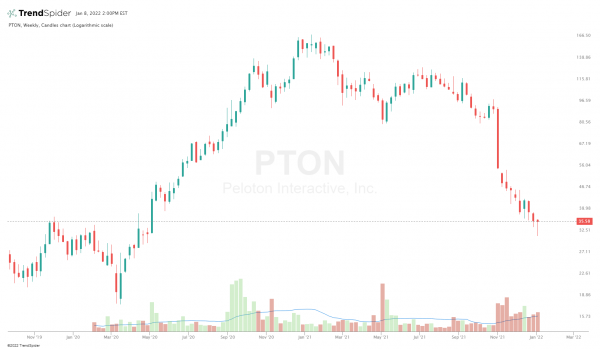 On a more positive note, PayPal is considering launching its own stablecoin, the latest in its cryptocurrency effort.

Jose Fernandez da Ponte, senior vice president of crypto commented: “We are exploring a stablecoin; if and when we seek to move forward, we will, of course, work closely with relevant regulators”.

$PYPL was rejected at AVWAP (blue line) from its earnings report on Nov 9 which shows sellers remain in control. 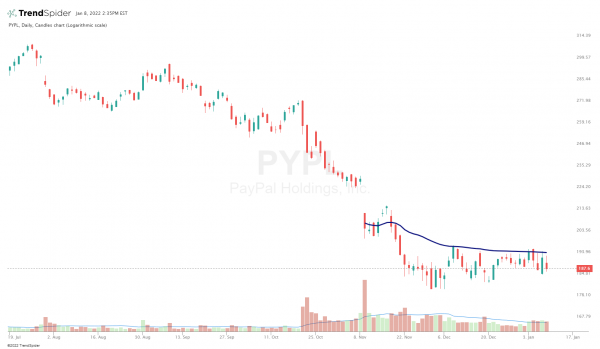 $PYPL is down just 0.52% YTD… We’ll see how it performs leading into its next earnings report on Feb 7.

The Nasdaq 100 logged its fourth straight week of gains as stocks move “full-steam ahead” into next week’s Fed decision. Let’s see what you missed today. 👀

Growth With An Asterisk

The stock market keeps on trucking ahead despite everything the world throws at it. Let’s see what you missed today. 👀

Don’t Call It A Comeback

Despite lackluster earnings, stock market bulls managed to reverse the day’s initial losses. Let’s see what else you missed today. 👀

The table below is the current (January 27, 2022) staking yield rates of the top ten Proof-Of-Stake cryptocurrencies by market cap.

Staked % is what percent of the total supply of that cryptocurrency is currently used to earn staking rewards – sometimes called ‘Lock-Up.’

On-chain analysis involves several metrics that can be daunting for someone new to cryptocurrencies. So don’t get freaked out about the word. 🤔

Analysts often interpret inflows as bearish because crypto going to an exchange is usually sold.