The Weekend Rip: We’ve Run Out of Quirky Titles About How Bad The Last Week Has Been So This One Will Have To Do

It’s Sunday. However, it’s far from happy… it has been a very sad week, and it is a sad time. However, removed from the direct human impact of Russia’s invasion of Ukraine, there is much plenty of indirect human impacts taking place in the markets (and beyond.)

Equity indexes were 2-for-4 this week. The Nasdaq Composite and Dow Jones trended to the downside, while the S&P 500 traded a touch above even, and the Russell 2000 found a +0.64% gain this week.

In the world of bonds, the yield on the U.S. 10-year Treasury rose 4.09bps (0.0409%) to 1.969%. It’s now up more than 45.5bps since the start of the year, which is pretty incredible. The market is starting to price in the forthcoming rate hikes, but also taking the opportunity to risk off into fixed income amid the current drama.

On the blockchain, Bitcoin was down -2% week-over-week. Ethereum was a touch above the green. Most other large-cap cryptos moved into the red, barring Terra, which was up more than 50% in the week.

And how could we forget to mention oil and gas, the Russian Ruble (more below), and the Moscow Exchange? All of these assets did some pretty wonky stuff this week, which we summarized in-part in a recent edition of the Daily Rip.

Reflections aside, here’s what went down this week:

🇺🇳 UN Security Council votes to convene emergency session. For only the 11th time in its history, the UN Security Council is expected to convene an emergency session of the General Assembly after Russia’s invasion of Ukraine. 87 countries already moved to condemn Russia’s invasion, but this meeting will look to mitigate the crisis from getting even worse… for reasons we’ll detail below. You can read more about the meeting in Axios.

🇪🇺 The EU steps in to support Ukraine. The European Union announced it would provide weapons for Ukraine’s armed forces today, helping to finance the purchase and delivery of equipment. They also indicated that they would strengthen sanctions against the Kremlin. In short, the West is forming a united front against Russia. Watch the President of the EU Commission’s statement.

🇷🇺 The Ruble might crumble. The opening of ForEx markets tomorrow will likely be unkind to the Russian Ruble. The currency, which closed at ₽83 per $USD before the European/US announcement, has rose in light of Russia’s incursion into Ukraine. One Russian bank, Tinkoff, is now offering ruble exchanges at ₽171/dollar. That would be very bad for Russia, Russian citizens, and Russian wealth. We’ll get to see how the Russian markets (and its currency) handle the latest invasion news tomorrow.

📊 U.S. companies want no piece in Russia. While most would love peace, U.S. companies have made known that they no longer want a piece of Russia. BP has reportedly decided to sell its stake in a Russian oil producer, Delta announced it would no longer codeshare with a Russian state airline, and States are boycotting Russian Vodka (even though most of it isn’t made in Russia anymore, but go off I guess…) And meanwhile, EU countries are sticking it to Russia over… soccer.

🏦 Wall Street braces. Before there were geopolitical woes clogging up the newswires, there were macroeconomic articles galore. They swore by a forthcoming financial apocalypse — and maybe it just hasn’t come to fruition yet, but the markets have remained afloat despite all this war drama. However, some Wall Street investors are weary that there’s a dip to buy in this crisis… and with fear still rising, some of Wall Street is bracing for more red days ahead. Read more in Reuters.

🤔 Why we’re covering Ukraine and geopolitical drama. We write news from a market perspective for a highly-online investing community — and that’s part of why we’ve fixated on some of the geopolitical insanity of the last few weeks. Some of you have emailed us, some angrily, to ask why we haven’t “moved on” from this issue and gone back to talking about stocks. Despite the fact that most of our coverage (even in spite of the conflict) still is based around investing, we feel it necessary to update you on the stateside impact of this conflict; the repercussions on investors and working people. That’s why we’re doing this, and will continue to do it where appropriate, until the war is over. 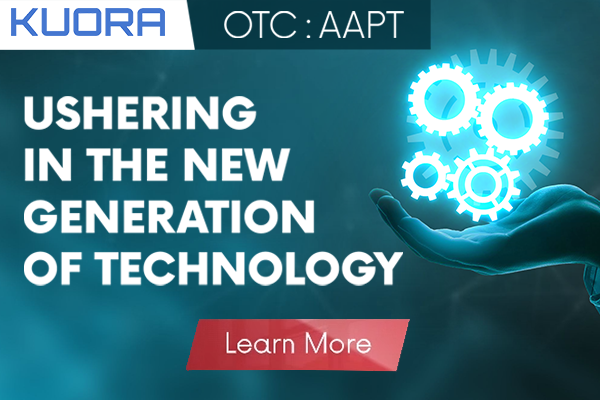 AAPT (OTC: AAPT) is a Nevada holding corporation currently pursuing opportunities to become a player in the fourth industrial revolution. Its most recent acquisition, Asia-based Kuora, has positioned AAPT to grow exponentially in the tech market.

Here’s what to expect from earnings this week: 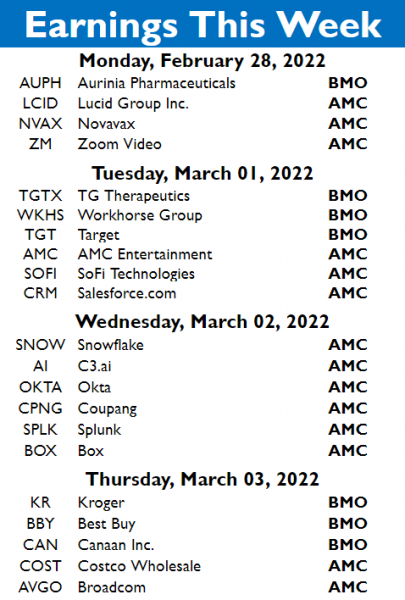 Check out all the earnings coming up this week on the Stocktwits earnings calendar.

🗺️ The Italy-Switzerland Border is Melting

🥤 Taking the Caffeine Out of Red Bull (For Fun and Science)