Happy Monday, everyone! Hopefully you all had a better start to your week than Chris Rock and Will Smith, lol. 😬 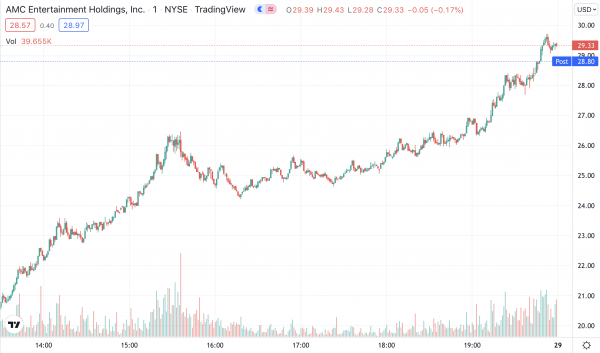 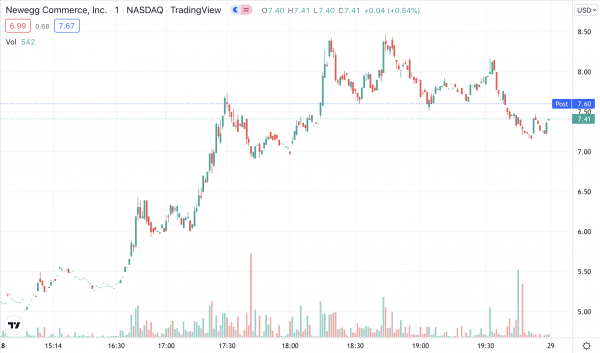 8/11 sectors closed green! Financials, materials, and energy were the only losers. Energy was the top loser, -2.56%. Consumer discretionary was the top gainer, +2.67%.

Weeks ago, crypto investors were fearful at the prospect of a “Crypto Winter,” aka a prolonged period of bearishness and decline in the space. ❄️ However, in recent days, major cryptos have climbed higher on newfound optimism.

Cryptocurrencies have played a meaningful role in the Ukrainian-Russian conflict, as well as the economic fallout arising from that conflict. Russia has considered taking payment in crypto as sanctions have stacked up. Meanwhile, citizens in both Ukraine and Russia have used crypto onramps to flee economic turbulence.

The newfound energy in crypto looks like a weeks-long consolidation in both crypto prices and communities. The reason for this growth is simple: people like cryptocurrency.

All this “likeability” has sent cryptos like Bitcoin (+15.3%) and Ethereum (+15.9%) rising by double-digits on the week. Solana (+23%) and Cardano (+32%), which had been in dramatic decline during the latest round of market turbulence, outperformed even crypto royalty. 💪

Another indicator of crypto’s performance is the Crypto Total Market Cap, which sat at $2.109 trillion today (up +2% on the day.) We’ve zoomed out for dramatic effect: 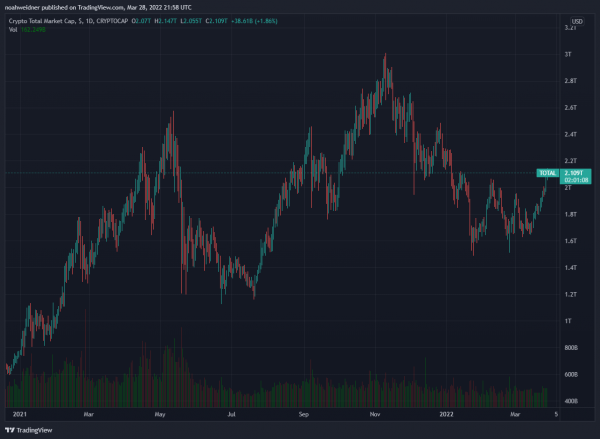 Generally speaking, crypto has been hot for the last few weeks, and so have the crypto streams on our site! Today, $ETH.X and $LUNA.X were trending on Stocktwits at market close. If you’re looking for more news related specifically to crypto, check out our crypto newsletter, The Litepaper.

Tesla may be the latest company to conduct a stock split — the EV company will ask its shareholders for permission to conduct the split at Tesla’s annual shareholder meeting held in the fall. 🙌

Tesla gained 8% on the news. The EV maker’s stock split announcement comes after both Alphabet (Google’s parent company) and Amazon announced their 20-1 stock splits earlier this year. Tesla’s last 5-1 stock split occurred in 2020; Tesla has not yet provided details on the date or ratio of the upcoming split (if approved.)

Stock splits intend to increase a company’s liquidity. Stock splits don’t actually change the value of a company, but they do increase the number of shares available for trading and the dollar amount of each share… that being said, investors typically get excited after stock splits, causing a rally in share prices. 💰 💰 Right now, Tesla is permitted to issue 2 billion shares and the company has 1.03 billion shares outstanding (since Jan. 31.)

In summary, it was an eventful day for Tesla. Unrelated to the stock split, Elon has Covid again and manufacturing for the EV maker is significantly hindered in China due to Covid lockdowns. $TSLA is still up 0.08% after hours.

🧾 Joe Biden proposes 2023 federal budget. The Biden Administration has released a proposal for the 2023 federal budget, which would raise defense and police spending. It also would create a new tax on Americans worth more than $100 million. Though the President’s budget is mostly an “appeal to Congress” (the people who actually pass and effect change in the budget), it represents what an administration will likely pursue during the year. Read more in CNBC.

🌟 Bullion groups launch gold database to thwart fraud. The gold industry is tired of fraudulent metal. They’re launching a new database which will track individual gold bars in an attempt to reduce the amount of counterfeit and fraud in the gold market. Read more in Reuters.

📈 Young women earn more than men in 22 U.S. cities. The “gender pay gap” is one of the most divisive political issues of the last decade. That’s because it’s true: women do make less than men, according to hundreds of studies, but nobody can seem to agree on why. Alas, a new study shows that ladies are pulling down bags compared to men in 22 cities across the country. Among them are New York and San Diego. Axios concludes the edge in pay won’t last, but maybe we’re starting to see early evidence that young women are winning by staying in school and pursuing advanced degrees. Read more in Axios.

🎞️ How Movie Props Are Made To Be Eaten

The housing market is already in rough shape, and the Fed reiterated its determination to bring prices down further. Given this is such an essential part of the economy, let’s look at earnings from homebuilders KB Home and Lennar. 👀

First, let’s start with KB Home. Its earnings per share beat estimates of $2.67, coming in at $2.86. Meanwhile, its revenues of $1.84 billion were slightly below expectations.

Based on the title, you’d think we’re talking about the money supply or some other economic term.