The Weekend Rip: Capping Off The Week

Good afternoon and welcome back to Stocktwits’s Sunday tradition… The Weekend Rip!

Crypto has been HOT. Just today, crypto’s global market cap is up +4.3%. In notable gains, Ethereum is up +15% in the last week. Cardano added +33% after being added to Coinbase’s earn product, Solana and Polkadot were among the top 10 cryptos which posted +20% gains.

Commodities have continued to demonstrate strength in the broader market, with natural gas and heating oil notching double-digit gains this week. Other energy commodities also had a hot week, with only two of them (TTF and UK Gas) posting losses on the week.

Here’s the (up/down)side from the week:

💰 Biden to propose minimum tax on billionaires in new budget. President Biden will reportedly propose a new “billionaire minimum income tax”, affecting the top 0.01% of American households. Americans worth over $100 million would pay a 20% tax on top of standard income and unrealized income from stock holdings. It’s controversial for the latter proposal. Read more of the details in The Hill.

📉 Ethereum dominance hits all-time low. A metric by which some crypto maxis swear has something to say about the crypto market: it’s fragmenting. Ethereum, once the only game in town, has seen its Total Value Locked (TVL) displaced by dozens of emergent chains. Read about Ethereum’s dominance problem on Stocktwits News.

🧸 Hasbro rebuffs offer from activist investor. Toy company Hasbro reportedly has turned down a settlement offer from an activist investor aiming to nominate a number of candidates to the company’s board. The activist, Alta Fox, owns 2.5% of the company. Hasbro has rebuffed the offer, citing that they can “replenish its board with directors of a higher caliber and more relevant experience than [the hedge fund’s nominees.]” Read more in Reuters.

🇺🇸 U.S. Rep resigns after being convicted of illegal campaign financing. Jeff Fortenberry (R-Neb.) resigned on Saturday after being found guilty of two felonies: one for making false statements and another for concealing information. Fortenberry lied during a federal probe into illegal campaign donations. He will formally abdicate the office on Mar. 31 and will be sentenced on Jun. 28. Fortenberry says he will repeal. Read more in Axios. 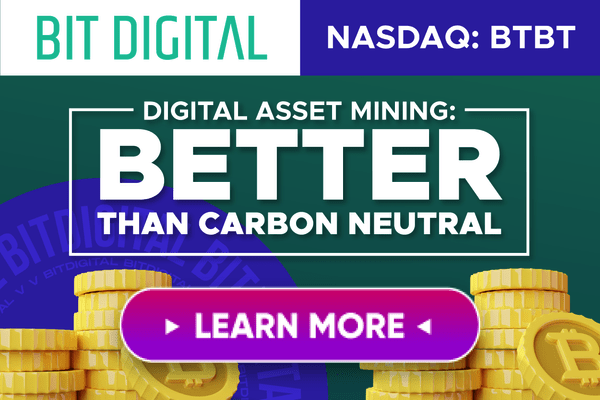 While much of the industry is content to promote themselves as carbon neutral, Bit Digital is taking environmentally friendly Bitcoin mining one step further with 67% of their operation now totally carbon free. By combining green energy and Bitcoin mining, Bit Digital is cleaning up Bitcoin.

The Short of It

Q1 2022 earnings are now on the horizon. We’re starting to get a taste of the latest quarter’s results, namely from companies which have different FY start dates and run on different schedules. Here’s a few names to keep an eye on this week: 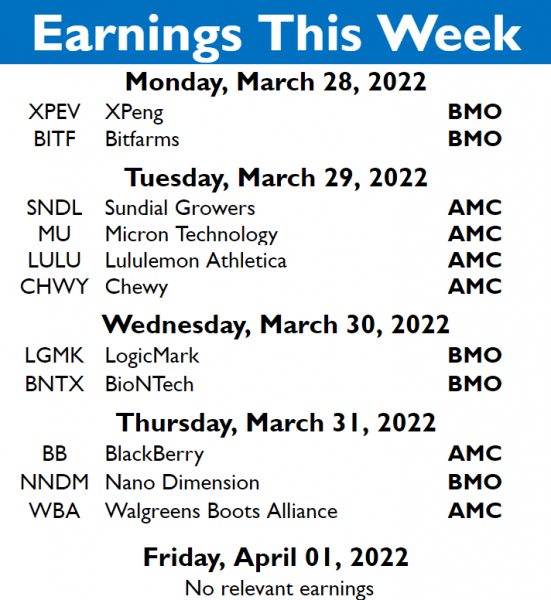 As always, you can see the full list of earnings on the Stocktwits earnings calendar.

🏆 Vanguard Stumbles In Pivot From Cult of Jack Bogle

🏙️ This Guy Was Arrested For Climbing The Shard Skyscraper