It was a mixed Wednesday on Wall Street — here’s what you missed. 📰

Stocks were volatile at the open but pushed higher late in the day. After a three-decline, Treasury yields attempted to stabilize, and commodities extended their losses.

The FOMC Minutes showed members are united in the fight against inflation. We discuss that and more economic data below. 📝 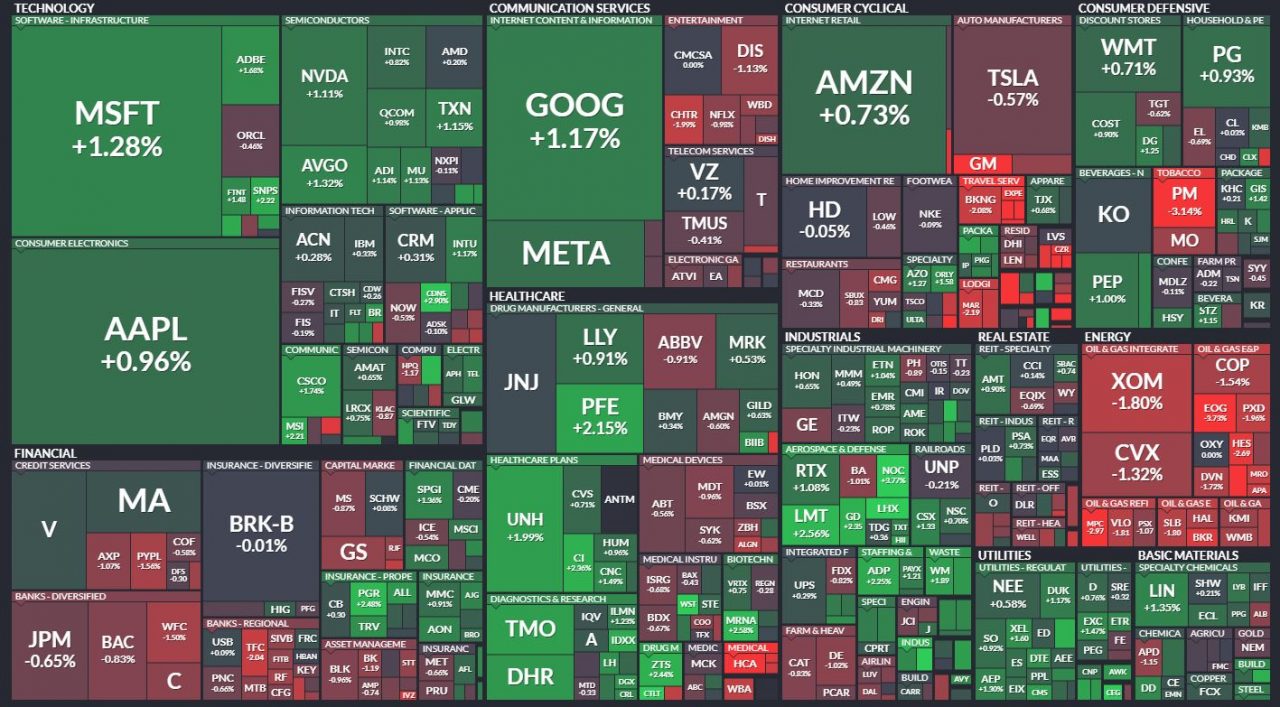 In international news, HSBC is in talks to sell its Russian lending business to Expobank as the race to cut ties with Russia continues. The U.S. is pushing the Netherlands to ban ASML from selling older semiconductor manufacturing equipment to China. Lastly, Britain’s antitrust watchdog is taking a closer look at Microsoft and Activision Blizzard’s $68.7 billion deal. 🌏

Data breaches remain a daily occurrence, but this one is massive. A hacker claims to have stolen a billion records of Chinese citizens from police. That makes Marriott’s 20 gigabytes of sensitive data breach look like child’s play. 💾

VW and Goldman-backed battery maker Northvolt announced a $1.1 billion capital raise, and Chinese automaker BYD is in the headlines after passing Tesla in sales of electric vehicles. ⚡

Doordash shares fell 7.40% today after Amazon announced it would include Grubhub’s food delivery perks in its Prime membership program. The agreement also allows Amazon to acquire a 2% stake in Grubhub as its parent company continues to explore a potential sale. 🥡

Veru Inc. rallied 13.02% in the regular session and another 18.74% after hours following the publication of phase 3 clinical trial results. 📈

Gamestop jumped 8% after announcing a 4-for-1 stock split, as the meme stock continues to financially engineer its way to survival. 🕹️

Crypto firms’ troubles continue this time with Crypto lender Voyager Digital officially filing for bankruptcy. Additionally, eToro is laying off 100 employees and announced the termination of its SPAC. And in minor news, Meta is shuttering its Novi crypto wallet this September. ₿

This week’s eyes are on employment data, as the labor market remains one of the few areas of the economy yet to show any major cracks.

Meanwhile, June’s FOMC Minutes showed that most Federal Reserve members agree on the fight against inflation. 🧯

As long as the labor market remains strong and inflation remains elevated, they will keep tightening financial conditions. 💪

So far, the labor market data has been solid. Still, the market will be analyzing this week’s ADP employment change, initial/continuing jobless claims, and non-farm payrolls/unemployment rate data for further insights into the Fed’s next move. 👀

A Bunch Of LUNAtics

Terra Luna’s collapse left a lot of longs with losses and a bad taste in their mouth. 🤢

But what if I told you one firm actually lost its client’s money shorting during the collapse? 🤔

Reports are that UPRISE, a Korean crypto startup, lost $20 million (aka all of its clients’ money) in a short bet gone wrong in May.

As a reminder of what prices did in May, here’s a chart courtesy of coinmarketcap.com. 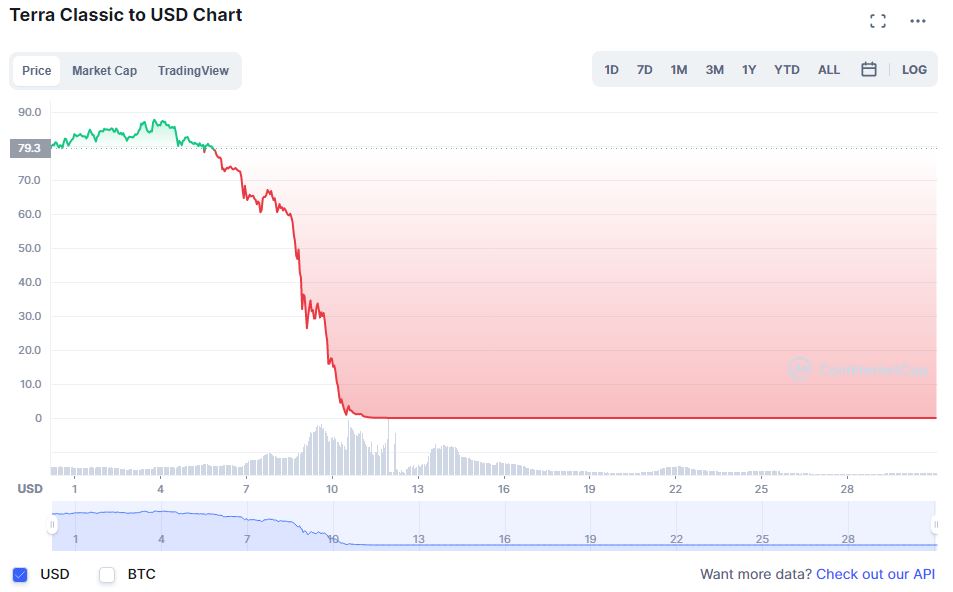 It’s unclear how exactly the firm lost money shorting something that plummeted nearly 100%, but reports are that it was liquidated after shorting Terra Luna futures during the decline.

There’s not much more to say other than “wow,” so we’ll just let this serve as one of your daily reminders that anything is possible in markets. 🤷

🛍️ Walmart adds grocery delivery to Walmart+. The company’s InHome grocery delivery service is now available as an add-on to its Walamart+ membership, streamlining the experience for its customers. The optional add-on costs $7/month or $40/year and comes as the company launches InHome in several new markets like Miami, Tampa, Orlando, Dallas, Austin, San Jose, and San Francisco. Read more from TechCrunch.

📈 Bridgewater’s Flagship Fund notches 32% return. Macro funds are finally delivering some returns amid market volatility, with Bridgewater’s Pure Alpha Fund II posting a 32% return through the first half of 2022. The rebound comes after two years of lackluster performance, institutional clients redeeming their funds, and a leadership team shakeup. Yahoo Finance has more.

💊 U.S. Senate Democrats target lower drug prices. The proposed bill would allow the government’s Medicare health plan to negotiate lower prescription drug prices. However, negotiations have held up the plan on taxes, climate change, and other elements of a broader domestic policy bill. So while negotiating those further details, they will submit the Medicare portion to test if it complies with complex budget rules that the Democrats plan to use to pass the bill. More from Reuters.

👚 Gap is heading to India. India’s largest retailer, Reliance, is partnering with Gap Inc. to sell the retailer’s brands locally as it continues its expansion into the red-hot consumer market. Financial terms are unclear, but the deal represents another opportunity for Gap to expand overseas as demand wanes among U.S. consumers. Reuters has more.

⏸️ FDA’s Juul ban put on hold. The U.S. Food and Drug Administration is taking another look at Juul Labs’ marketing application after the company won a temporary reprieve from a U.S. federal appeals court that stayed the FDA’s ban a couple of weeks ago. Despite the move, the agency says, “The stay and the agency’s review does (sic) not constitute authorization to market, sell, or ship JUUL products.” The saga continues… More from Reuters.

📱 Kuo: entry-level and mid-range iPhones will no longer have the latest Apple chips

💰 What does it take to be wealthy in America?

Roblox is learning that investors don’t play games regarding earnings. 🎮

$RBLX shares are down close to 17% after its earnings and revenue numbers were below expectations. The company also reported 52.2 million average daily active users, nearly one million under expectations. Additionally, average bookings per daily user were down 21% YoY to $12.25. 📉