Retailers faced a tough decision during the pandemic:

Most opted for the former and are now dealing with the repercussions…at least according to Target. 🎯

Just weeks after the company missed earnings amid a steep decline in operating margins, it’s now lowering its outlook even further after outlining an aggressive plan to clear unwanted inventory. 🔻

The company acknowledged it would take a short-term profit hit but noted it is acting quickly to get out in front of the issue, optimize inventory in the second quarter, and set its stores up for success in the second half of the year.

Given the commentary we’ve heard from a range of retailers like Walmart and Gap, this may be the start, not the end of further guidance adjustments in the industry. 🏬

The stock gapped down about 10% at the open but rallied back throughout the day to close -2.31%. 📈

Given the ability of Target and the overall sector to rally back after bad news, could it be possible that enough bad news is baked into the stocks already? 🤔

I guess we’ll have to wait and see. 👀 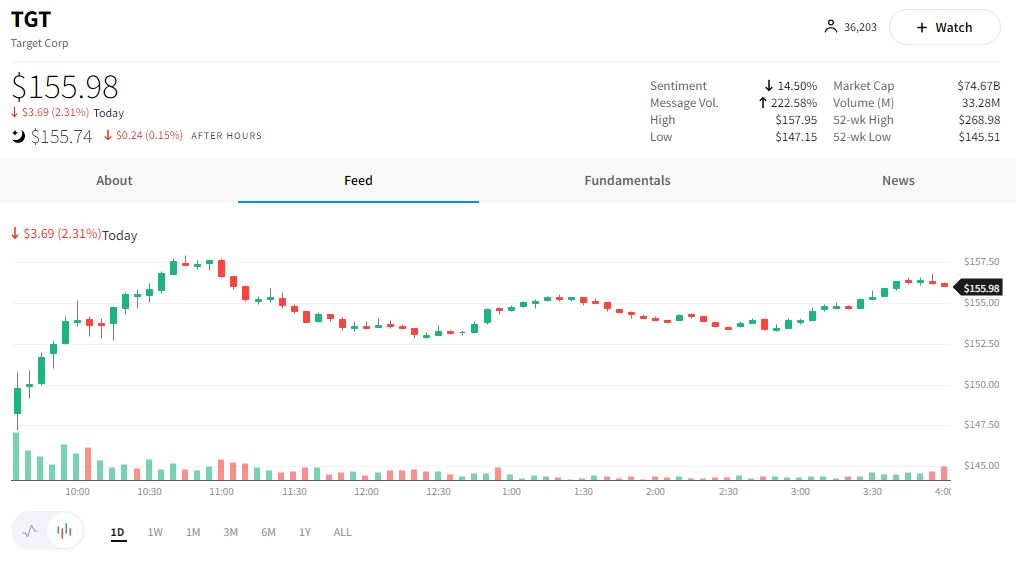 Last week Uber was able to deliver a satisfying result for its shareholders. Unfortunately, its competitor Lyft did not fare as well today, reversing back towards its all-time lows. ◀️

The ride-share company missed on almost every major metric except for revenue per active rider, which was $51.88 vs. the $49.94 expected.

Yesterday we discussed investors’ fear that expectations may still be too high ahead of the holiday shopping season. Layoffs at Amazon and FedEx sparked speculation that retailers could be due for a rude awakening.

American Airlines reports results on October 20th. However, today it preannounced that its third-quarter sales are likely better than previously expected.

The company said revenue for the quarter that ended September 30 will be up 13% from Q3 2019, above its July forecast of a 10%-12% increase. The strong summer travel demand helped it cover rising costs. 💪

The Metaverse Finally Has Legs

At Meta Connect, Mark Zuckerberg announced that the Metaverse finally has legs. 🦵🦵

Well, not legs like the idiom’s meaning of “likely to continue or succeed.” That might be true; however, we mean actual LEGS.