Nomura downgraded the entire IT pack on slowdown fears. Read more below. 👎

Paint stocks got dumped. Asian Paints and Berger Paints tumbled over 8% each. Know why below. 🤕

Sugar stocks slipped for the second day in a row. Balrampur Chini tanked 9%. Dhampur Sugar was locked in a 5% lower circuit. 😶

The sell-off in IT stocks may be far from over after Nomura downgraded the entire sector! 🤯

What’s the deal bro? Inflation, like the latest Dr. Strange movie, is breaking records globally. To control this, central banks have been forced to increase interest rates. Higher interest rates raise borrowing costs, disincentivize hiring, and generally slow down the economy. Since companies expect profits to dry up (at least, temporarily), their willingness to spend goes down. Make sense? 🙈

To be clear, Nomura does not expect IT spends to turn negative. They just don’t believe companies would continue to spend at the same (or higher) pace as they were in the past two years. The slowdown in startup funding and widespread lay-offs are also key concerns. On the flip side, this may lower attrition, which is a positive. 🚨

Having said that, Nomura continues to prefer large-cap IT names. They remain positive on Infosys and Tech Mahindra but have lowered their target price by ~20%. Yikes! 👀

Paint stocks were covered in red after Grasim said that it will +2x its investment for the paints business. Here’s a quick recap: Grasim, an Aditya Birla Group company, announced its entry into the paints business last year. The company initially planned to invest Rs 5,000 cr to set up new factories and ramp up distribution as it targets to become the #2 player. Grasim’s aggressive expansion plans may increase competition, which is a big negative. 🚫

Asian Paints and Berger Paints tumbled over 8%. Indigo Paints slipped 3%. Check out their charts below: 📉 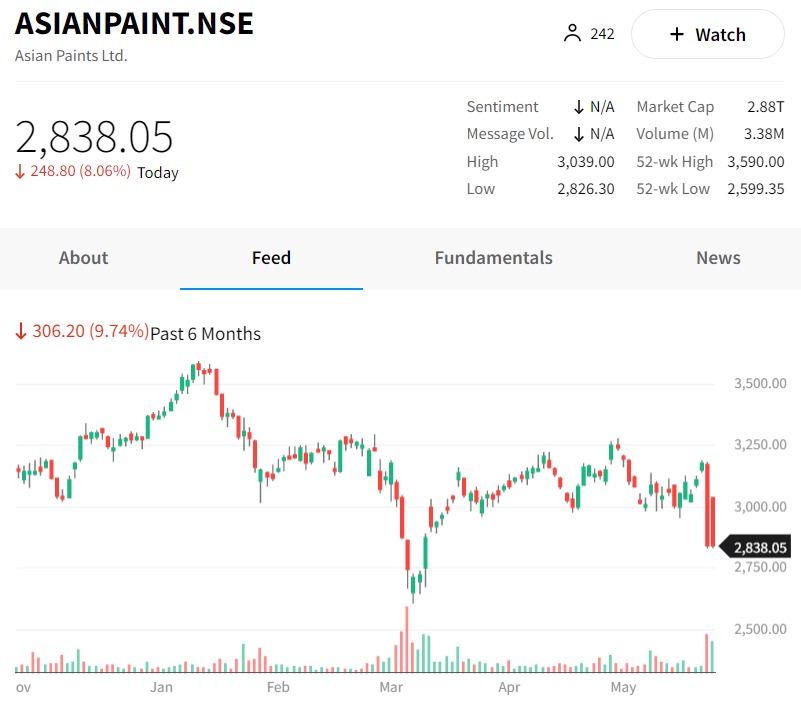 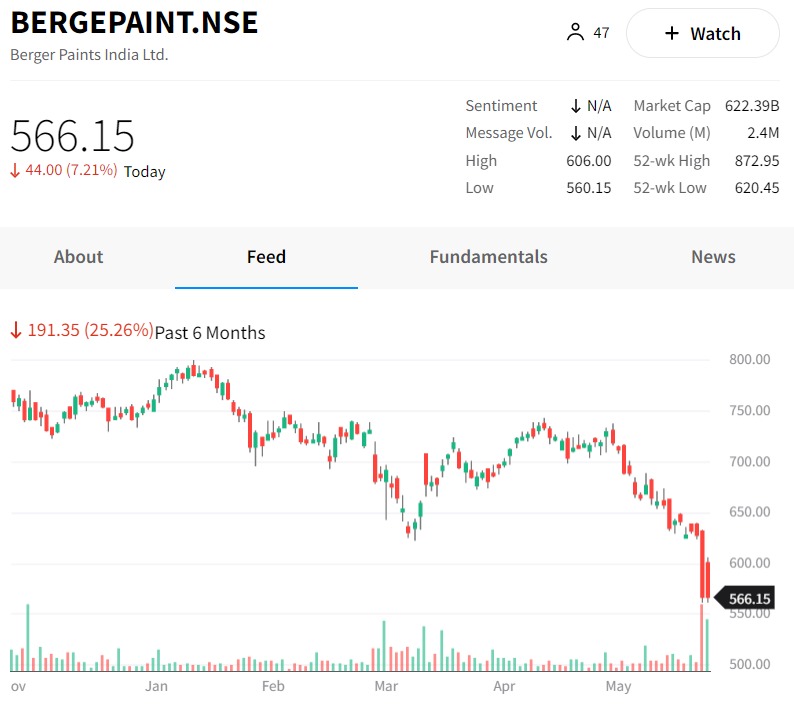 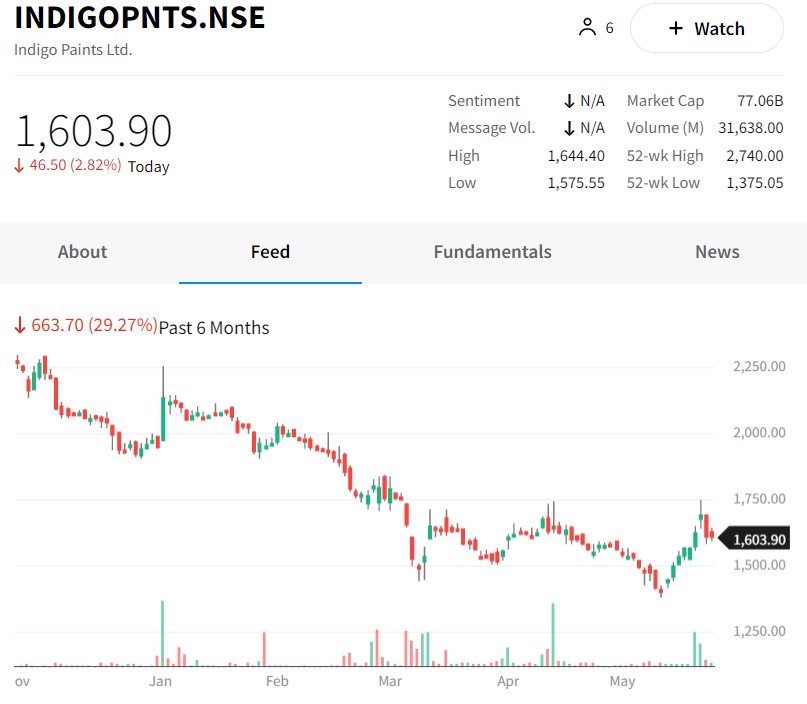 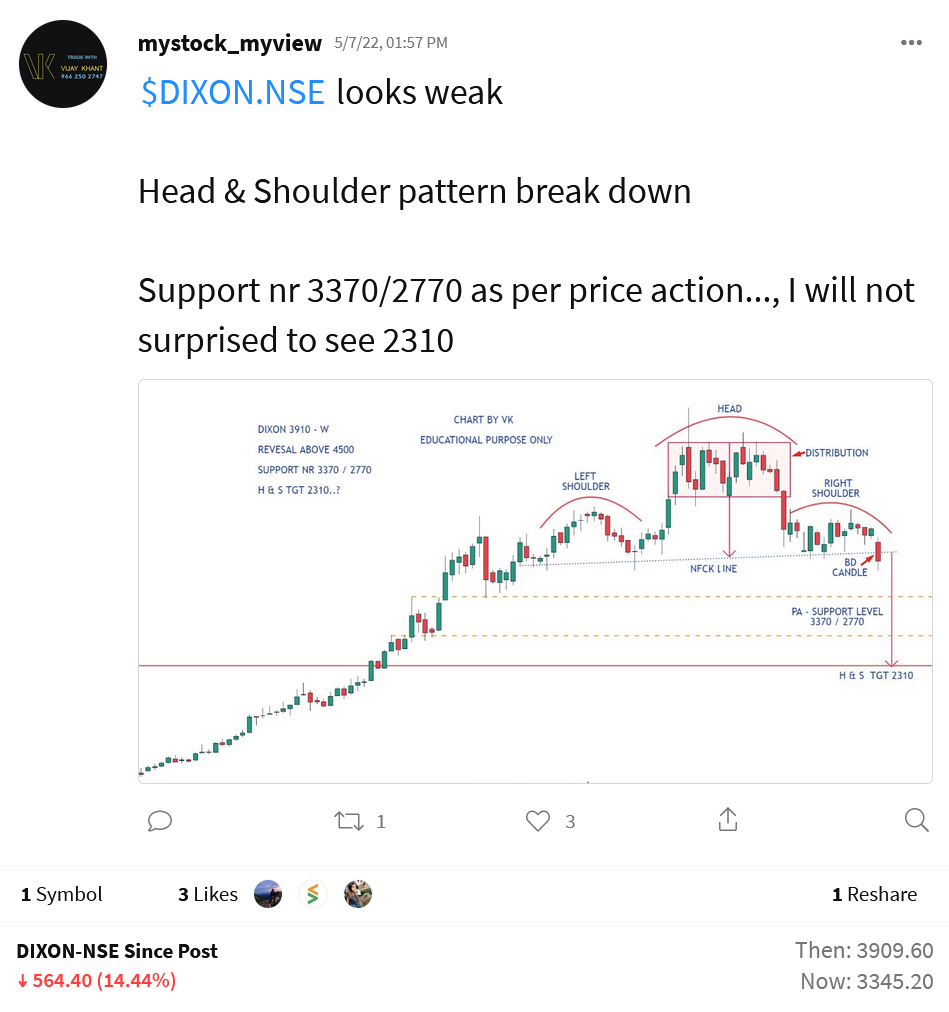 Dixon Technologies is on track to close down for the third time in four weeks! Thank you Vijay Khant aka mystock_myview for the awesome call. Follow him for more amazing trade ideas and add $DIXON.NSE to your watchlist to track its performance. Here’s the link: https://bit.ly/3yWerxa.

We’re in the thick of the earnings season. Here’s all the companies that will announce their Q4 results tomorrow: 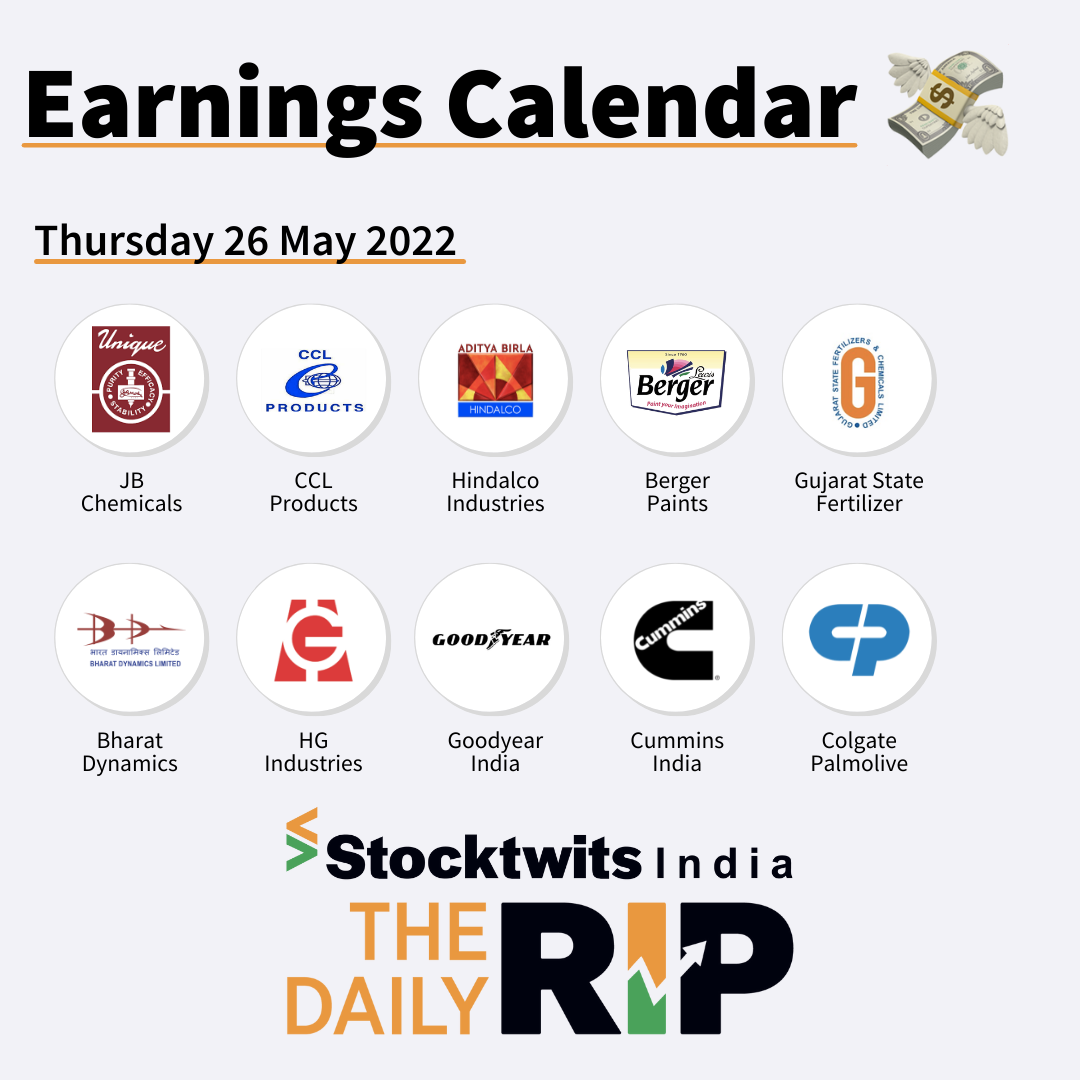 😂 Bbc Apologises After ‘Manchester United Are Rubbish’ Appears On Ticker. Fans Say No Need To

Nifty and Sensex closed up 1% on strong global cues. Midcaps (+1.4%) and Smallcaps (+1.7%) continued their outperformance. The market breadth was extremely positive, with nearly five stocks gaining for every one loser. 🤑

The Fast and The Furious: Dalal Street

Hello, everyone. Markets were back in the red. 🤦‍♂️

Nifty and Sensex dropped over a percent each as investors booked profits after yesterday’s massive upmove. Midcaps (-1.5%) and Smallcaps (-1.2%) also dragged lower. Over two stocks dropped for every one gainer. 🙊

Good evening, guys. Markets had the best day in over a month. 😇

Nifty and Sensex jumped ~2% each on strong global cues. Midcaps and Smallcaps saw healthy gains, +3.5% each. 💪🏻

Where Do We Go From Here?

Happy Monday everyone, and welcome back to The Daily Rip! 🤗

Nifty and Sensex snapped their six-day losing streak. On the other hand, Midcaps (-2.3%) and Smallcaps (-3.2%) continued to underperform. 👎