A Busy Day for IPOs

Three of the four indexes traded down just a tad. The Nasdaq was the sole winner, +0.13%. 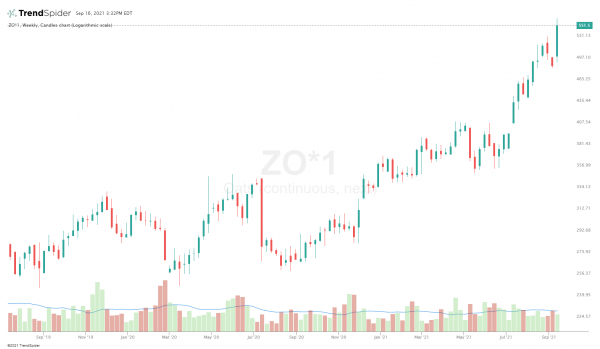 $IRNT increased 38% today on the back of a strong Q2 earnings report. The stock is now up over 100% this week.

Avis Budget Group gained 10% and closed at all-time highs after BoFA upgraded the stock from neutral to buy. $DASH dashed 5.75% on an upgrade as well. 🚗 💨

Bitcoin and Ethereum each pulled back 1%, but look to be digesting gains. 🤔

Cybersecurity player ForgeRock exploded in its debut trade, closing 46% above its offering price. 🤑

$FORG offers a cloud-based solution for digital identity management. This means that the company helps other large companies keep their data safe and secure. According to ForgeRock’s S-1 filing, the company has over $155 million in annual recurring revenue (ARR) with a 30% YoY growth rate. More than “1,300 organizations around the world” rely on ForgeRock’s Identity Platform.

Cestrian Capital, one of Stocktwits’ leading Premium Rooms creators, gave its two cents in a newsletter before the ForgeRock IPO. Alex King of Cestrian indicated that ForgeRock’s IPO would make some noise since the company “is a competitor to $PING and $OKTA, and is rated as a leader in their market by [leading] consultants.”

The company’s IPO was priced above the range earlier in the day, but it was well above ForgeRock’s increased price point by the opening. The stock trades at $37.50 in after-hours, which values the company just short of $3 billion. 💰 💰

ForgeRock’s listing was joined by two other IPOs today. More on that below.

Two weeks left to invest in Piestro – the robotic pizzeria of the future. 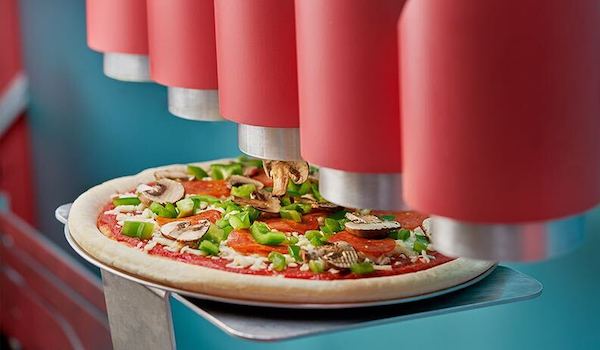 With pizza making robots of course! Situated inside a small kiosk Piestro’s robot chefs can bake custom pies day and night, in just under 3 minutes.

And pizza experts around the world are taking note: Piestro’s robots have received $580M in pre-orders via commercial contracts and the company has a $12M valuation.

Claim your slice of Piestro before the opportunity closes on 9/30.

As it turns out, ForgeRock’s market debut wasn’t the only beefy IPO today. 💪 💪 The market rolled out the red carpet for two other IPOs.

On Holding popped 48% from its IPO price. The stock was priced above its expected range, at $24. By the end of the day, it was worth $37.49. That translates to a valuation of just over $7 billion. The Swiss athletic company makes running and trail running shoes. It was battered by the pandemic, but caught some big tailwinds coming out of the pandemic. 👟 🏃‍♀️

One of these tailwinds was a huge endorsement. Tennis star Roger Federer released a personalized collection of shoes with the company in June. The other tailwind was the reopening of the economy, which pushed On back into profitability after a down year. The company made $4.79 billion in the twelve months ending June 30, 2021. You can read $ONON‘s F-1 here.

On and ForgeRock were followed by Dutch Bros, but the drink shop’s double-digit gains shouldn’t be understated. The Oregon-based coffee chain popped in its first day of trading, marking the success of Oregon’s biggest IPO ever.  The company initially priced shares at $20, the high end of the scale. At the end of the day, $BROS traded at $48.65, up 30%. 😋

Like On, $BROS suffered a pandemic slump. The company made $404.5 million in revenue in the twelve months ending June 30. The company now has over 470 stores across the Western U.S. At the close of trading today, the company was valued at $5.6 billion.

Wash sales, already the enemy of stock and bond traders, prevent investors from selling an asset at a loss to book a “tax break.” Crypto, FX, and commodities traders have taken advantage of the absence of these rules to sell assets at a loss, which counts against capital gains on their taxes (consequently, lowering their tax bill). Afterwards, they buy the assets back.

For example: say you made $10,000 on a stock trade. Your gains would be $10,000. If you bought a crypto and sold it for a loss of $5,000, you would be able to count that loss against your $10,000. However, unlike in the world of stocks and bonds, you would be able to immediately buy back that same asset. This is because crypto, FX, and commodities are taxed as property.

House Democrats suggest closing that “loophole” in other asset classes, according to the proposed legislation. It is estimated to raise $16.8 billion over a decade. The new rule, if passed, would go into effect in 2022.

After that, investors who want a loss to count against their capital gains won’t be able to buy identical or similar assets within 30 days of a sale. If they do, they’ll be slapped with the good ‘ole wash sale. In other words, the loss won’t count.

This will have immediate ramifications in the crypto space. The volatility of the crypto market often makes for big gains and losses. With wash sale rules imposed on crypto and other assets, it’s likely that investors will have to HODL or rethink their strategies. 💡

The rise in retail sales comes days after initial claims (an indicator for layoffs) were reported to be near a pandemic low. Furthermore, the unemployment rate was 5.2% in August, a 0.2% decrease month-over-month.

Some investors are feeling confident that America hasn’t really started to break the bank. 💸 According to analysts, retail sales were high despite the Delta variant last month, leaving many asking what could happen if Delta’s threat was mitigated. Analysts point to suppressed travel numbers, anticipated employment growth, and other similar factors.

But some analysts have a new favorite boogeyman — you’ve heard of inflation, but what about stagflation? 👻 Stagflation is characterized by slow growth and high inflation, which some analysts repeatedly insist is more likely given our trajectory. Analysts have cited rising energy prices, supply chain shortages, and the like.

Three indexes were down today in spite of the good news.

⚠️ The U.S’ 911 Will Start Accepting Texts, Videos, and Photos

💰 21 Savage Teams Up With Chime For New Financial Literacy Initiative

🤭 OpenSea’s Product Chief Is Out After Insider NFT Flipping Accusations

💡 For the Love of the Loot: Blockchain, the Metaverse, and Gaming’s Blind Spot