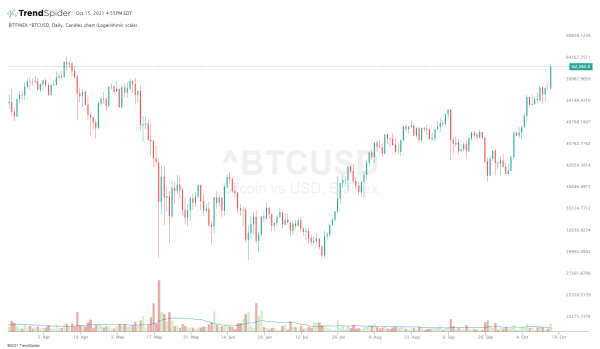 Consumer discretionary popped off into the week’s end – $XLY gained 1.53% to record highs. 🏆 Financials followed suit, drumming up a 1.49% gain. 🥁

Zinc futures zipped 9.55% to new highs due to an increase in spot demand. The commodity gained 20% this week.

As we’ve seen from other banks in the latest quarter, strong market performance makes for strong investment banking revenue. Goldman brought in $3.7 billion from its investment bank division, which was up 88% YoY.

Goldman was the last of the “major banks” to report this week. All of banks did solid in the latest quarter, helping to boost the $XLF +1% this week. 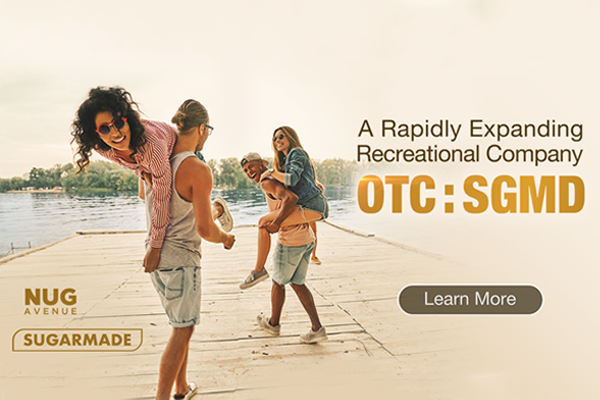 Sugarmade (OTC: SGMD) invests in recreational plant companies and technologies with disruptive potential, recently acquiring a 70% stake in NugAvenue, a delivery service in California. These “Iconic” moves are designed to increase Sugarmade’s market share and profitability.”

Airlines, cruise lines, hotel chains, and travel companies are bracing for a vacation rush after a wild last 19 months. 😪

In a new interview on Axios, Airbnb CEO Brian Chesky said he foresees a travel spike as workers rush to use their PTO by the end of the year. An internal poll conducted by the company shows that “half of people are in danger of losing PTO by year’s end.”

Chesky isn’t the only CEO predicting a travel boost. Several weeks ago, Chesky appeared at Skift Travel Forum to discuss a “new golden age of travel.” Many travel leaders shared his sentiment, with some pointing out that work-from-home might encourage more “bleisure” travel (that’s business and leisure.) ✈️ 🌴

Travel throughput at airports has been gradually rising over the last few months, despite sitting well below 2019 throughput. Carnival Cruise Lines’ CEO said that bookings for early next year were besting 2019 levels. And Hilton CEO Christopher Nassetta shared his belief that “travel demand would eclipse 2019 levels in a matter of three years.”

At this rate, it’s hard to know how the travel recovery will manifest. With that being said, upbeat tones throughout the travel industry are bullish indicators for the future. 📈 💚

The Future(s) of Bitcoin

$BTC.X climbed above $60,000 for the first time in six months as traders speculated that the SEC would clear the first-ever Bitcoin futures ETF. The largest cryptocurrency surged as high as $62,626, notching its highest level since Apr. 18, 2021. 😁

The speculation was prompted after the SEC’s Office of Investor Education and Advocacy published a tweet on Thursday saying “before investing in a fund that holds Bitcoin futures contracts, make sure you carefully weigh the potential risks and benefits.”

Investors took the tweet to mean that the SEC would be approving one or multiple Bitcoin ETFs. The agency has been reviewing over a dozen Bitcoin ETF filings, including Bitcoin futures ETF applications. Bloomberg reported that the regulator is expected to approve at least four futures-backed Bitcoin ETFs this month. 🤗 The report specifically named applications by ProShares and Invesco which could be allowed to launch next week.

Bitcoin is notorious for gaining momentum in October. The flagship cryptocurrency hit an all-time high above $64,000 in April before declining sharply after a crackdown on the crypto market in China. It dropped below $30,000 in July. Since then, it has more than doubled its price.

Shares of Diversified Energy tanked 15% this week after Bloomberg Green published an article on the company’s oil and gas wells, which are reportedly leaking toxic methane into the atmosphere.

“Indeed, state and federal policies—from plugging regulations to tax subsidies—encourage companies to do exactly what Diversified is doing: Keep almost dead assets on life support as long as possible, no matter how much they may damage the planet.”

Natural gas is a cleaner energy alternative to fossil fuels when burned. But, if left unattended, natural gas leaks methane which actually has the potential to cause 80x more warming in the atmosphere than carbon dioxide. 😬

Diversified Energy responded to Bloomberg’s criticism, saying Bloomberg’s report fails to “reflect the positive environmental, social and economic benefits stemming from the Company’s investment into – and stewardship of – its assets within communities in which the Company operates.”

Could methane be cooking the planet?? Only time (and more research) will tell. $DECPF closed at $1.50.

💸 MicroStrategy Has Doubled Its Money On Bitcoin Investment

📈 Here’s What Earnings Are Top of Mind Next Week

💰 Rent Was Up Big In September