Good evening and happy Friday! Cheers to the weekend! 🥳 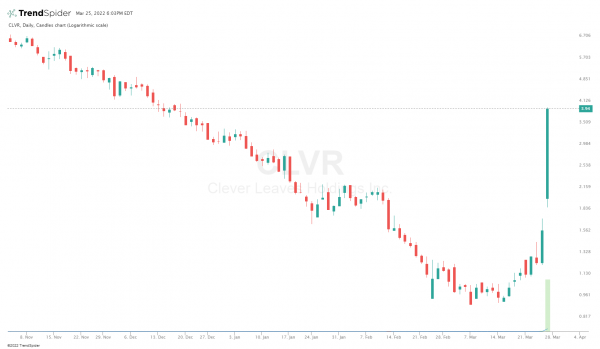 Instacart Chops Pandemic-Era Valuation in Half

Instacart was just insta-devalued. 🤭 The company blossomed during the pandemic, but has since decided to cut its previous $39 billion valuation by 40% amid slowed growth.

Instcart’s last funding round (which included legendary names like Andreessen Horowitz, D1 Capital Partners, and Sequoia Capital) raised $265 million at a ~$40 billion valuation. However, Instacart has decided to voluntarily decrease its valuation in an effort to adjust to current market conditions and attract new talent.

It’s uncommon for start-ups to conduct voluntary “down rounds,” as they’re called in the VC world. It seems like Instacart has a plan, though — the company claims to have over $1 billion stored in cash, and even increased revenue by 20% last year. Nonetheless, according to Bloomberg, rising rates and inflation probably contributed to Instacart’s unique “down round.”

Yeah, it’s odd to see this kind of headline for a player like Instacart that has literally dominated 52% of the grocery delivery market since December. Instacart commented on its decision to lower its valuation:

“Our team built Instacart into the market leader it is today, and we believe investing in them is the right thing to do. Markets go up and down, but we are focused on Instacart’s long-term opportunity to power the future of grocery with our partners.”

Only time will tell how things work out for the start-up. 🤷 ⏳

Invest in the AI lawnmower disrupting a $100B commercial market 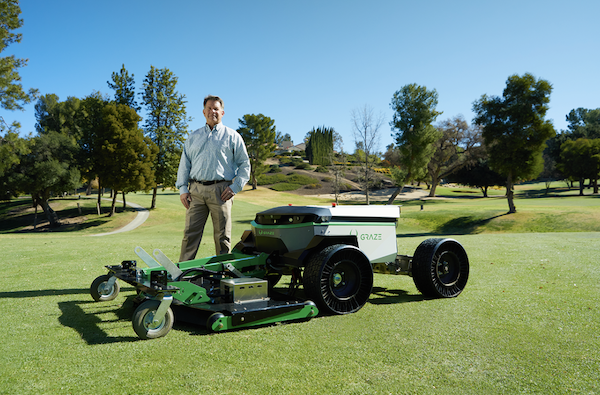 Graze’s 100% electric, autonomous commercial lawn mowers save landscaping companies up to 50% in labor and 75% in fuel costs.

The result? Up to 5x increase in profit margins all powered by renewable energy.

Now, you can get your cut of Graze for a limited time–only through April 15th.

Tilray Inc ($TLRY) took the top spot on Stocktwits trending again — the medical cannabis company closed the day up 22.81%. The stock’s surge came after the U.S. House of Rules Committee decided it would hold a vote on the federal legalization of marijuana last week. Here’s the daily chart: 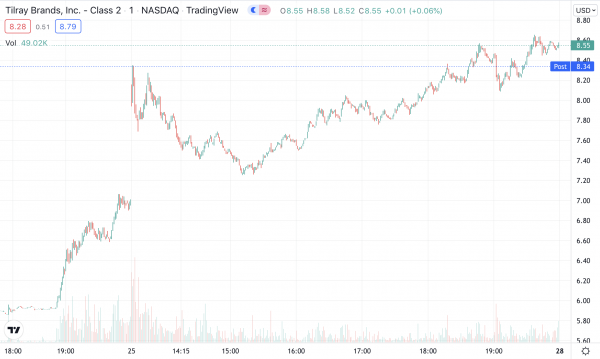 Tellurian Inc ($TELL) also trended on Stocktwits throughout the day. $TELL gained 20.41% after President Joe Biden’s announcement about creating a task force for energy security amid the Ukraine-Russia war. Check out the chart: 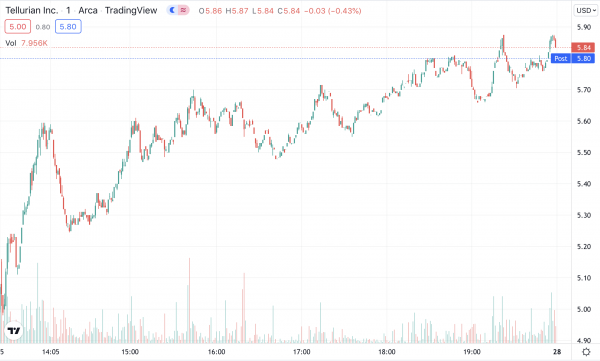 Forge Global Holdings ($FRGE) wrapped up a SPAC merger with Motive Capital Corp and $FRGE gained 50% on the news. Here’s the daily chart: 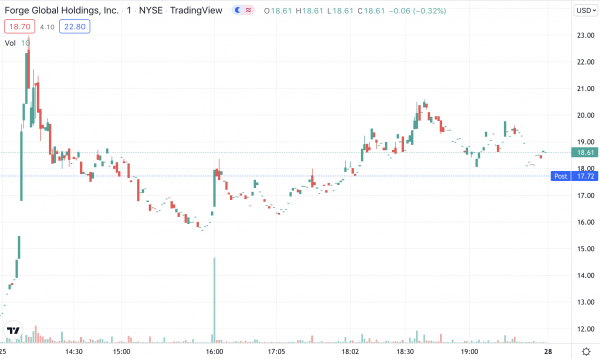 BRP blasted 9.94% today after beating Q4 revenue and earnings expectations. To commemorate the popular Can-Am brand’s 50th anniversary, the company introduced a line of electric 2-wheel bikes which could be available in mid-2024. 🚴 $DOOO is now down 11.2% YTD. 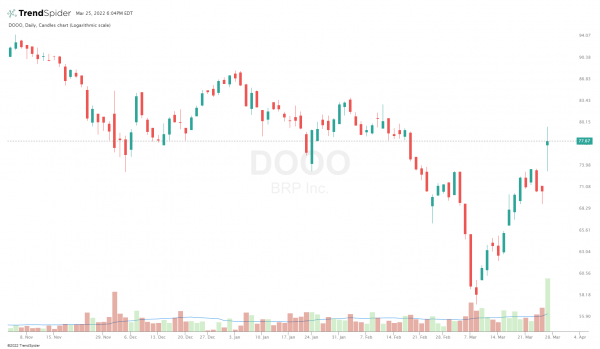 📈 The Fed could raise interest rates by a half percentage point. 0.5% rate hikes would be the most aggressive hikes seen in 20 years — Citigroup analysts expect four half-point increases to rates in 2022. Here’s Barron’s with more.

💀 Four Russian employees are being charged for hacking an oil facility in Saudi Arabia and a U.S. nuclear power plant. The four Russian spies are under investigation by the Justice Department. The U.S. Deputy Attorney General shared: “Russian state-sponsored hackers pose a serious and persistent threat to critical infrastructure both in the United States and around the world. Although the criminal charges unsealed today reflect past activity, they make crystal clear the urgent ongoing need for American businesses to harden their defenses and remain vigilant.” Read more in TechCrunch.

⚖️ Dem. Senator Joe Manchin declared his support of SCOTUS nominee Ketanji Brown Jackson. Senator Manchin commented: “After meeting with her, considering her record, and closely monitoring her testimony and questioning before the Senate Judiciary Committee this week, I have determined I intend to vote for her nomination to serve on the Supreme Court.” Read more in WSJ.

⌛ Ukraine Is Selling a Timeline of the Russian Invasion as NFTs

📺 ‘The Lost City’ Review: A Romp that Should Have Been a Riot

With the upcoming ‘Merge’ update slated for September, Ethereum ($ETH.X) is taking up a good chunk of the cryptocurrency news space. Here’s what’s been happening with Ethereum:

In case you missed it or are out of the loop, the ‘Merge’ for Ethereum is a transition from Ethereum being a Proof-of-Work (PoW) blockchain to a Proof-of-Stake (PoS) blockchain. The main purpose of the ‘Merge’ is to increase scalability, reliability, efficiency, and accessibility.