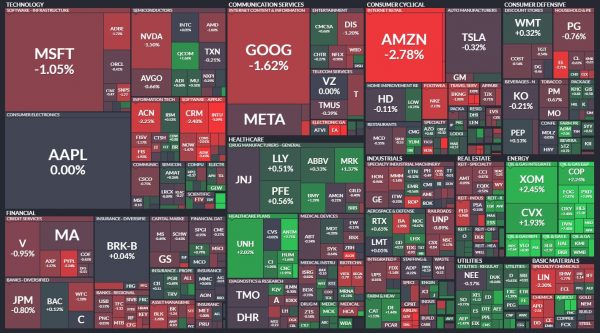 In macro news, U.S. pending home sales posted a surprise increase in May, up 0.7% MoM (though still down 13% YoY). In addition, Durable goods data showed resilience in manufacturing activity, despite the uptick in financing costs and recessionary fears, though data from the Dallas Fed suggests there is some regional weakness. 🏭

As expected, several banks released filings outlining updates to their shareholder capital plans. We’ll follow up with a comprehensive summary later in the week. 🏦

Russia was pushed into its first default on foreign debt since 1918 as it struggles to access global financial markets. However, G7 leaders are not letting up on their support for Ukraine, saying they will stand with Ukraine “for as long as it takes” and adding additional sanctions on Russia. 💵

Nike beat on the top and bottom lines, with EPS of $0.90 vs. $0.81 expected and revenues of $12.23 billion vs. $12.06 billion expected. $NKE shares fell 3% after hours as investors focused on the company’s ongoing challenges, like high inventory levels and supply chain delays.

Donald Trump’s SPAC $DWAC fell another 9.56% today after the company confirmed it received subpoenas from a federal grand jury. 📉

On the crypto front, hedge fund Three Arrows Capital has officially defaulted on a $670 million loan extended to it by Voyager Digital. ₿

Every fourth Friday of June, the popular Russell indexes are reconstituted, shaking things up for traders and investors alike. 📋

These high-flying tech names have cooled significantly, with shares plummeting year-to-date and over the last year. 🥶 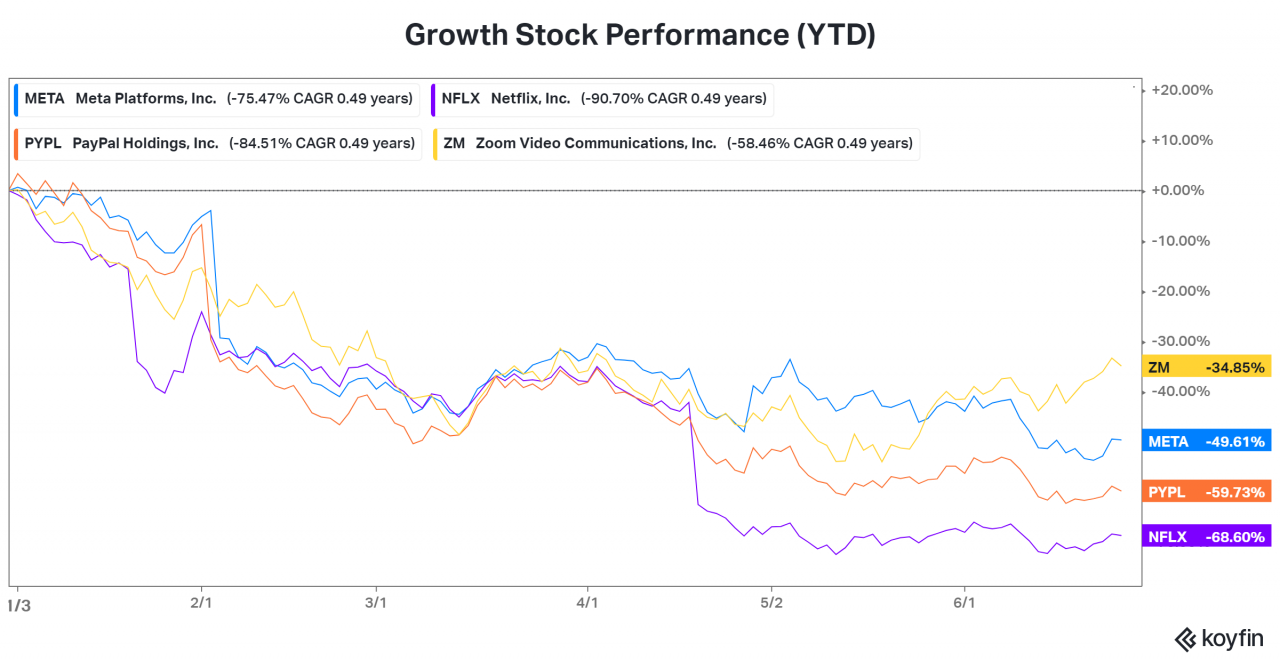 As interest rates rose over the last year, companies like these faced a double whammy.

Higher interest rates made financing their growth more expensive, and it reduced the multiple that investors were willing to pay for their earnings. 📉

As a result, you saw their businesses slow and stock prices re-rated to the downside as investors moved the capital to more cyclical or “value” areas of the market like financials, industrials, materials, etc.

These stocks have been hammered and now have lower price-to-book and growth values, so they’ve met the index provider’s “value index” specifications. 📊

The last decade has been all about growth stocks, but value stocks have outperformed on a relative basis over the last year or so. Whether or not that continues remains to be seen, but this shakeup in index constituents is worth paying attention to. 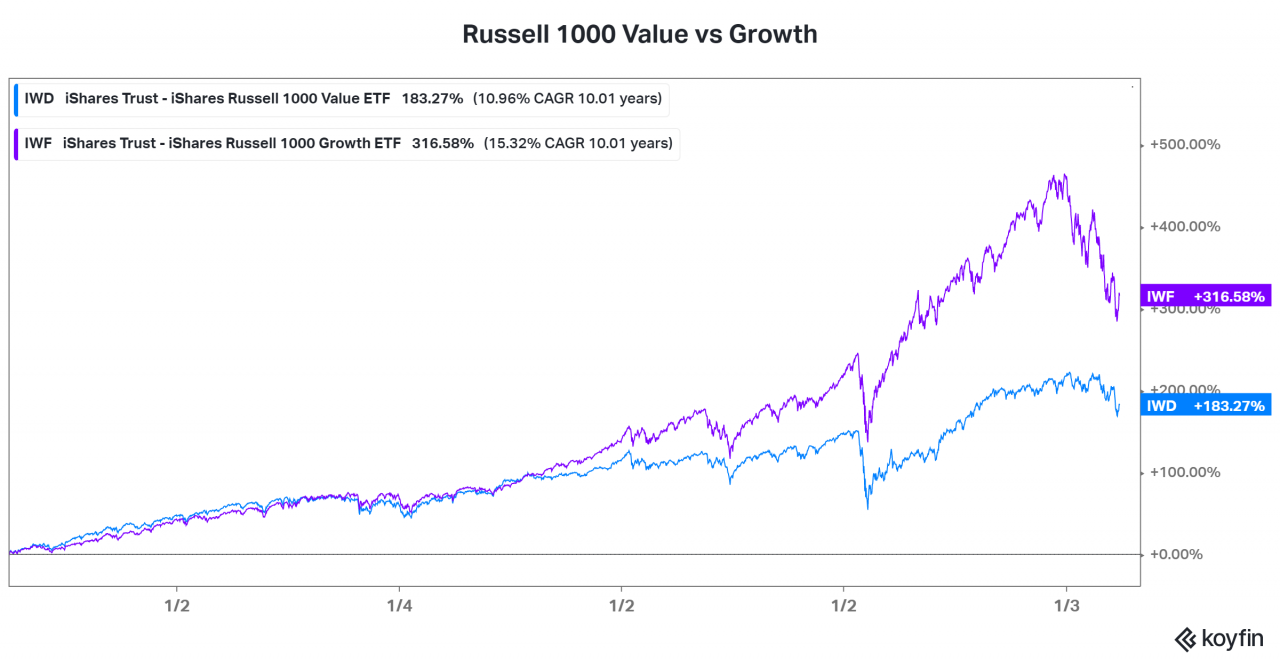 You can read the full summary of this year’s reconstitution here. 👀 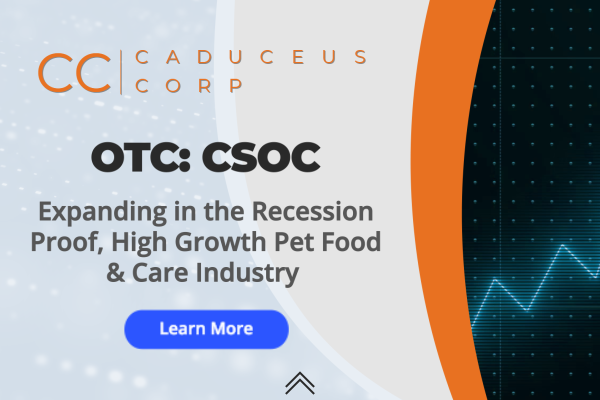 Caduceus (OTC: CSOC) is the parent company of McLovin’s, the California-based manufacturer and distributor of high-quality freeze-dried pet food & high-end care accessories. McLovin’s is seeing unprecedented demand for its products through big-box stores and eCommerce channels.

The highly-capitalized crypto exchange has been on a shopping spree amid the market turmoil, providing cash-strapped firms with a lifeline…for a price. 🏷️

Now, rumors are flying that the company is considering a takeover of Robinhood, which has fallen from a $60 billion valuation last August down to $7 billion today. 📉

FTX diversified its business into stock trading just last month, so making a meal of a struggling competitor doesn’t seem that far-fetched.

$HOOD shares were up 14% in the regular session but fell 5% after hours following FTX’s denied any M&A talks with the company.

Whether a deal comes to fruition remains to be seen. What’s clear is that rumors will likely stick around as long as FTX continues to throw its weight around. 💪

💻 Siemens to buy U.S. Software company Brightly. The German engineering group Siemens is buying Brightly Software from private equity owner Clearlake Capital in a deal worth $1.5 billion. The acquisition will help the company expand its “software as a service” (SAAS) offering and hopefully achieve its growth targets. Read more from Reuters.

⚠️ Nato puts troops on high alert. The alliance will be putting 300,000 troops at high readiness in response to Russia’s invasion of Ukraine. Additionally, its military forces in the Baltic states and five other frontline countries would be increased “up to brigade levels.” Jens Stoltenberg said this move would represent “the biggest overhaul of our collective defense and deterrence since the cold war.” More from The Guardian.

A Beyond Packed Earnings Day

Stocks were mixed in a news-heavy day — here’s what you missed.

The fight against inflation continues as the Bank of England hikes rates by another 50 bps. We discuss that and other economic updates below. 👇

Is Cardano A Sleeping Giant?

“The only thing bearish about cryptocurrency is the current price action.” – that phrase perfectly describes Cardano’s current fundamentals related to its current price.

From a fundamental perspective, there are practically zero bearish conditions for Cardano. Cardano has never been hacked, interrupted, or shut down – unlike Ethereum ($ETH.X) or Solana ($SOL.X).