Markets ended lower for a third straight week despite today’s big up move. Nifty and Sensex jumped ~2% each. Midcaps and Smallcaps also moved in tandem, up +1.5% each. The market breadth was extremely positive with three stocks gaining for every one loser. 💪

City gas distribution companies like IGL (-6%) and MGL (-5.5%) were under pressure after GOI announced it will increase gas prices from Oct 1. Higher gas prices are negative. 🚨

SRF rebounded ~5% from the day’s low. The company will begin production at its new refrigerant gas plant in Gujarat. 🏭

Are We Heading Towards Stagflation?

The Monetary Policy Committee (MPC) increased interest rates by 0.50% for the third time in a row! 🙈

But, what worried experts more is the RBI lowering its FY23 GDP growth forecast to 7% (vs 7.2% earlier). This has renewed debates about the economy heading into stagflation. You’ve heard of inflation and recession but what the heck is this? Stagflation is characterized as a period of low economic growth, and higher inflation, which sucks. Some analysts believe we’re headed in that direction, while others disagree. 🤼

Firstly, India’s inflation problems are mainly down to global factors, which means it is not systemic. Though the Rupee hit new lows against the US dollar, it has outperformed major global currencies, which is a positive. Finally, India will remain the world’s fastest-growing economy despite the cut in estimates, said experts. ✅

RBI Governor Shaktikanta Das echoed this optimism in his media address, he said:

Today, despite the gathering clouds over the global economy, the Indian economy inspires optimism and confidence. As we celebrate Mahatma Gandhi’s birth anniversary in another two days, I conclude my statement with his insightful words: we are ever wakeful, ever vigilant, ever striving.

Bottomline: Investors are hopeful that RBI’s calculated and steady approach to tackling inflation would ensure minimum economic damage. Bullishness ahead of the all-important festive season also added to the cheer as markets snapped their 7-day losing streak. Let’s see how this goes. 🧐

The 5G Revolution Is Here!

The next generation of mobile connectivity will be initially rolled out in a handful of cities like Mumbai, Delhi, Chennai and Kolkata. Reliance Jio, which purchased the highest 5G spectrum, is confident of pan-India coverage by the end of next year. Bharti Airtel aims to deliver 5G to every city by March 2024. 📶

The launch of 5G services in India, the world’s 2nd largest smartphone market after China, comes after years of intense preparation. The GOI received bids worth over Rs 1.5 lakh crore (an all-time high) for the spectrum auction. Laws regarding the setting up of 5G infrastructure have also been simplified to facilitate a faster roll-out. ✅

Big Picture: 5G will essentially offer a huge boost to mobile data speeds and latency, unlocking possibilities for high-fidelity applications from AR to mass IoT monitoring. “The cumulative economic impact of 5G on India is estimated to reach $450 billion by 2035.”, the Ministry of Communications said. 💰

Here’s a look at this week’s top Nifty 500 movers. Bajaj Electricals took the pole position after gaining +12%. 🥇 Krishna Institute of Medical Sciences (+11%) hit a new all-time high. Adani Transmission (-15%) had the worst week in nearly 5 months. Varroc Engineering (-13%) closed down for a second straight week. 📉 Check out their charts below: 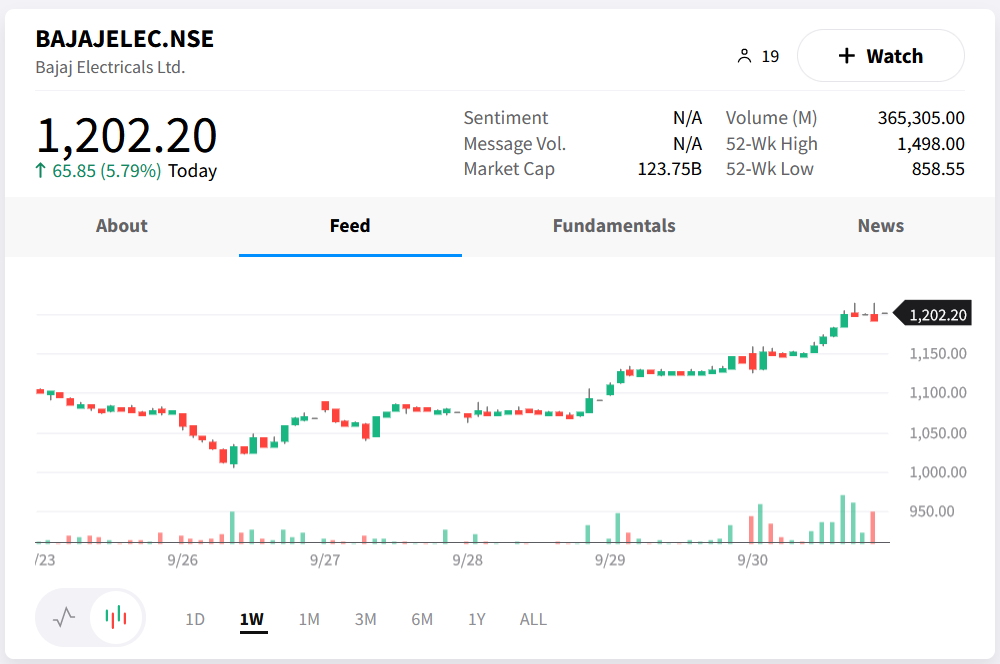 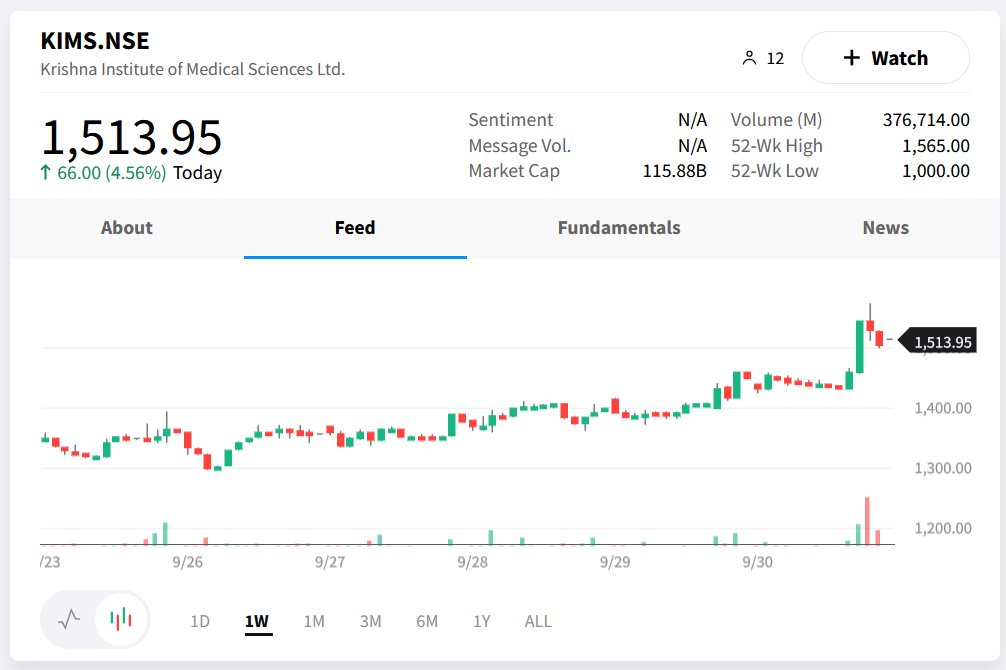 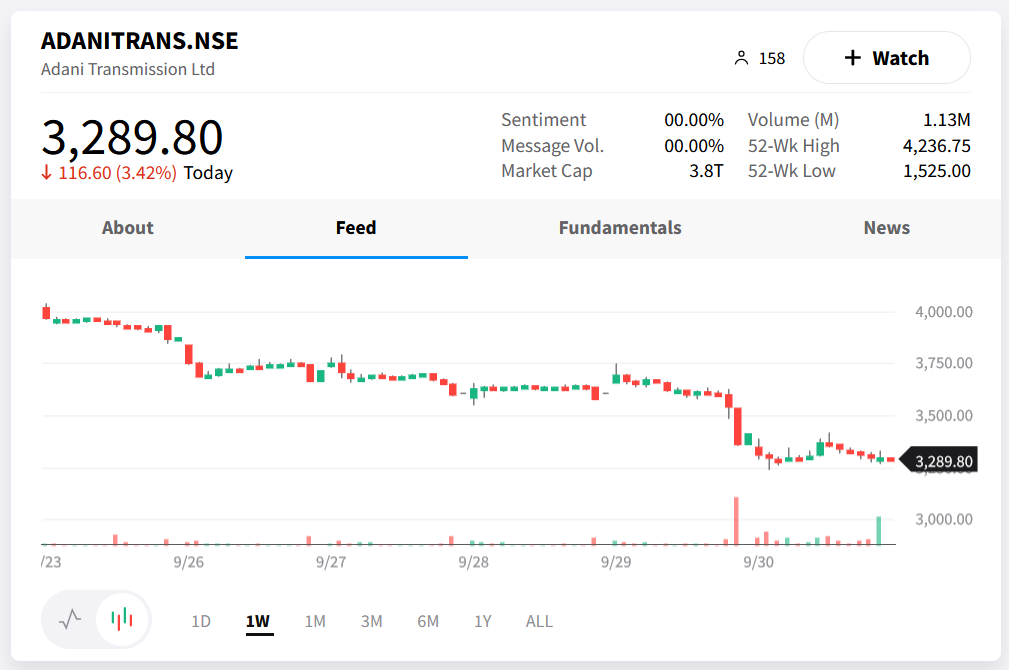 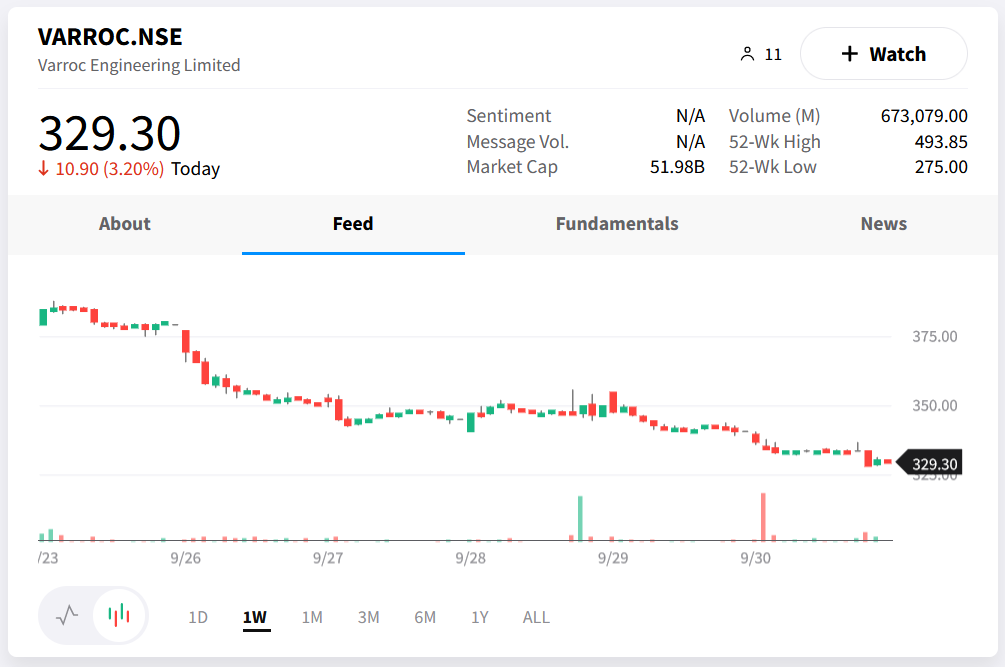 🕷️ Tiger Shroff Reveals He Auditioned For MCU’s ‘Spider-Man’; ‘I Can Do Most Of What Spider-Man Can Do’

🥗 Vegans & Vitamin B12: The Often-Ignored Nutrient & How To Get Enough Of It

Markets hit a new all-time high in November. Hopes of the US Fed reducing its pace of interest rate hikes, strong Q2 results, a cool-off in oil prices and FII buying turbocharged bulls. PS – Goldman Sachs has a target of 20,500 by Dec 2023, + 9% from current levels. Most sectors closed in the green. PSU Banks (+16%) hit the highest level since Nov 2017! Metals rose on a monthly basis for the fourth time in the past five months. Pharma (-0.5%) and Autos (-1.1%) witnessed minor cuts. 🚀

Good evening everyone and welcome to the new trading week. 🎲

Markets were super volatile as the second and final phase of voting in Gujarat began today. Nifty and Sensex closed flat. The Midcap Index (+0.3%) hit a new high and Smallcaps (0.4%) also outperformed. 📈

Markets closed up for a second straight week even after today’s profit booking. Nifty and Sensex slipped 0.6%. On the flip side, Midcaps (+0.9%) and Smallcaps (0.6%) were up big. The advance-decline ratio was split evenly. ✌️

Hola Amigos. One more day to go for the weekend. 😇

Up, Up And Away