📉 Every major US index fell and recorded their sixth straight week of losses.

🔥 Inflation was in focus as CPI and PPI data cooled very slightly. Meanwhile, the national average gas price rose to an all-time high of $4.374.

🟢 Despite the hot inflation readings, treasury bonds managed to close in positive territory after experiencing their own multi-week series of losses.

😜 Elon Musk’s antics around his Twitter buyout proposal continue, with him casting doubt on whether he’ll go through with the deal…sending $TWTR plummeting. Friday’s edition of the Rip has the scoop.

🎪 Growth stocks remained volatile, especially those that reported earnings. We covered some big movers, including Coinbase, Upstart, Affirm, and Beyond Meat.

Bullets from the Weekend

🌍 Sweden poised to apply for NATO membership as ruling party backs bid. Earlier in the week, we saw Finland express its intention to apply to NATO, and Sweden has followed, as many expected. Membership is all but guaranteed, as it’s a long process to get approved, and current members like Turkey are already voicing their objections. Meanwhile, Russia has warned both countries of “serious consequences” if they become NATO members. Read more in Reuters.

🛢️ Oil giant Aramco reports record profits amid soaring oil prices. These record results come the same week that the company surpassed Apple to become the most valuable company in the world. Net income rose 82% in the first quarter versus the same period in 2021, helped by higher oil and gas prices, rising volumes, and improving margins. CNBC drills into the details.

👨‍✈️ The pandemic shortages continue, this time in…airline pilots? As airline travel reaches new post-pandemic highs, pilot shortages are making it difficult to keep up with demand. During the pandemic, the industry took drastic measures to cut costs, primarily by reducing headcount and slowing hiring/training. Nearly two years later, the industry and government are scrambling to find solutions to a problem that has nationwide effects. Get a birds-eye view from CNBC.

💰 Median CEO pay packages hit $14.7 million in 2021, a sixth straight record. Large equity awards and a strong stock market in 2021 drove the surge to new highs. But the journal’s analysis shows that high compensation didn’t always mean better performance. For example, only one of the 25 highest-paid CEOs in the Journal headed one of the 25 best-performing companies. Here’s the complete WSJ analysis.

There are a total of seven Fed governors’ speeches this week, which tend to throw markets into a tiff when there are any major surprises. Find them all here.

It’s a slow earnings week, with only 227 companies reporting. With that said, investors will be looking to get a read on the health of the American consumer with companies like Walmart, Home Depot, Costco, and Target reporting. Some important names in the tech sector include Cisco Systems, Applied Materials, and Palo Alto Networks. 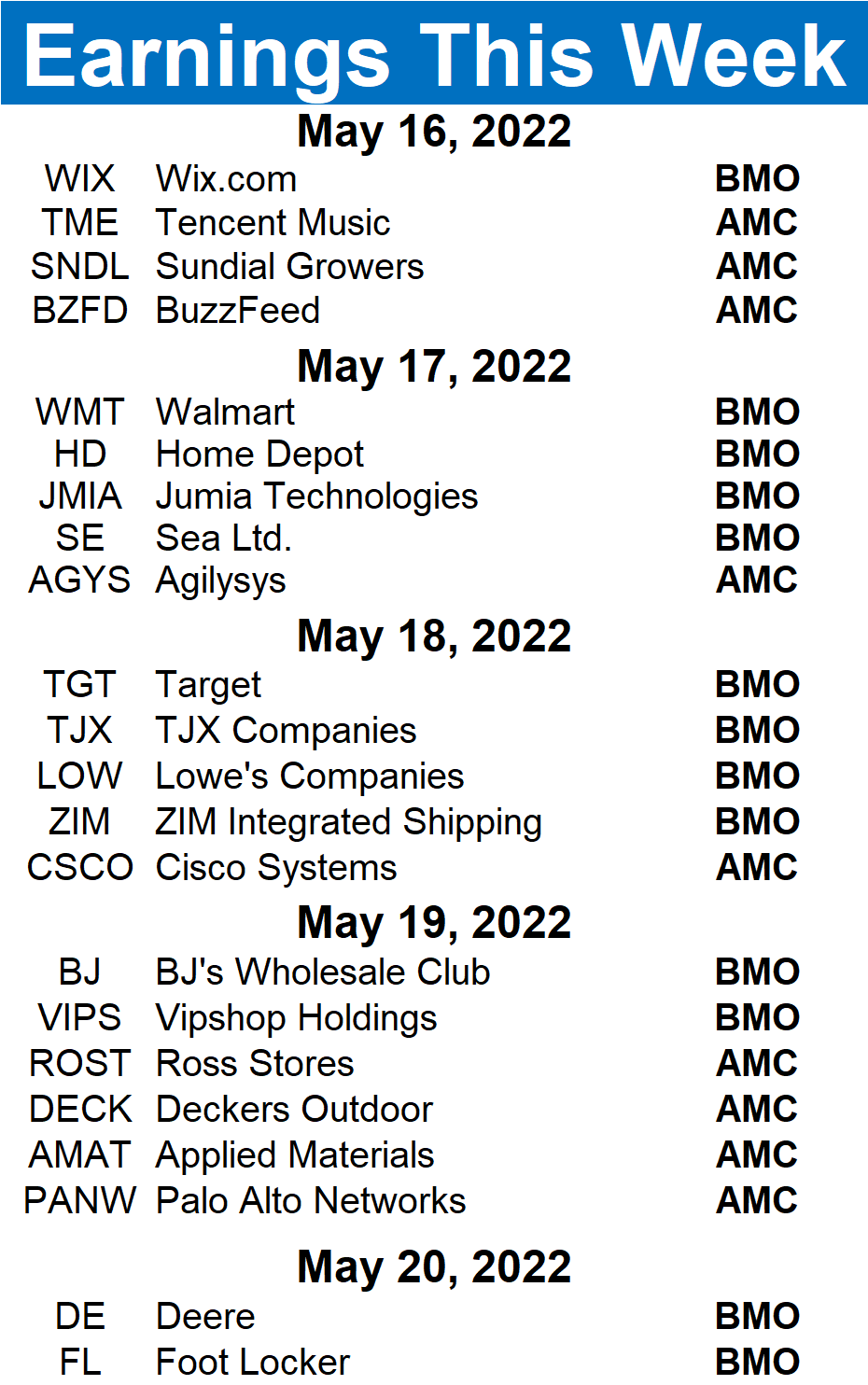