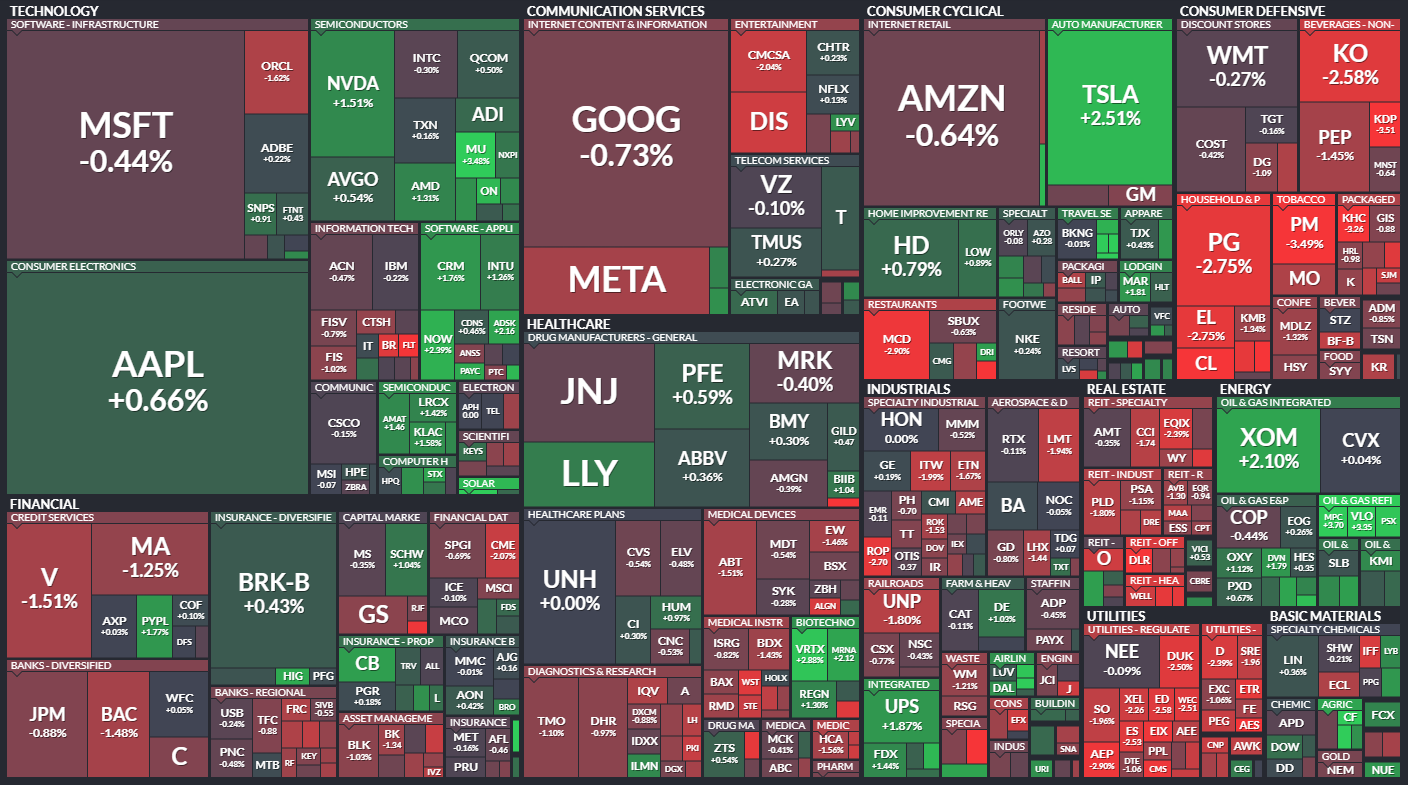 Wall Street firms continue to beat the bearish drum, with Goldman Sachs and BlackRock sharing their negative outlooks on equities. 🐻

In airline news, the Justice Department is headed to court vs. JetBlue and American Airlines over antitrust concerns. Meanwhile, the Biden administration is workshopping new travel rules to fight ‘unnecessary hidden fees’ as it pushes for more consumer transparency. ✈️

And Cathie Wood launched a new fund to allow small investors to invest in the VC market for just $500. Now her investors can lose money in the public AND private markets. 😂

“The Largest Deceleration In History”

It’s no secret that housing is going through a rough patch this year. Whether you’re looking at lagging economic indicators, leading indicators, or homebuilders and related stocks, they’re all pointing in the same direction…down. 📉

Today the S&P Case-Shiller Index showed that national home prices cooled in July at the fastest rate in the index’s history. While prices are still higher than a year ago, price gains decelerated significantly MoM. In June, prices were 18.1% above the previous year, while in July, they were *only* up 15.8% YoY. 😮

While new home sales bounced back in August, experts say the improvement is likely temporary, caused by the dip in interest rates earlier in the summer. Since mortgages can take up to 90 days to close, many sales from May/June/July were officially recorded in August. 🗓️

Many analysts expect the weakness to continue as we head into a seasonally soft period for housing. Combine that with rates hitting their highest levels since the early 2000s, and you get a very weak demand side of the equation.

They say, “don’t fight the Fed,” and it’s waging war on housing (and employment) right now. So while we’re sure Fed officials see today’s number as progress, they still have a long way to go. In other words, the pain for housing may be just beginning. 🛣️ 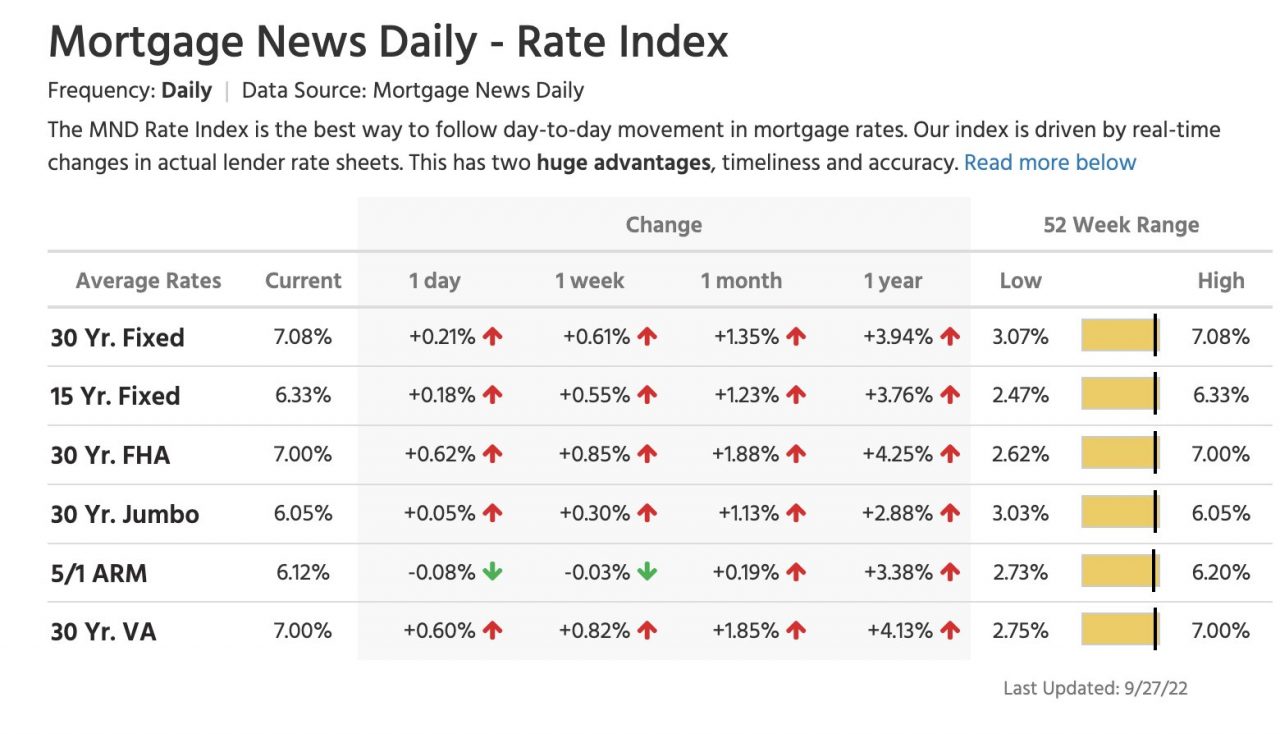 It’s a very slow time for earnings, but some stocks are still on the move. One of those is the manufacturing services company, Jabil Inc.

Additionally, the company provided upbeat guidance. It now expects first-quarter EPS of $2.00 to $2.40 and revenue of $9.0-$9.6 billion, beating expectations of $8.93 billion. And to top it off, the company authorized a $1 billion share buyback, which is ~12-13% of its current market cap.

Investors appear happy with the results, sending $JBL shares up 2.24% in a tough tape. 👍 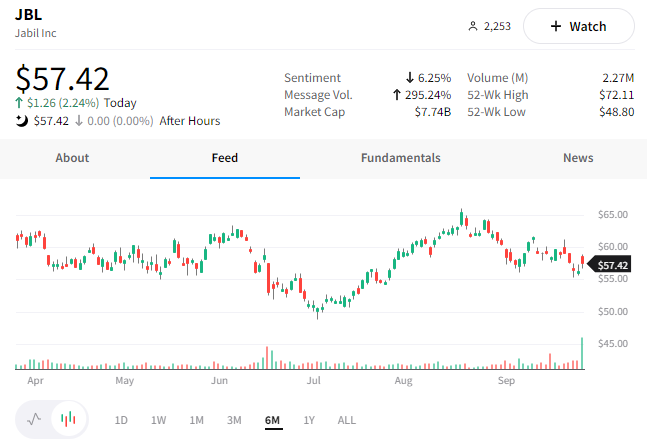 The cybersecurity and “Internet-of-Things” company reported an adjusted second-quarter loss of 5 cents per share, 2 cents better than estimates. Additionally, its revenue of $168 million was above estimates of $162.4 million. 👍

While the results beat expectations, the company’s overall trajectory remains unclear. Investors in the “meme stock” appear to be losing patience in the turnaround story, especially in the challenging macro environment. 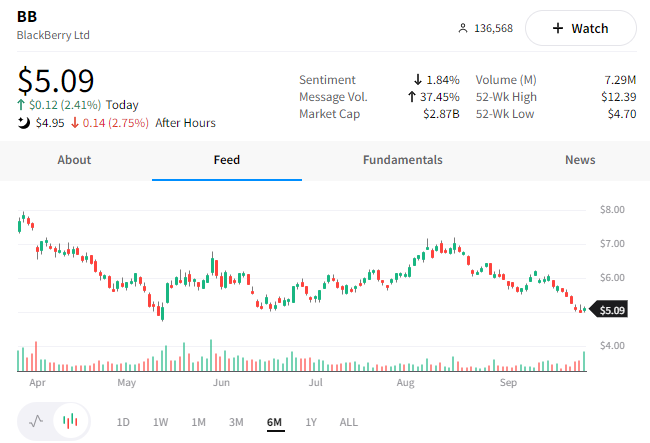 Today we’re talking about a different type of dump in the crypto market, a news dump. Well, prices dumped as well, but that’s par for the course these days. And while we typically reserve our crypto coverage for our Litepaper newsletter, there was a lot of mainstream news worth highlighting. 📰

First up, we’ve got some news from crypto exchange FTX. The U.S. president of the exchange, Brett Harrison, announced his resignation on Tuesday, saying he’ll move into an advisory role. His position is now held by Zach Dexter, though he’ll be helping the team transition through year-end.

Additionally, FTX is set to buy bankrupt crypto lender Voyager’s assets for $1.4 billion. Voyager filed for Chapter 11 in July after market volatility left it unable to redeem withdrawals for its customers. After months of negotiations, Sam Bankman-Fried’s FTX has come out on top once again. 💰

Meanwhile, crypto lender Nexo gained access to a U.S. bank charter by buying a stake in a regulated bank. It’s purchasing an undisclosed stake in Hulett Bancorp, which owns an under-the-radar bank called Summit National Bank. Nexo plans to offer products like checking accounts and crypto-backed loans through this relationship. Meanwhile, the bank license will provide enhanced legal safeguards to its customers and help the company expand throughout the U.S.

The Nexo news didn’t stop there, though. Eight states have filed enforcement actions against the platform. The filings claim that the company offered interest-earning accounts without first registering them as securities. As a result, the cease-and-desist orders prevent it from offering this product until it completes the necessary registration requirements. 🛑

Do Kwon, the founder behind the $60 billion collapse in Terraform Labs, says he’s not hiding. However, he’s not revealing his location to authorities either. Not hiding, but also not coming forward. Tomayto, tomahto… 🍅

Lastly, in LOL news of the day. Tether’s former auditor was fined $1 million by the SEC for its sloppy accounting practices. Way to go, SEC. That’ll show’em… 🙄

⚖️ Biogen to pay $900 million over kickback allegations. A former Biogen employee turned whistleblower alleged the company paid kickbacks to doctors to encourage them to prescribe its multiple sclerosis drugs. The company denied any wrongdoing but agreed to pay $843 million to the federal government and $56 million to 15 states to settle the case so it can “focus on other priorities.” Also, it pays to blow the whistle as the former employee will receive $250 million of the federal funds. CNBC has more.

🗓️ Calendly expands into the recruitment sector. The unicorn scheduling startup has made a name for itself, with over 10 million people using its tools to book appointments, arrange meetings, and plan other events. The company is making a major move by acquiring Prelude, a specialist in automating scheduling and organization around job recruitment. This is the company’s first acquisition and unlikely the last as it expands into other verticals beyond HR. More from TechCrunch.

⚡ Hertz teams up with oil giant BP to install EV chargers throughout the U.S. The companies are partnering to install thousands of EV chargers at Hertz sites across the U.S. BP Pulse, the oil company’s EV-charging arm, will install the chargers and provide software and services to help Hertz scale its EV capabilities. Hertz currently has purchase agreements with Tesla, Polestar, and General Motors. As such, the chargers will support its efforts to add more than 340,000 EVs to its fleet by 2027. CNBC has more.

💸 Can Cloudflare buy its way to the top of the cloud computing space? The security, performance, and reliability company will help connect startups that use its serverless computing platform to dozens of VC firms that have collectively offered to invest up to $1.25 billion in the companies. The company believes it can earn market share by providing a better product at a more affordable price. With that said, It hopes this significant incentive will help entice customers to choose it over competing products like AWS, Azure, and Google Cloud. More from TechCrunch.

📱 Apple begins making iPhone 14 in India. We spoke about the rumors last week, but Apple has finally made the news official. The company’s main iPhone assembler, Foxconn, will manufacture the iPhone 14 in India, where the company had only produced later models of the iPhone. While many view the move as a manufacturing diversification play, analysts say the company also hopes to use its local foothold to grow its market share in India. Last year, Apple only had a 3.8% market share in the country, with lower-cost competitors like Samsung and Xiaomi dominating. CNBC has more.

😮 Finally, a Roomba that vacuums and mops

The economic data continues to roll in, so let’s see what today brought with it. 📝

First is the Fed’s key inflation measure, the core personal consumption expenditures index (PCE). After rising from July through September, the measure fell 0.2% in October to 5% YoY. The volatility in the data makes it hard to identify a clear trend. As Jerome Powell said yesterday, there is still much work to do on the inflation front. 🥵

The Good, The Bad, And The Boring

Today was a slower earnings day, but it still produced some outsized moves. 😮

First up was the Chinese autonomous aerial vehicle company, EHang. The company’s loss per share was worse than analysts expected, but its revenue came in significantly above expectations.