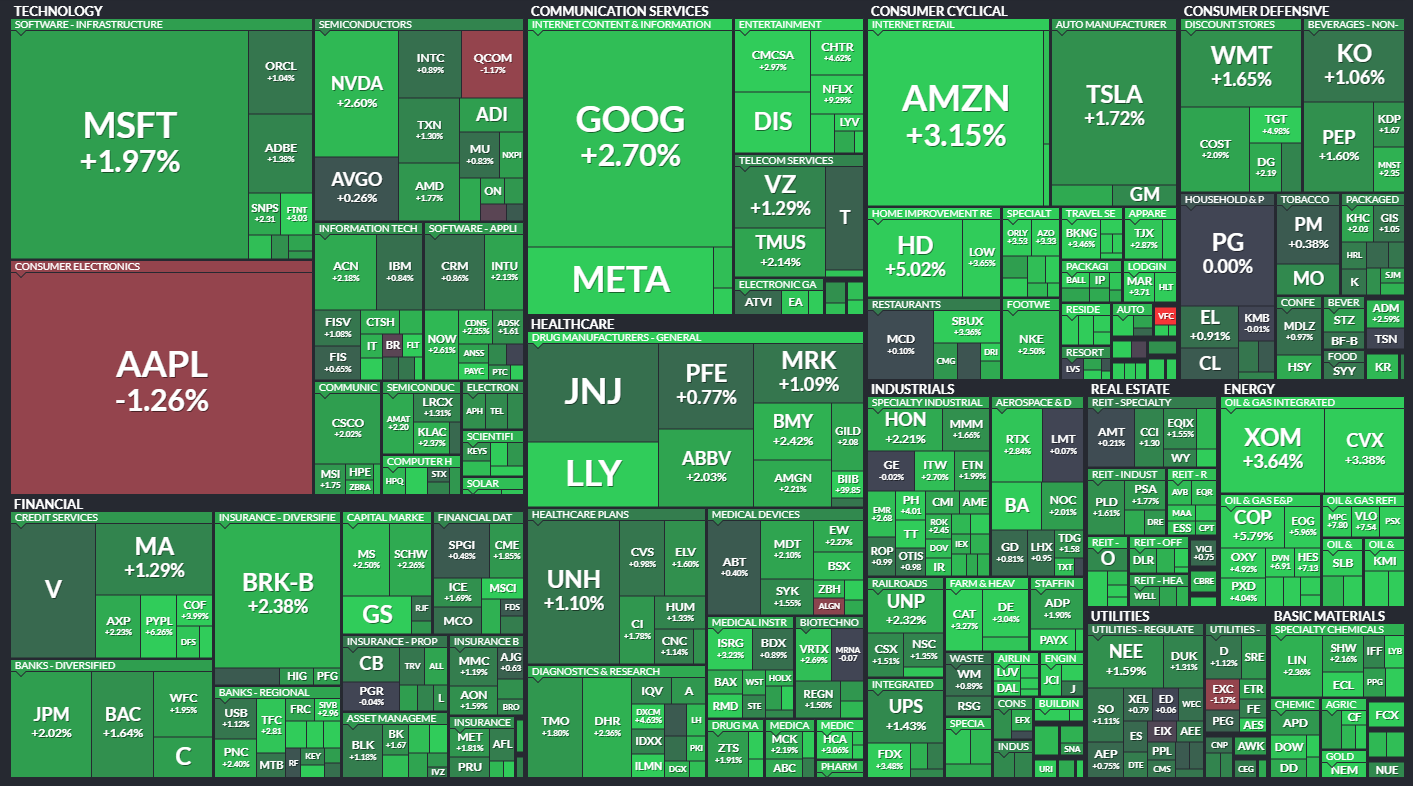 Ford is in the news after unveiling a new F-Series Super Duty truck designed to boost its commercial and software services businesses. Ford will invest $700 million to support this new product and add 500 jobs as it retools its Kentucky plant. 🛻

Netflix popped 9% after Atlantic Equities upgraded the stock to overweight. 📈

Your chance to be heard: Want to help us improve our products and your experience? Take part in our short “Stocktwits Social Survey” to offer your feedback on our social media channels! The first 100 respondents will receive a $20 American Express gift card, so don’t delay! ⏳

We spoke about it last week, but the situation in the U.K. continues to escalate.

After only nine months of quantitative tightening, the Bank of England is again stepping in to support the market. The central bank said it would suspend its plan to sell gilts (U.K. government bonds) next week and temporarily buy long-dated gilts to calm the markets.

These actions are in response to soaring U.K. bond yields and its currency sitting at 38-year lows. While both of these trends were in place, they accelerated at a record pace last week when the U.K. government unveiled a record tax cut to stimulate its economy. This put the Treasury and the central bank’s actions and priorities directly at odds. ⚔️

As if the situation wasn’t sticky enough, you’ve now got the central bank simultaneously tightening and loosening monetary conditions. On the one hand, it’s trying to stabilize its bond market and currency in the short term by buying gilts. Longer-term, though, it must continue to raise rates to fight inflation, which the country’s tax cuts will further stoke. 🔥

Although it’s been denied, rumors were flying that the Chancellor was preparing to ask banks not to short the Pound lol. That should surely help calm the markets… 🤦

Clearly, any confidence the market had that the U.K. government and central bank could easily sort this mess out is gone. Concerns remain that if markets don’t stabilize soon, there’s a material risk to the country’s overall financial stability.

With the country facing a host of other problems as well, traders and investors can expect volatility in its assets and financial system to continue as we head into Q4. 🙃

Dow Theory is a commonly-referenced technical analysis concept, and it’s popping up on people’s radars again these days. 👀

There are six basic tenants to the theory, including:

While they’re all somewhat connected, the main tenant we’re focused on today is #4: Indices must confirm each other. 🤝

The idea here is that the companies in the Dow Jones Industrial Average make the goods, while those in the Dow Jones Transportation Average ship the goods. So if both indexes are trending lower together, like they are today, that probably means we’re in a crappy environment for the stock market or economy in general. 🐻 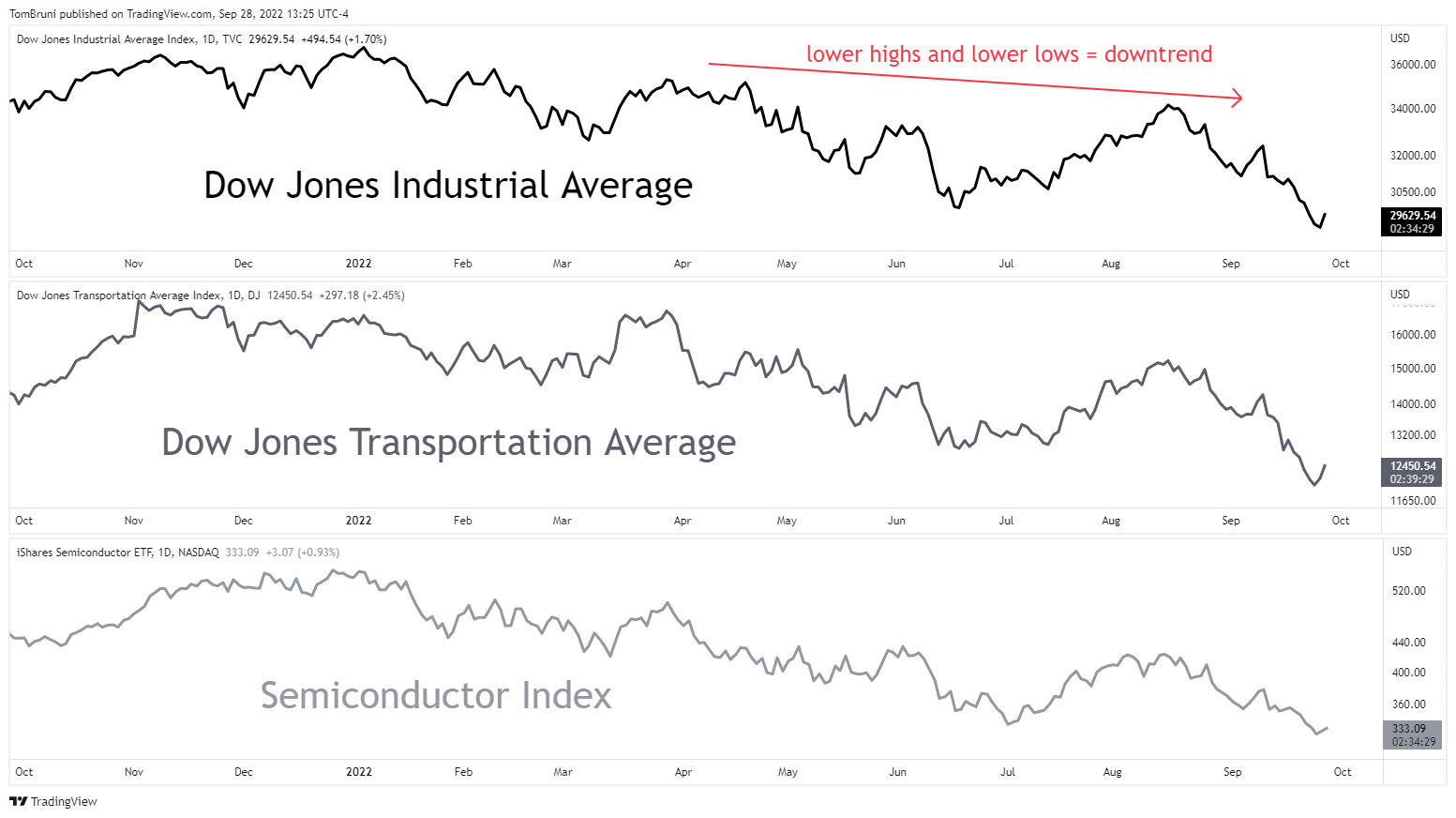 The economy’s composition has certainly changed since this theory was invented a century ago. As a result, analysts like to put a modern spin on “Dow Theory” by adding the Semiconductor Index in there, too, since almost everything we do involves technology and chips today.

Well, as you can see, the results are the same. These indexes have been making lower and lower highs for most of the last year, indicating a clear downtrend. If the stocks representing these companies continue to fall, then we likely haven’t seen the bottom in earnings expectations yet.

At least that’s what analysts are saying. 🤷

Whether or not they’re right remains to be seen, but what’s clear is market bulls want to see this “down and to the right” pattern end sooner rather than later. ⌛

Given the high level of uncertainty, the company said it will provide its full-year 2023 guidance in conjunction with its first-quarter results. 📅

Investors appear pleased with the results, with the stock holding above its year-to-date lows and rising 4.06% today. 👍 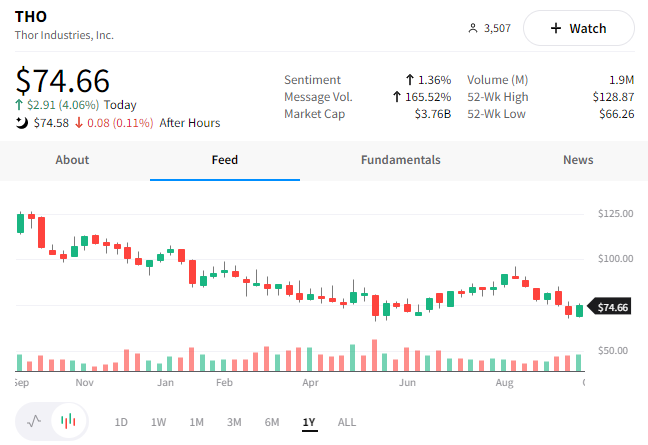 🚫 India’s inclusion in a key government bond index is delayed until next year. The country’s long wait for inclusion in JPMorgan’s influential emerging market debt index is pushed out another year. Sources familiar with the matter say the country has a number of issues to address related to its onshore bond settlement, similar to the approach used by China. News of the delay sent yields higher, and the Rupee lower as markets grow frustrated by nearly a decade of unsuccessful attempts. Reuters has more.

🎙️ Lionsgate makes an about-face and leans towards a studio spin-off. The company has been trying o spin off its Starz platform but has struggled in the challenging market environment. While it hasn’t given up on selling a minority stake in Starz, its attention has shifted to spinning off its studio division, where there is more investor interest. The studio business produces films and TV series, including a library of more than 17,000 titles, which competitors in the “streaming wars” would love to get their hands on. More from CNBC.

😨 Hacks can happen Fast, Company finds the hard way. Another day, another hack. This time it’s U.S. business publication Fast Company whose hackers breached and sent offensive push notifications to Apple News users. It confirmed that a hacker breached the company’s content management system (CMS), giving them access to the publication’s Apple News account, where they sent two “obscene and racist” push notifications. Unfortunately, no matter how much defense a company has these days, determined hackers always seem to find a way in. TechCrunch has more.

🤖 Amazon’s new security robot. In addition to news of new Alexa devices, the company unveiled a refresh of its Ring lineup, including new cameras, alarms, and more. While we’re sure all of those are great, what caught more attention was the company’s plan to integrate its Ring Virtual Security Guard subscription service for third-party monitoring with its Amazon Astro robot. It says this new solution could make sense for businesses that can’t afford an on-site security patrol but still want to keep an eye on their property after hours. More from TechCrunch.

⚡ India’s Tata Motors launches a $10,000 electric car. The company’s leading EV maker launched the country’s lowest-priced electric vehicle on Wednesday. Government subsidies and high tariffs on imports have made Tata the country’s only electric vehicle maker, ahead of Mahindra & Mahindra, which is still in the process of raising money for its EV unit. It looks to expand its domestic lead in the space while also keeping an eye on its foreign competition, where some EVs start as low as $4,500. Reuters has more.

🧈 Don’t have a cow, but there’s a major butter shortage

🏘️ The pivot to remote work accounted for 60% of the U.S. home-price surge, study says