Happy Tuesday everybody. Markets closed up for a third straight day. 🤗

Nifty and Sensex rebounded after opening lower as investors bought the morning dip. Midcaps and Smallcaps closed barely up. The advance-decline ratio was split evenly. 🤝

Most sectors ended in the red, but losses were minor. Metal (-1.9%) dropped the most in over 3 weeks. Energy and IT stocks were the main sources of strength, +1% each. 💪

Vodafone Idea (-21%) fell the most in a single day since the start of the pandemic. More details below. 👇

Paytm cracked another 3% despite posting a solid Q3 update. Reports of HDFC Mutual Fund selling off its entire stake in the company weighed on the stock. 😓

Hinduja Global Solutions (+6%) will consider the proposal of a share buyback on Jan 14. 🤑

Marksans Pharma (+4%) received the US Food and Drug Administration (USFDA) approval for a new drug used to treat allergies. 💊

Saved By The Bell

The Government of India will take over Vodafone Idea! Holy $h!t 🤯

Vodafone Idea has opted to convert Rs 16,000 cr in outstanding interest payments to the Government into equity. The company will issue fresh shares at a price of Rs 10 each, that’s 30% lower than Monday’s closing price. This will make the Indian Government the largest shareholder in the company with ~36% stake. 🥇

Investors were clearly unhappy with the move and the stock crashed over 20%. Here’s why? Recent price hikes, the buzz of existing promoters injecting fresh capital, plus rumors of new investors onboarding sparked hopes of a turnaround. In that context, the latest move came as a huge shock for the markets. Additionally, fears of Vodafone Idea going down the BSNL/MTNL path with the Government in charge only made matters worse. 😰

But, let’s look at the bright side. Its +25 cr customers will continue to enjoy the same (or maybe worse) Vodafone Idea experience and +13,000 employees get to keep their jobs. Sometimes you just gotta do what you gotta do. 😌 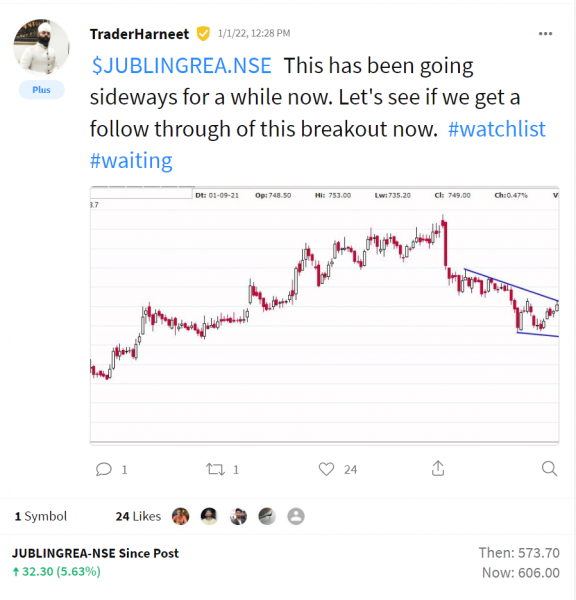 Digital payments provider Pine Labs is reportedly in talks to list in the US. The Noida-based startup plans to raise $500 million from the markets. Reports indicate the IPO will value the company at a staggering $7 billion! 💸

Founded in 1998, Pine labs offers digital payments gateway and commerce platforms for businesses. Pine Labs has +150,000 merchants like Apple and Starbucks and claims to have over 3 lakh terminals across 3,700 cities and towns in India. Going forward, the company aims to expand its footprint globally and power 10 billion transactions per month (vs 1 billion currently). 🚀

Following in the footsteps of Freshworks, several Indian startups are charting the course for a US listing. Prominent names like Byju’s, Flipkart, and Zoomcar, are in talks with bankers for a possible overseas public offering. For all the positives, it’s a shame that it won’t be easily accessible for most Indian retail investors. 😕

Bitcoin is on track for its worst-ever start to a calendar year. Ouch! 🤕

But what’s driving the pessimism? Concerns over the US Fed tapering, civil unrest in Kazakhstan, and the global surge in Covid cases hurt sentiment. 👎

The US Central Bank cut interest rates and printed trillions of dollars to support its economy from the Covid-19 disruption. Locked up at homes with extra cash, retail investors and institutions embraced cryptos with open arms. But, as the pandemic stimulus is withdrawn and interest rates rise, much of that love is likely to disappear. A full-blown energy crisis and internet blackout in Kazakhstan, the world’s 2nd largest bitcoin mining hub, is another negative.🚫

I know what you’re thinking: Is it a buy at current levels? Well, it depends on who you ask. Short-term traders expect prices to drop to $35,000 before bottoming out. On the other hand, Goldman Sachs remains bullish with a 2022 target of $100K. The key question now is: which one comes first? 😜

🔥 Paypal Explores Launch Of Own Stablecoin In Crypto Push

💯 IPL 2022: Tata Group To Replace Vivo As IPL Title Sponsors From This Year

🎲 What Is Wordle, The Five Letter Word Game People Are Going Gaga Over

No Room On The Upside?

Good evening everyone. Markets were down biggy today. 🥺

Nifty and Sensex dropped sharply in the last hour to close near the day’s low. Weak global cues plus reports of an important announcement by the Finance Minister kept investors edgy. Midcaps and Smallcaps also saw deep cuts, down over 2% each. 👎