The Taper is Coming

Good evening, all! Sorry about the late hour… we were just recovering from the market getting smashed to pieces (and yelling at to see if they could try turning the stock market off and back on again). 🤧 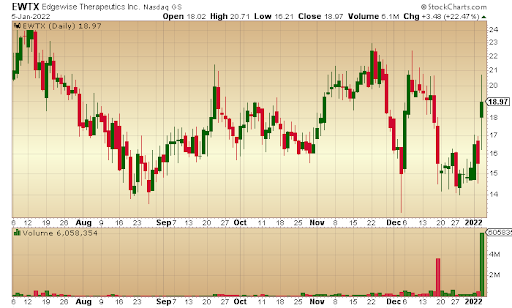 The 10-year Treasury yield tacked on another 1.7% as $TNX reached nine-month highs. The Federal Reserve’s latest meeting minutes indicated that the central bank has considered shrinking its balance sheet once it raises rates later in 2022. ​​📉

All 11 sector ETFs finished lower. Real estate and tech were the weakest sectors, falling 3.25% and 3.07% respectively. 💔

The Fed Prepares to Raise Rates

The Federal Reserve is feeling confident about the state of the economy. According to its own Fed Minutes, released today, America’s central bank is looking to accelerate its plans for interest rate hikes and balance sheet reduction. This is fairly unsurprising, given the rampant discourse about inflation.

With this signal, the Fed might look to start its rate-raising campaign in March. That comes even amidst a rapid rise in COVID-19 cases in the U.S., which recently cropped up more than a million new cases of the virus in a single reporting day. Meanwhile, the 7-day average is nearing half a million. That makes the first wave, and its economic shutdown, look small by comparison.

The Fed isn’t feeling sick, though. Maybe that’s because employment is strong, hospitalizations have been surprisingly low, and a growing sentiment of “who cares about COVID?” is sweeping the economy. On the other hand, the market is feeling sick to its stomach — and that’s because the words “rate hike” are very scary to investors. 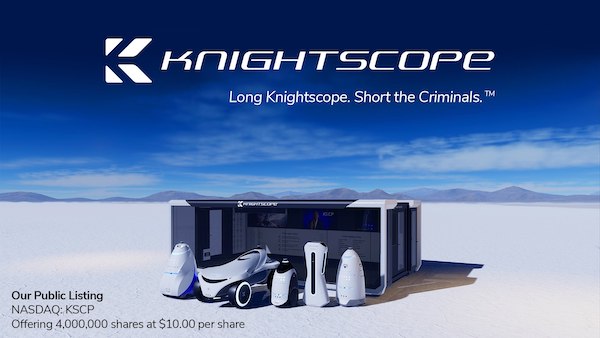 Knightscope’s Autonomous Security Robots are patrolling across the country 24/7/365. With over 28,000 investors and over $100 million raised since inception, including $13+ million in lifetime revenue, Knightscope’s targeting listing on Nasdaq at the end of January 2022.

Offering Circular: https://bit.ly/KnightOC
Related Risks: https://bit.ly/Knight-rr
This Reg A+ is made available through StartEngine Primary, LLC, Member of FINRA/SIPC. This investment is speculative, illiquid, and involves a high degree of risk, including the possible loss of your entire investment. Knightscope intends to list its securities on a national exchange and doing so entails significant ongoing corporate obligations including but not limited to disclosure, filing and notification requirements, as well compliance with applicable continued quantitative and qualitative listing standards. For additional information on Knightscope, the offering and any other related topics, please review the offering circular that can be found at the links above. Additional information concerning Risk Factors related to the offering, including those related to the business, government regulations, intellectual property and the offering in general, can be found in the risk factor section of the offering circular. In addition, the Company retains the right to continue the offering beyond the Termination Date, in its sole discretion.

The same week Ford surpassed GM in valuation (and $F took flight thanks to surging demand for its F-150 Lightning EV pickup), GM released the designs for its Chevy Silverado electric pickup. Stealing back the spotlight? We aspire to be that petty. 😉

The truck was unveiled virtually by GM CEO Marry Barra at the CES tech conference. The Chevy Silverado is GM’s top-selling vehicle, and its electrification has consumers’ attention. ⚡ The model could hit the market in 2023. Here it is:

The EV Silverado will have a 400-mile driving range and additional tech features. GM’s CEO commented “What that vehicle offers I think is unmatched.”

Shoplifting on the Rise

Inflation is pummeling the retail sector, but now retailers are reportedly hurting for another reason — shoplifting. Rates of shoplifting have drastically increased since the onset of the pandemic, which is consistent with periods of recession or consumer distress.

According to the Retail Industry Leaders Association, it was estimated that about $68.9 billion worth of products were stolen from companies like Target, Best Buy, and Walgreens in 2019. Since then, shoplifting has reportedly increased. According to Bloomberg, the average case value per shoplifter has risen with it: 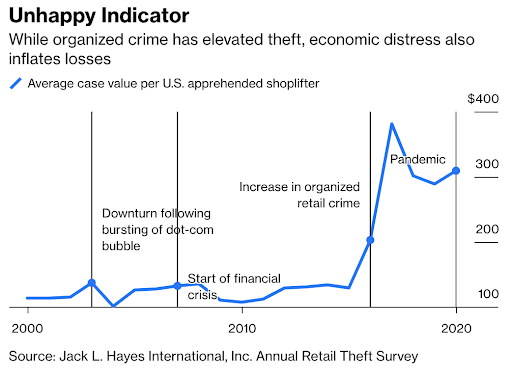 While designer clothes and handbags were the most-stolen items during the shoplifting surge of 2020, necessary items (like pregnancy tests, infant formula, and allergy medicine) also saw a surge in shoplifting during the pandemic. On the whole, the shoe fits: the pandemic stressed millions of people and rising theft points to a distressed public. 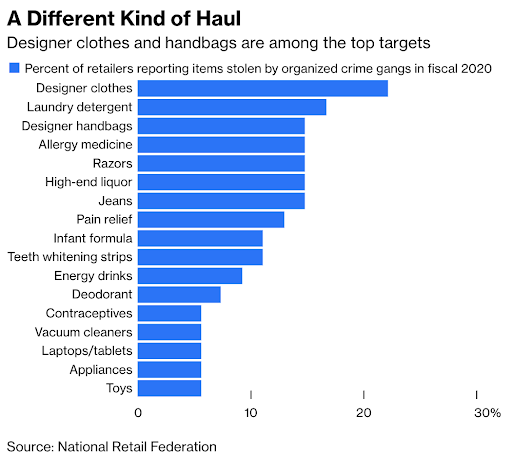 Congress’s response to the sudden pandemic-related rise has been pushing through legislation to crack down on third-party sales of stolen goods. However, to play devil’s advocate, they have not done anything about wage theft or the crooked state of civil forfeiture law. Friendly reminder: crime rates have plunged since 1990.

Ultimately, we’re not sure if this is a real problem for companies yet — yes, business journals can write all they want, retailers are mum on detailing these kinds of incidents, and investors can scare of what this can do to earnings. But what is obvious is that: a) a large number of Americans are struggling to make ends meet; and that b) the “increased prevalence of organized crime” is likely real, but nothing historically unprecedented.

Airlines scrap more flights. Airlines have now cancelled more than 1,000 flights for the 11th straight day, according to the Wall Street Journal. Today, over 1,700 flights were cancelled and more than 3,900 flights were delayed. That brought the total number of cancellations to over 22,000 flight since Christmas Eve. Read more in WSJ.

The Grammys got punted. The Grammys ceremony will be postponed this year due to Omicron’s spread. This cancellation marks year 2 without the awards. CBS and the Recording Academy announced “After careful consideration and analysis with city and state officials, health and safety experts, the artist community and our many partners, the Recording Academy and CBS have postponed the 64th annual Grammy Awards Show.” Read more in ABC.

⚠️ The Most Dangerous Espresso Tool